LG Electronics started pushing out the Android 7.0 Nougat update to unlocked variants of the LG G5 in the United States, owners of the company’s 2016 flagship are reporting. The South Korean consumer electronics manufacturer is distributing the new software package as an over-the-air (OTA) update that’s rolling out in stages, meaning it may take several days before the update is distributed throughout the country. The new software bears the firmware version RS98821a and will replace the Android Marshmallow on the unlocked variants of the LG G5 with the latest major stable build of Google’s ubiquitous operating system. The update is reportedly just over 1.3GB in size, meaning users should ensure they have at least double that amount of free storage space available on their device before they initialize the download. As always, LG Electronics is recommending that your phone is connected to a Wi-Fi network and has at least 50 percent of battery left or is charging before you try installing the new software. This precaution should be heeded so that you don’t render your device inoperable, which might happen if it shuts down during the update procedure.

Users who still haven’t received the push notification prompting them to download the new software package for their unlocked LG G5 models can search for the update manually through the Settings app on their devices, i.e. its “About phone” section. Apart from a new build of the Android OS, the update also ships with the April Security Patch, users who have already installed the new software are reporting, as evidenced by the screenshot below. Following the rollout of the new system update for unlocked variants of the LG G5, all models of the device in the country should be running Android 7.0 Nougat, as Verizon, T-Mobile, and Sprint released the software package in late 2016, while AT&T distributed the build in February.

Being only a year old, the LG G5 is expected to receive at least one major Android upgrade during its lifespan, though it remains to be seen how often will the Seoul-based consumer electronics manufacturer be releasing security patches for the handset in the future. 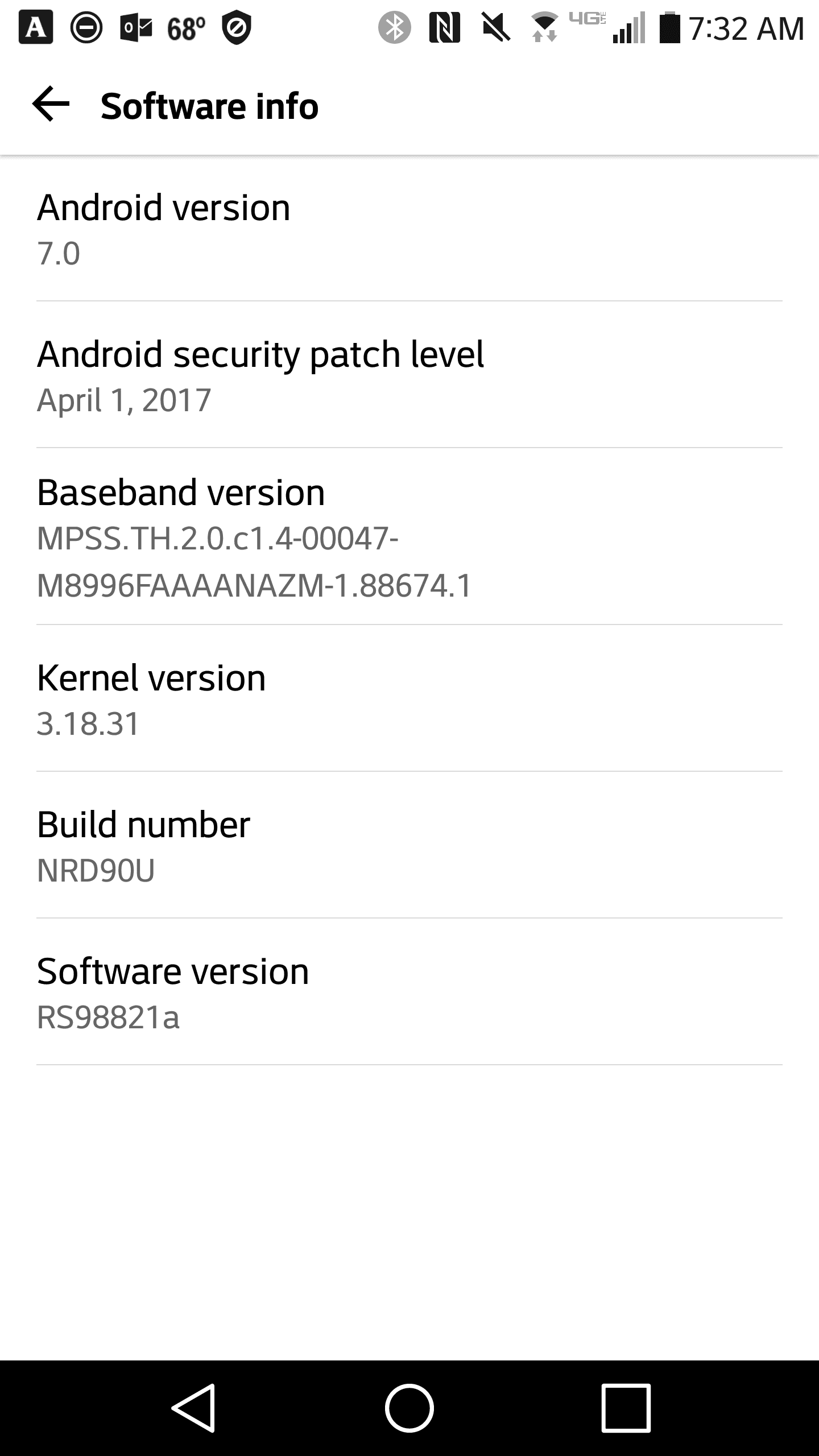