Supply chain leaks, especially photographs, are a major source for substantiating rumors surrounding Apple products. A new photo recently surfaced on Chinese social network Sina Weibo, and was then submitted to Slashleaks, a site dedicated to all manner of leaked images and information. The picture in question is reportedly for a new iPhone SE, suggesting not only that a refresh of the device is forthcoming but also that it will utilize the same glass used in the Apple Watch Sport display.

A Model Number and Materials Manifest 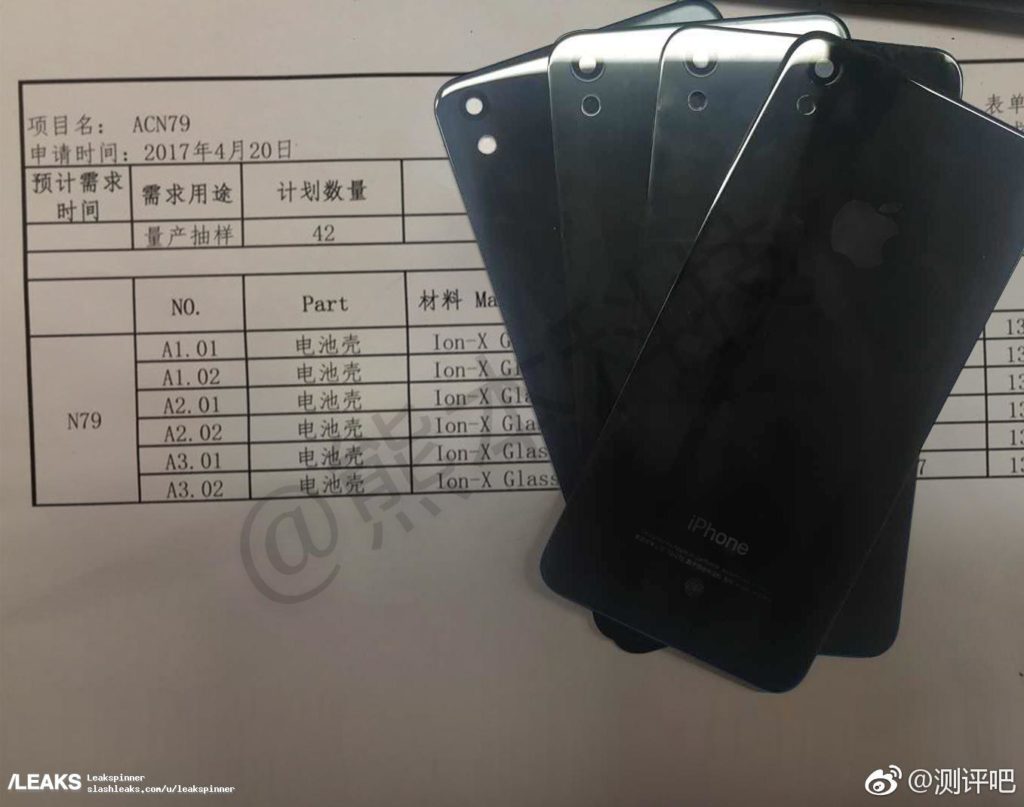 The image shows what appears to be the rear casing for an iPhone, along with a specification sheet of some sort. The paper identifies the device as model number N79, and lists Ion-X Glass as being a component used in the part. The depiction of the rear casing shows a cutout for a single camera lens, along with what could be the rumored vertically-aligned LED flash.

While Slashleaks suggests the component and specification sheet is for a new iPhone SE, the part itself looks more like an iPhone 7-styled design. Since we have yet to see any next-generation iPhone SE design rumors, I’m a bit skeptical that this part is actually for that device and not an iPhone 7S. KGI Securities analyst Ming-Chi Kuo has indicated that a new iPhone SE won’t be released in the first half of 2017, so it’s unlikely that such a device would be announced before the end of June.

The Timing of the Next iPhone SE

Assuming Apple continues with the iPhone SE line, it could be announced in September 2017. However, considering we already expect an iPhone 7S, 7S Plus, and the unnamed next-generation handset at that time, I don’t think it likely that the SE will be refreshed in 2017. I suspect the N79 product will actually be the iPhone 7S, if the leak is real.