The Upcoming OnePlus One Could Give The Nexus 5 A Real Run For Your Money! 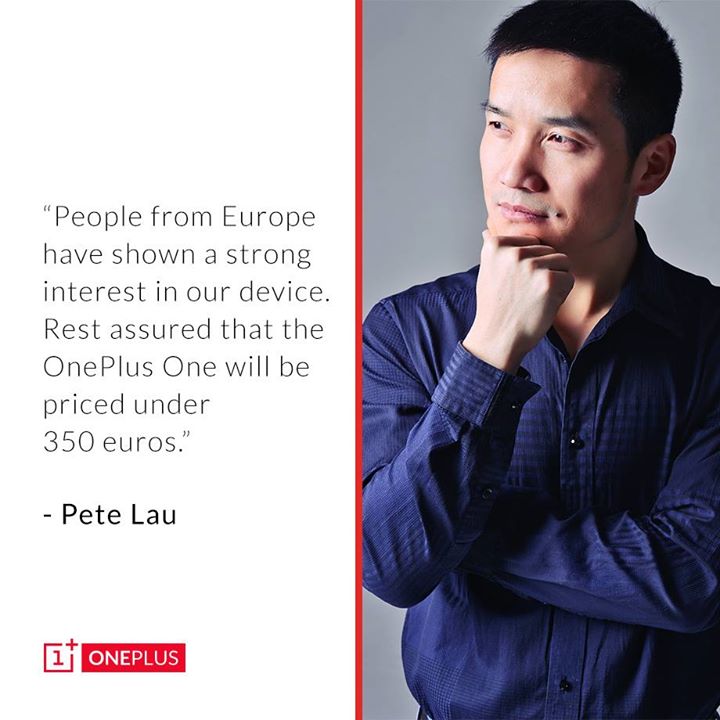 Everybody wants a high-end phone with a low-end cost.  Generally those two “wants” do not play nicely together as consumers normally have to settle for one or the other: a high-end device with a high price tag or a low-priced device that fails to impress.  There are some exceptions to the rule of course.  Nexus devices are generally praised and sought after for their moderately priced premium offerings.   Several new companies are also pairing palatable price tags with premium devices, one such company is OnePlus.

OnePlus has just taken to Facebook and announced that their upcoming flagship device, the OnePlus One, will carry a price tag of just 350 Euros.  While that sounds pretty sweet, when you convert that amount to Canadian dollars the price skyrockets to over $520 CAD; not such a low cost device anymore.  The one possible saving grace is that prices in Euros often matches to CAD or US pricing dollar for dollar rather than matching based in the exchange rate.

That means this device could come to us for under $400 outright and at that price, I’m sure many Android enthusiasts will be intrigued by this top tier device.  Hopefully I’ll have the opportunity to check one of these guys out when they come to market

The Upcoming OnePlus One Could Give The Nexus 5 A Real Run For Your Money! is a post from: Android in Canada Blog

The post The Upcoming OnePlus One Could Give The Nexus 5 A Real Run For Your Money! appeared first on Android in Canada Blog.