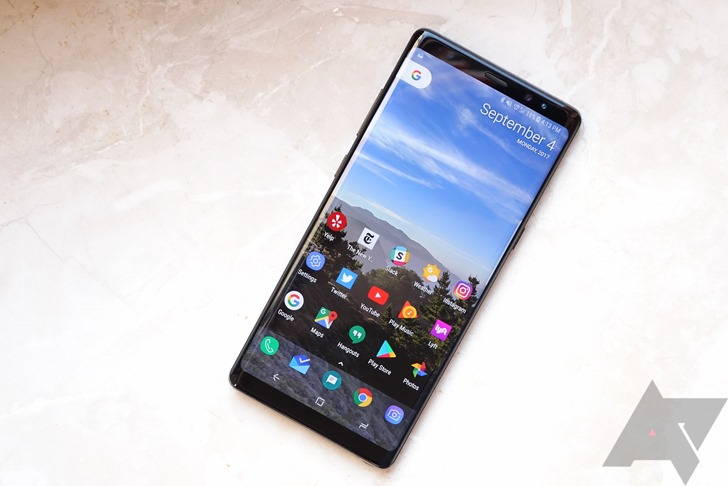 If you own a Samsung Galaxy Note8, you may soon have a bit less envy for those who own the latest-and-greatest Note9. A recent update for last year's Note device brings AR Emoji and Super Slow-Mo video capabilities to the camera, along with the September security patch. It's worth noting that as of now, this update seems to have rolled out to only some Note8 phones running on the Exynos 8895 chipset.

Build number N950FXXU5CRHA, which is nearly 712MB, began rolling earlier this week and was first noticed in France. Here's the changelog:

This update appears to be for the single-SIM, Exynos versions of the Note8, which are available in Europe and Australia. Samsung's website doesn't indicate that a similar update is available for the Snapdragon variants of the device in the U.S. as of now.

Screenshot of the latest Note8 software update (via SamMobile)

It's also worth noting that AR Emoji, which can be described as creepy fun, comes to the Note8 in slightly neutered form. While customization options for avatars come fully intact, Note8 users won't be able to take AR Emoji pictures in real time, according to SamMobile. The new feature is also a bit of a hassle to use and requires downloading the My Emoji Maker app from the Galaxy Apps store (or you can try grabbing it from APKMirror).

Super Slo-Mo, of course, allows you to record slow-motion videos. The S9 and S9+ are able to record 960 frames per second at 720p; it's unclear at the moment whether the Note8 has similar capabilities with the latest update.

The update should roll out to Exynos variants of the Note8 in countries outside of France soon if it hasn't begun already. We'll have to wait and see if the Snapdragon variants of the phablet are in line for the update too.

According to several tips, the Samsung Galaxy S8 is now also receiving the update including AR Emoji and slow-mo video capabilities (although the S8 can only manage 480fps). The September security patch is also part of the 553.1MB firmware download, which is at least heading to Exynos variants of the phone in Europe. We're not sure when or if Snapdragon models will also be getting it, though — let us know in the comments if you that applies to you.