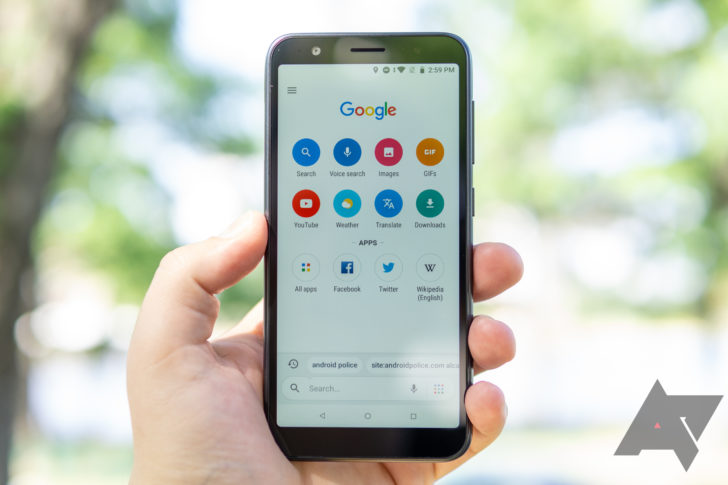 Statistics for Android Go-related sales haven't been revealed, so it's tough to say how many of the phones have been sold. That makes it hard to tell if things are generally going well for the Android Go effort or not. But, a related milestone was just reached that could shed a bit of light on the upper-bounds of the project's success. Yesterday Google Go, an app which ships on Android Go-powered phones, hit 10 million installs on the Play Store.

It isn't absolute proof. No doubt our coverage of the app means a decent number of non-Go devices have downloaded and installed it for its data-saving utility, throwing those numbers out of whack. Google Go also technically started life as Search Lite late last year — which was long before Android Go-powered phones began to ship. Even so, it's not unreasonable to estimate that the milestone places a ~10 million unit upper limit to the number of Android Go phones sold since they all ship with Google Go.

According to Gartner, Android handset sales topped 626 million units combined across each quarter so far in 2018. Since Android Go phones only started being sold this year, that means Android Go-powered handsets accounted for around 1.6% of sales this year at most — again, the real number is likely much less than that.

We don't have any insights into Google's expectations for Android Go, so we don't know if our back-of-the-envelope overestimation is a good sign for the future of Android Go or not. Whatever it might indicate, Google Go seems to have plenty of users, and I'm still rooting for a future where consumers in emerging markets can pick up a $40-50 device that can change their lives — hopefully for the better.

Google Go: A lighter, faster way to search (To be announced, Google Play) →

It only took a couple of weeks for Google Maps Go to follow suit and reach 10 million installs as well. This means we're either looking at a the likely number of Android Go phone sales or at high demand for lighter versions of Google's apps.