[Update: New design hits stable] Goodreads has a beta program for bookworms on the bleeding edge 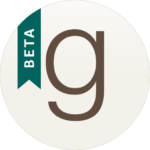 If you're a voracious reader (as many of us here at AP are), then you're probably familiar with Goodreads, which is an Amazon-owned and Kindle-integrated platform for tracking books you've read and discovering new ones. Fans of the service will be glad to hear that Goodreads has a beta program on the Play Store for testing out the upcoming redesign of its app.

We aren't entirely sure how old the beta program is, but this is the first we've heard of the new app, which was last updated on May 26th. 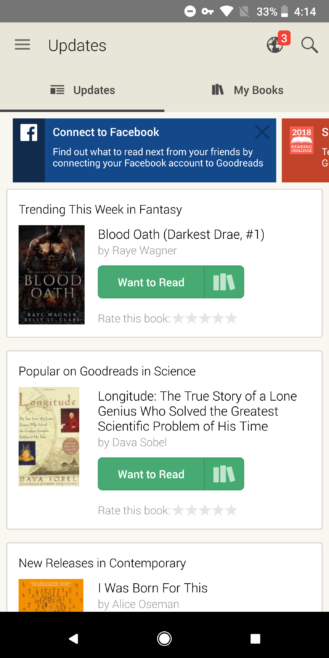 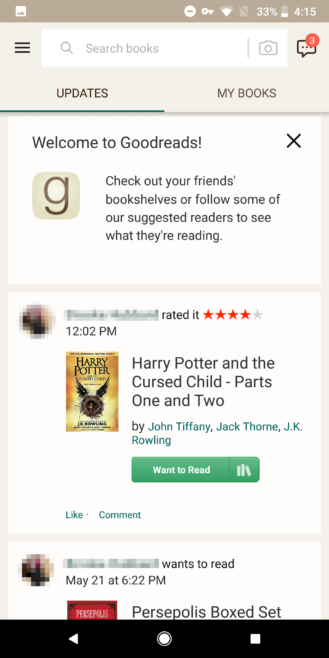 The updated beta version is a bit nicer to navigate, with less nesting in areas like the "My Books" tab, but it seems to have all the same functionality as the current stable version. It isn't listed as compatible with Chromebooks, though.

There is an FAQ for the new beta program up at Goodreads' site which also implies that the testing program may be for a limited number of people. So if you're interested in trying out the latest version of the app and providing useful feedback for it, you may want to register for the program soon.

The new look and improved navigation are now hitting the stable version of Goodreads. You can read all about it in this official announcement post and grab the app from the widget below.