[Update: OneDrive too] PowerPoint and Excel pass 500 million installs on the Play Store 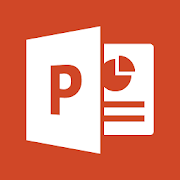 After years of rumors and speculation, Microsoft released Android versions of its primary Office applications back in 2015. Word, PowerPoint, and Excel for Android have undergone many changes since then, like the addition of phone support and closer feature parity to the desktop and web apps.

Microsoft PowerPoint on the Play Store

The PowerPoint and Excel apps have now passed 500 million installs on the Play Store. The apps are pre-installed on some phones and tablets, but that's still an achievement. Word passed the 500 million mark earlier this year.

It was somewhat odd that both apps reached that landmark on the same day, but it appears OneDrive also surpassed 500 million installs that day.

A few other apps passed install milestones the day before this (August 22), so it's possible Play Store numbers were lagging behind for a while and are now catching up. Another possible theory is that PowerPoint, Excel, and OneDrive have very few user downloads - and the collective bump in installs is because they are all bundled together on select smartphones.