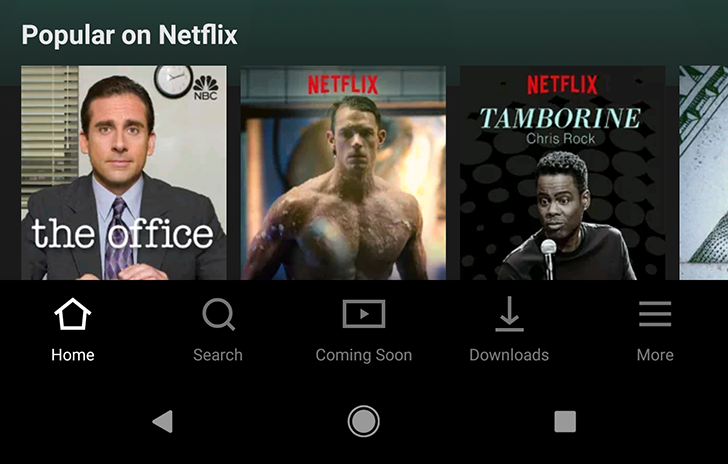 Back in December, Netflix was running what appeared to be a server-side test of a refreshed UI featuring a bottom navigation bar. Now it seems Netflix is rolling out the new interface to some of its beta users, and we finally have an APK download to share too.

The current version of the Netflix app features a hamburger menu that slides out from the left, which lays out a list of user settings, notifications, downloads, My List, and content categories. The search page, which is accessed by tapping the magnifying-glass icon in the top right of the home screen, is blank until you type in a query.

The latest version of the app builds on what we saw in December: All the stuff that used to reside in the slide-out menu is now placed in the bottom bar, which means no more hamburger menu. The Home, Search, Coming Soon, Downloads, and More pages are all accessible via the new bar at the bottom of the screen. The list of content categories is tucked away in the Search page, which seems like a clean, intuitive change. The More page is where you can switch accounts, manage profiles, change app settings, sign out, and administer your account.

Below is a comparison of the old (left) and new (right) interfaces: 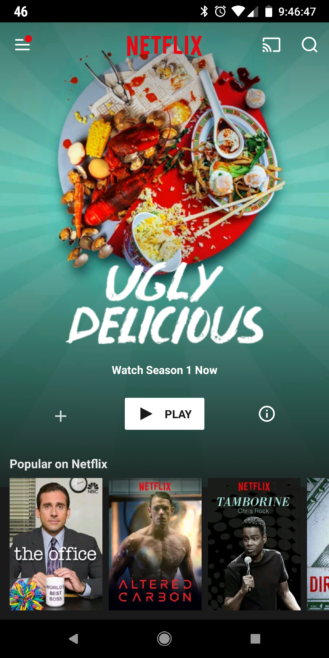 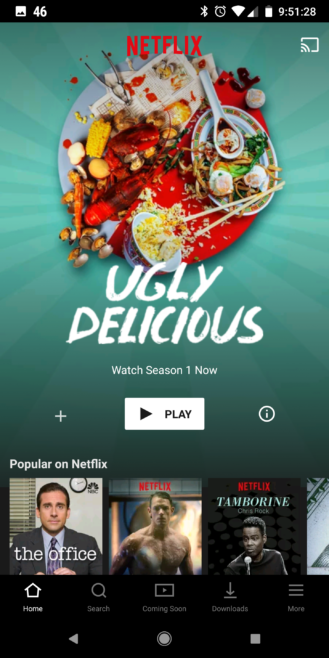 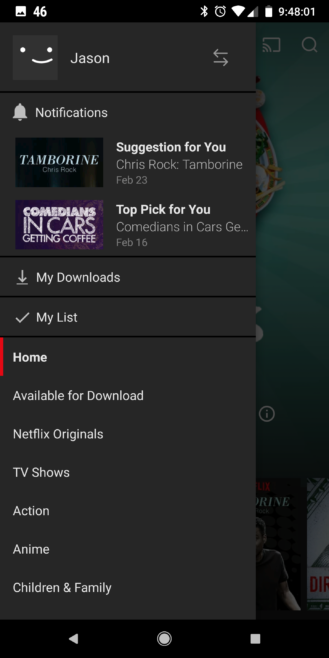 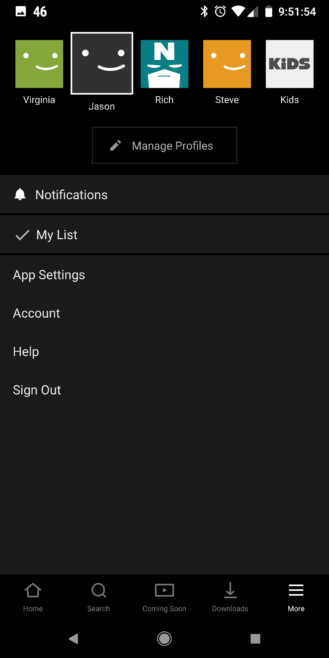 Left: user settings, notifications, and My List in the old slide-out nav menu; Right: those features accessible on the More page of the new UI 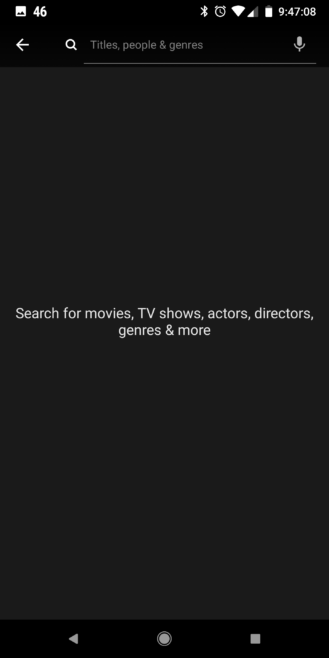 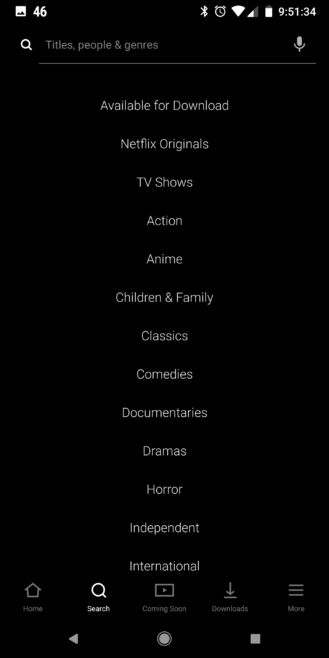 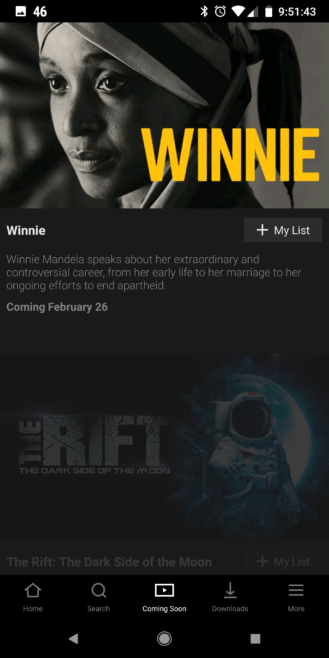 The Coming Soon page, which is featured in the new bottom nav

Netflix's refreshed app UI with the bottom nav seems to reduce some clutter, and it's a nice improvement overall. If you want to have that bottom bar now, see if it shows up for you by downloading the latest version of the Netflix app from APKMirror.

Rolling out to more users with beta version 6.0.0

UI changes including the bottom navigation bar and removal of sliding hamburger menu are now rolling out to all users on the beta channel. Update to Netflix version 6.0.0, either via the Play Store (if you're signed up for the beta) or by sideloading from APK Mirror, and you'll have the latest interface. Before, only a few beta testers had the new UI, as part of preliminary server-side testing in limited numbers. The refresh is certainly an improvement, especially when using a tall (18-19:9 ratio) device.

Some users are seeing another iteration of this design with two differences - these are server-side, so you may have none, one, or both. First is a new floating action button on the bottom right for Chromecast. It's weird, and is quite different from what we're used to in another apps where the Chromecast button is always on the top. Second is a new navigation menu on the top left with no hamburger icon. Instead, there's the N of the Netflix logo plus a new drop-down box to select between TV shows, movies, and Originals, and browse by genre. Thanks Julian, Vincent. The last changes we reported on now appear to be rolling out to more users with the latest Beta update. You should see the Chromecast button relocated to an FAB in the bottom right above the navigation bar, and the Netflix "N" icon appearing top left next with links to TV Shows, Movies, and Originals (or Programmes, Films, and My List for us in the UK) across the top. 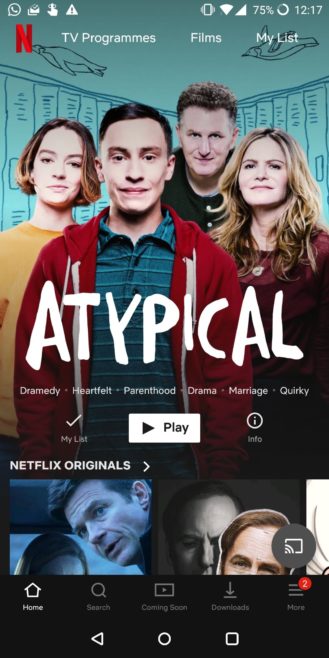 Beta version 6.11.0 is required to get this refreshed UI, which you can download from APK Mirror. It's still possible that Netflix is testing different variations on Beta users, so do let us know if you see anything different.