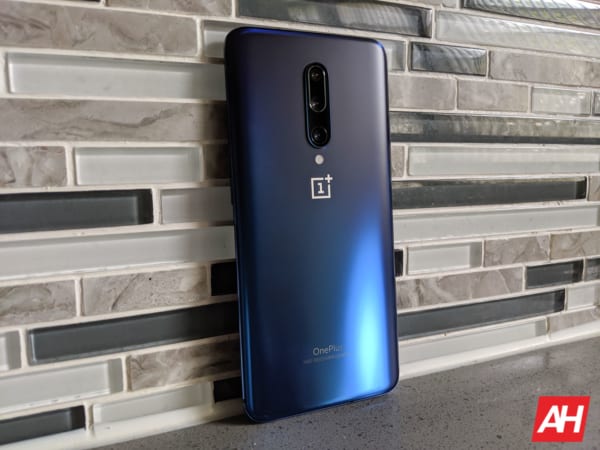 UPDATE: This beta update for the OnePlus 7 and 7T series has been pulled, so you'll have to wait in order to get its security patch and other changes. We're not sure what the reason is for this, but it's mostly likely due to a major bug or something of the sort. 9to5Google claims its due to battery drain, but we cannot confirm that. OnePlus will continue the rollout as soon as the issue(s) is fixed.

ORIGINAL ARTICLE: A new beta update has started to roll out to the OnePlus 7, 7 Pro, 7T, and 7T Pro, and it contains a new Android security patch. In addition to that, the company has included various fixes in this update.

On some OnePlus 7, 7 Pro, 7T, and 7T Pro devices, software voice input could not be recognized. Well, that should not be an issue any longer. The issue with the disappearance of contacts in the address book has also been fixed.

That has not been an issue on many devices, but some OnePlus 7 series units did have that problem. The system stability has been improved as well, while the company squashed a lot of smaller bugs as well.

This update comes with added clock style options, for ambient display. All you have to do is navigate to Settings -> Customization -> Clock style in order to check them out.

The last entry in the list has to do with call recording. You can now view call recording in call history. All you have to do is move to the call history, and click on the three-dot menu in the upper right corner.

That way, you will be able to access call recording. That is about it as far as this update is concerned. It did not add any major new features to the two devices, but some fixes are included, while the security has been boosted as well.

This update is already rolling out OTA

This update is already rolling out OTA (over the air) to those of you who have beta software installed. Those of you who do not, can easily install it.

All you have to do is download the right software package on your phone, and fire up the installation. Installing beta software will not delete data on your smartphone, by the way.

If you ever decide to go back to the stable channel, however, your phone will lose all its data. That is something worth noting, as the vast majority of you will move to stable software sooner or later.

This beta update should not have any major issues, but do note it's beta software. Issues are a possibility, always, so we advise you not to install this update on your daily driver.

There you have it. All four devices just received the very same update, pretty much, it's just marked differently for the two series of OnePlus handsets.