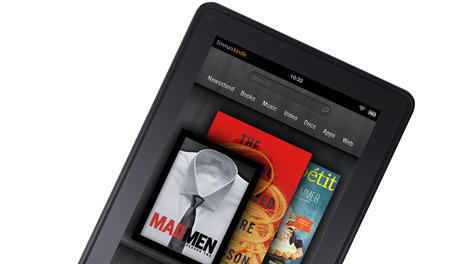 The Kindle Fire has been a big success stateside, though it sadly hasn't yet made it to the UK.

However, there is plenty of speculation and rumour about what the Kindle Fire 2 could bring to the party - and whether it will be available in the UK as well as the US. With Google's Nexus 7 now launching, the new Amazon tablet needs to push things on a step.

So we've rounded up all the suggested Kindle Fire 2 specs, release date and more and put together this little piece to share them all with you.

The Kindle Fire 2 is set to land in 2012, according to DigiTimes, which reported that Quanta Computer has already been given the order to start producing the new device.

On March 26, rumours emerged that Taiwanese chassis manufacturer Catcher had received an order from Amazon for a new tablet.

According to China Times, the first batch of tablets, estimated at 2 million units, could start shipping on August 7. Could the new tablet bring an end to Amazon's monochrome readers?

One thing seems certain: because of unknown circumstances, the tablet won't be sold in Target stores in the US.

Rumours suggest the new Kindle Fire will be priced at the same level as the current Kindle Fire, $199 (converted this is around £130). Some reports suggest the 10.1-inch 'HD' Kindle Fire could mean the older model drops to $149.

The Kindle Fire 2 screen will be bigger

The Telegraph - and many others - predicts a Kindle Fire 2 vs new iPad summertime tablet fight-fest based entirely on a single post by the not-always-that-accurate DigiTimes, which says that the Kindle Fire 2 will have an 8.9-inch touch screen and will begin manufacturing in the first quarter of 2012.

Further rumours in early March and again in June 2012 suggested that the Amazon Kindle Fire 2 will land in both 8.9-inch and 10-inch flavours.

An analyst writing in February predicted a 9-inch Amazon Kindle Fire tablet, as well as a refreshed 7-inch model by the middle of 2012.

Chad Bartley of Pacific Crest has increased his Kindle Fire 2012 sales estimate from 12 million units to 14.9 miilion units, partly due to the expected new models.

"But we believe there is an upward bias, particularly from the new 7 and 9-inch models, which we expect to launch in mid-2012."

The Kindle Fire 2 processor is a quad-core Tegra

That's what Boy Genius Report predicted back in May, anyway: Amazon was "planning on releasing at least two before the end of the year. The smaller 7-inch model could well be based on Nvidia's Kai tablet strategy, which will see $199 Tegra tablets become the norm.

The bigger 10.1-inch Kindle Fire 2 is reportedly codenamed 'Hollywood' and will be based on the Nvidia Tegra 3 which will bring a screaming quad-core processor with a 500% performance increase".

That would come in handy, as some reviews have pointed out that the current Fire is a bit slow, but if it's coming there's no way you're getting it for $200. Amazon may be losing money on every Kindle Fire, but there's losing money and there's losing enormous amounts of money.

Speaking to Gdgt, a "source" claimed that the Kindle Fire 2 is the tablet Amazon really wanted to make, but couldn't get out in time for the pre-Christmas shopping period. In June it was revealed the Amazon Appstore is also going international in preparation.

The Kindle Fire 2 operating system is Android, sort of

As with the first Fire, the Kindle Fire 2 should run Amazon's own fork of Android, which adds a nifty interface to Google's OS. Expect integration with the Amazon app store and services rather than Android market and Google books.

The Kindle Fire 2 display won't be a hybrid

A hybrid e-ink/LCD screen is one for our Kindle Fire 2 wish list, although we don't expect to see it on the next Kindle Fire.

The Kindle Fire 2 specifications might include some missing features

There are some obvious omissions from the current Kindle Fire - GPS, a microphone, cameras - but we're not sure the Kindle Fire 2 needs them: if it wants to be an iPad rival then yes, such things are important, but they're not necessarily deal-breakers for sofa surfing.

Both new Kindle Fire tablets will reportedly be of higher-quality materials and more ergonomic designs.

A BGR source also says that Amazon's new Kindle Fire 2 tablets will be thinner and more similar in appearance to the first-generation Apple iPad, but without any buttons on the front.

In addition, the 10-inch Kindle Fire will house a front-facing camera, and both new tablets will include microUSB ports and, possibly, HDMI-out jacks, says the report.

If a launch is imminent, Amazon won't want to annoy existing Kindle Fire customers by suggesting their shiny new tablet is already obsolete. It'll be called something different, such as Kindle Burny. OK, probably not Burny.

Will there be a Kindle Fire phone? Some reports have claimed that Amazon is currently developing a smartphone in the hope of replicating the success of the Kindle Fire.