Updated: iPad 3 rumours: what you need to know

The web is teeming with rumours about the new iPad 3 processor, cameras and display, so we've gathered together as many details as we can on its possible specifications.

Of course, some of these can be taken with a pinch of salt, but there's definite patterns occuring and we'd say the final iPad 3 release won't be that far removed from many of these rumours

So what's the word on the street about the next iPad?

On 1 July 2011, Digitimes reported that Taiwanese-based component suppliers were gearing up for production of the iPad 3. This was followed in October by a suggestion that production would begin before the end of the year.

Digitimes reported in late November 2011 that panel makers had already started shipping panels for the new iPad 3 - a million in October and two million in November.

Digitimes says the new model is expected to meet the heady heights of 9.5 to 9.8 million units over the course of Q1 2012.

The iPad 3 release date looks set for Spring 2012, with Citi analyst Richard Gardner even predicting it could be as early as February.

The Apple iPad 3 will have a quad-core processor

It's probable that the iPad 3 will have a brand spanking new processor, Apple's A6 - which will surely be a quad-core ARM-based processor. Quad-core designs are coming from various ARM partners and the Tegra 3 has already been launched by Nvidia, as well as the Snapdragon S4 from Qualcomm.

According to the Korea Times in November 2011, the A6 processors are to be manufactured by Samsung, despite the companies' ongoing patent battles.

A retina display was widely predicted for the iPad 2, but of course the current iPad doesn't have a double-resolution display: for now, that's something you'll only get in the iPhone 4 and iPhone 4S. Could an iPad 3 Retina Display be on the way? It's the very first thing on our iPad 3 wish list.

The exciting news is that it looks as though it is happening, with Apple reportedly testing suppliers' current shipments of 2048 x 1536 resolution 9.7-inch displays. Now that iBooks 2 has been launched (as of 19 January 2012), we've also seen further references to 2x iPad screen images - these will, most likely, be for iPad 3.

However, it's not always been plain sailing for the display - rumours continued over the summer and autumn of 2011 that the retina display in the iPad 3 was continuing to be a challenge.

Back in May 2011, we reported that the iPad 3 could launch with a Samsung-made AMOLED screen, following rumours that Apple was in talks on the matter with Samsung execs. There have also been more LG and Samsung rumours, too.

However, according to the Wall Street Journal in late November 2011, Sharp will manufacture panels for the device. Apparently Apple is investing in infrastructure at Sharp's LCD plant. Further rumours said that Apple is looking to implement some nifty dual LED lightbar technology into the iPad 3, apparently in a bid to counter-balance the brightness issue that the Apple tablet may have, due to its super-high pixel density.

iPAD 2: We wanted a retina screen, but didn't get it - what about for iPad 3?

Will the iPad 3 actually be called iPad 2S?

An iPad case maker in China, Chinee, has started to sell a cover for a device it's calling 'iPad 2S'.

Case manufactures have a good history of being on the money when it comes to pre-empting Apple's hardware plans, with last year's iPhone 5-gate being an exception to the rule.

There is no confusion of where the iPad 2S name derives from – following the way of the iPhone as we saw Apple announce the iPhone 4S last year.

According to several rumours the iPad 2S will sport the same look as the 2, with a boost in internal gubbins but slightly more portly in depth.

There may be an iPad 3 LTE version

Persistent rumours suggest LTE support will be provided for the US. Great for the US, though it will leave the UK behind as there's no 4G connectivity as yet. Cnet.com believes that the new iPad may feature a Qualcomm 4G LTE Gobi 4000 chip.

Alongside the much anticipated iPad 3, Macotakara sources seem convinced we'll see iOS 5.1 come out of beta in March too.

Will the iPad 3 have a smaller dock connector?

Parts previewed on some websites indicate that, although the iPad 3 will still have a 30 pin dock connector, the packaging is streamlined. Well, if this is true, we knew it would happen sooner or later.

The iPad 3 hardware could include an NFC chip

Apple's very interested in Near Field Communications, and one particularly tasty rumour at Cult of Mac suggests that the iPhone 5 will use NFC to take over nearby Macs, enabling you to use your data and settings with a flick of the wrist.

The iPad 3 specifications will include more storage

The iPad 2 has the familiar 16/32/64GB storage options. A 128GB option for the iPad 3 isn't impossible - although that might depend on the situation in Asia, where natural disasters caused chaos in parts of the electronics industry last year.

The iPad 3 features could include a Thunderbolt port

Two generations of USB-free iPads suggest that Apple just isn't interested in adding one, but the new Thunderbolt port found in the 2011 MacBook Pro and MacBook Air could be another story: it's a combined accessory/display connector with astonishingly fast performance.

There could be more than one iPad 3

TUAW says the iOS 5 code features new code files for USB devices in the iOS 5 firmware, Through this, TUAW found references to an iPad 3,1 and an iPad 3,2. Is this latter variant the LTE version?

The iPad 3 could be thicker

The iPad 3 might be bulking out, reportedly so it can house a higher-resolution display than the iPad 2, and the extra girth is all down to pixel density. 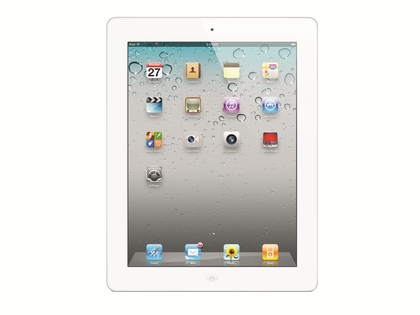 THICKER?: Could iPad 3 be thicker than iPad 2?

The iPad 3 specs might include an SD card slot

This was widely predicted for the iPad 2 and, like the Retina Display, didn't materialise. One for version 3, perhaps? Using a separate adapter to read camera cards is rather inelegant and clunky.

The iPad 3 specification should include a better camera

The rear-facing camera on the iPad 2 isn't brilliant: an iPhone 4S-style camera and flash would do nicely.

Could the iPad 3 have Kinect-style gesture controls? We're not so sure, but rumours suggested so in late October 2011.

The iPad 3 could feature a carbon fibre case

Apple has hired a carbon fibre expert, senior composites engineer Kevin Kenney, fuelling speculation that the next iPad could be encased in the lightweight material.