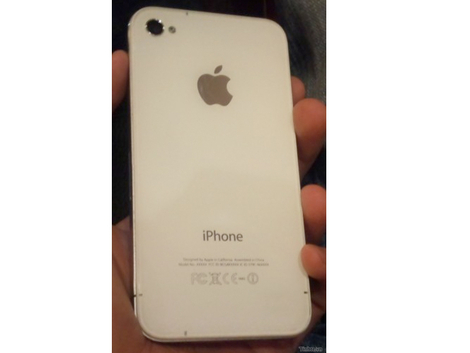 We could see an iPhone 5 or an iPhone 4S - or even both. If the new iPhone turns out to be the iPhone 4S, this is the page where you'll find links to the news, our initial impressions and our hands on iPhone 4S review.

TechRadar will be reporting live from the Apple announcement from 6pm today.

Below are the iPhone 4S rumours that we've been covering leading up to the Apple event.

The rumours are growing every day that Apple is about to launch not one, but two new phones in October: the iPhone 4S and the iPhone 5. Here's all you need to know about the feasibly forthcoming iPhone 4S.

On 30 September the existence of an iPhone 4S seemed ever more likely - but is it just a respin of the current iPhone 4? Read on for more.

But with more information emerging about a phone with 'minor updates' from the iPhone 4 emerging all the time, here's what we know about the rumoured iPhone 4S:

In a similar move from the iPhone 3G to the 3GS(which saw only a slight processor improvement, video camera and compass added) the iPhone 4S will only feature slight spec upgrades, according to Jefferies and Co. analyst Peter Misek:

"According to our industry checks, the device should be called iPhone 4S and include minor cosmetic changes, better cameras, A5 dual-core processor, and HSPA+ support," he wrote.

These claims of 'better cameras' have been corroborated by leaked images of the new cameras from Apple.pro to be used in the next version of the phone - the iPhone 4S will reportedly have a separate flash from the main sensor.

The iPhone 4 has the flash built directly into the camera unit, so the new design could herald an even thinner iPhone 4S too.

Some sites even go so far as to say that you can use the same cases and bumpers with the new handset.

A screenshot from the beta makes several specific mentions the "iPhone 4S", offering both black and white colour variations.

Photos of what is supposedly the iPhone 4S were published in July showing a familiar-looking handset with a plastic casing in place of the iPhone 4's glass finish. 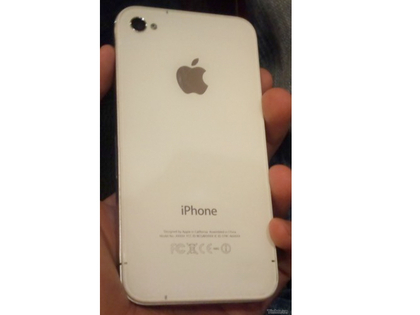 It's almost impossible to tell if these photos are the real deal; they could easily be of a regular iPhone 4 onto which an enterprising fraudster has transplanted into a plastic casing - or simply a pasted a matte cover - but it would go a long way to removing the possiblity of Antennagate again, plus would bring down the cost of building the device to help make it a truly budget iPhone.

Conflicting reports in August suggested the next Retina Display in the new iPhone will remain at 3.5-inches.

A leaked prototype LCD display component uncovered by the MacPost website fits exactly the same form factor as the iPhone 4.

That discovery could be interpreted in two ways. The first is that the iPhone 5 design will remain unchanged.

Secondly, it could add credence to rumours that Apple will launch a second tier 'iPhone 4S' that sticks to the iPhone 4 design.

The nickname iPhone 4S could just represent a devloper's version of the forthcoming iPhone 5, in order to stop the final hardware being leaked.

A select few games devs reportedly received a new iPhone in April, to help them prepare the best titles possible for the iPhone 5 launch.

9to5Mac's source claims that the "iPhone 4S" is almost identical to the current iPhone 4, apart from the inclusion of the newer, faster processor.

Rumours of delays have dogged the upcoming iPhone 5 for months now, and rumours persist the device may be held back until early 2012.

The reason behind the hold-up, sources say, is the dual-core A5 processor that Apple is intending to use has been overheating - presumably this is a space issue in the thinner device, given the iPhone 4S is supposed to run with the same chip.

Many have speculated that this will see Apple waiting until the A6 chip is available, which won't be until the beginning of next year.

If true, this could mean we will see a slightly updated iPhone 4S launch in autumn (another recurring rumour), with a more major upgrade made public after Christmas.

A Vodafone leak shows three memory varieties launching of the iPhone 4S, which may mean we see a new 64GB model joining the 16GB and 32GB line up.

That, or we'll see a cheaper 8GB model swell the ranks.

Gizmodo (who else?) Brazil managed to sneak into the Brazilian Foxconn factory and nab snaps of hardware that looks almost exactly like an iPhone 4 and, interestingly, a document that includes the model number – N90A.

This one seems a lot more credible, with the iPhone 4S coming as an upgraded iPhone 4 to sit alongside the iPhone 5 on shop shelves.

The images show a re-jigged A5 chip inside what is believed to be the iPhone 5, as well as a bigger battery capacity.

Alongside that are purported images of components inside something that looks like an iPhone 4 - showing off a plastic white casing and a dual core A5 chip.

And more innocuously, Al Gore - a member of the Apple board - recently outed 'new iPhones' in a speech, which led to speculation of more than one model emerging.

Gore apparently told a leadership conference in South Africa: "Not to mention the new iPhones coming out next month. That was a plug."

It remains unclear whether Gore meant that there would be multiple models or many of the same new model. The source, Stuff Magazine South Africa's Editor Toby Shapshak, says Gore did not clarify.

Later on Twitter, Shapshak followed up by saying "I clearly heard "iPhones". I recorded it. Double checked. Clearly plural but could be millions of one model."

If an upgraded iPhone 4 does launch with the iPhone 5, then it's highly likley the two devices, running iOS 5, will be launched at the same time, with reports of an iPhone release date between the 10 and 20 October seeming the most likely at this stage.

It will be interesting to see whether Apple does indeed bring out a dual-core model of the iPhone 4 - if so, then surely the company has big plans in store for the more powerful devices, so we should probably all get pretty excited at the possibility of all new applications being able to take advantage in the huge ramp up in power.