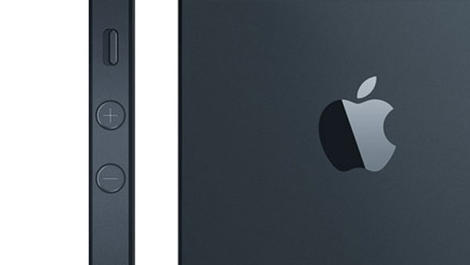 The iPhone 5 may only be a few months old, but we're already hearing information about a successor, which may be known as the iPhone 5S in keeping with Apple's naming convention.

The early arrival of the iPad 4 and the iPad mini - just eight months after the release of the iPad 3 in March - has meant that Apple still has the ability to surprise and we could well see an iPhone 5S appear earlier than expected.

Nevertheless, it's more likely that the iPhone 5S will hit stores in the latter part of 2013, following the trend set by the iPhone 5 and 4S. It's even possible that Apple will skip the iPhone 5S and hop right on to the iPhone 6.

Some developers contacted The Next Web in early January to say they had seen a new iPhone6.1 identifer in logs - a device running iOS 7.

One analyst has claimed Apple could use the iPhone 5S to increase its margin for iPhones as a result of falling profitability.

Apple's past 'S' models have featured the same shell as the core model, though with different features and slightly different tech specs.

The iPhone 5S isn't expected to differentiate itself from the iPhone 5 too drastically, though a better camera and slightly faster processor will surely be part of the package.

That means the iPhone 5S release date could be as early Spring 2013. However, we believe it's still likely that we'll see another iPhone later in 2013.

But that's not what everybody thinks: the Chinese-language Commercial Times estimates that full commercial production of the rumored iPhone 5S has begun already. That's borne out by further rumors suggesting a March manufacturing start date, followed by a mid-year release.

Digitimes reckons the iPhone 5S release date will be a little later, citing predicted sales targets of relevant component manufacturers. "Apple is expected to introduce its next-generation iPad and iPhone series around the middle of 2013... Component orders placed by Apple, which climbed to high levels prior to the iPhone 5 rollout, will rise again between March and April, the observers indicated."

iMore rumours in early March pointed to the 5S being out in August 2013.

iPhone 5S or iPhone 6 will include a Super HD screen display and camera according to new reports in December 2012. The China Times says a 'Touch On Display' panel is being developed by Taiwanese supplier Innolux with 10 point multi-touch and a 0.5mm thickness. Apparently the site spoke to sources inside Apple's supply chain.

According to further rumours, the iPhone 5S might not be the only Apple handset we see this year - rumours abound about cheaper, plastic iPhones, while Apple could be readying an even bigger smartphone to launch in June, apparently called the iPhone Math.

According to the hit-and-miss China Times wesbite the iPhone Math will carry a sizable 4.8-inch display and an 8MP camera.

The new, larger, lower-cost handset could be aimed at emerging markets such as China.

However, it remains likely that the iPhone 5s will simply use the iPhone 5 shell given Apple's penchant for doing this with the iPhone 3GS and iPhone 4S.

In January 2013 iLounge received information that indicated the handset would sport the same design as the iPhone 5 with the key difference being a beefier camera and larger flash on the back.

That's hardly ground breaking from Apple, with the touted 13MP camera on the 5S hardly bucking the trend considering the Sony Xperia Z already has this and we'd expect the Samsung Galaxy S4 to offer up something similar.

New rumours from January 2013 pointed towards the iPhone 5S having a 13MP camera as well.

Have we already seen the iPhone 5S?

It was reported on 6 December that images of a purported next-generation iPhone have surfaced on French website Nowhereelse.fr, revealing an exterior virtually identical to the current iPhone 5 but with slightly different internals.

Phones Review suggests that a dual-SIM iPhone 5S could be released, hot on the heels of a rumoured Samsung Galaxy S4.

More parts appeared in photos shown by BGR towards the end of January 2013.

Needless to say, TechRadar will be keeping a close eye on all the iPhone 5S rumors and will bring you the latest developments as they emerge - on this very page.