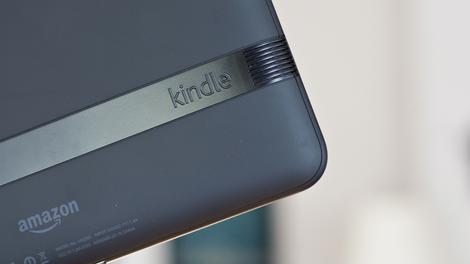 The Kindle Fire HD is a superb device, but we expect a follow-up device at some point this year. Amazon seems to have the ereader market sewn up, especially since the Barnes and Noble Nook has been struggling somewhat, so surely a new Kindle Fire is on the cards.

The Kindle Fire HD also has some serious rivals in the form of the Google Nexus 7 and the iPad mini and so it seems certain that Amazon will want to capitalise on its success.

It will also be interesting if Kindle launches a new model of the Kindle Paperwhite ereader, which was announced in September 2012 and featured a new illuminated screen.

The existing Amazon Kindle Fire HD matches the Nexus 7 in terms of price and hardware and happily tramples all over the iPad mini on price and screen resolution.

Kindles are going from strength to strength - indeed new research from April 2013 showed that new Kindle owners are not only buying significantly more books, but they are even buying more printed books than they would have otherwise as a result. Eight million people in the UK now own a Kindle, while the Kindle Fire makes up 22 per cent of US tablet sales.

We'd expect the new Kindle Fire HD 2 to have a release date around the same time of the year as the last Kindle refresh, so we were expecting something in September 2013 in time for the Christmas season.

Starting from just £159, and offering a 7-inch HD display and a 1.2GHz dual-core CPU, the Kindle Fire HD appears to offer great value for money and we'd expect the new Kindle Fire HD 2 to follow the same path to keep in touch with the Nexus 7.

Expect the next Kindle Fire to be quad-core - the current model features a Texas Instruments 1.2GHz dual-core TI OMAP 4460 CPU which excels for most use, but it doesn't match up with the very best in the tablet space. This processor is based on ARM's Cortex-A9 architecture, which is becoming outmoded by Cortex-A15.

Update: There's some potentially very good news for any of you holding out for the new Kindle Fire HD 2, with recent reports claiming the tablet will sport Qualcomm's quad-core Snapdragon 800 processor, plus an Adreno 330 graphics chip.

RAM will also get a boost in the new Kindle Fire HD, up from 1GB to 2GB, to really give the new Nexus 7 a run for its money.

Storage will be able to rejoice, as the new Kindle Fire will supposedly ship in 16GB, 32GB and 64GB variants. Huzzah!

This is an obvious area for improvement - while the Kindle Fire HD screen is great at 1,280 x 800 pixels, the 216ppi display has an insignificant resolution compared to the iPad 4, for example.

Update: Amazon's new Kindle Fire HD 2 is expected to rock up in 7-inch and 8.9-inch variants, with the larger of the two apparently set to get an 8MP camera slapped on its rear.

Both models of the new Kindle Fire HD are expected to pack Wi-Fi, cellular connectivity and front facing cameras.

Check out our TechRadar tablet buying guide below.