Updated: PS Vita: what you need to know 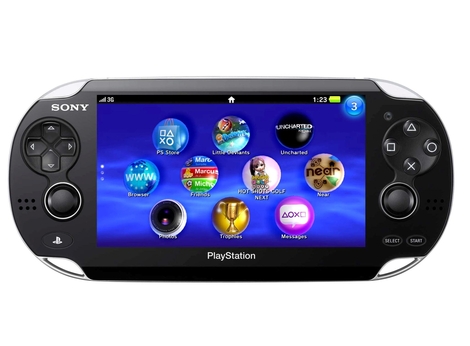 PlayStation Vita: what you need to know

It's here! And by "here!" we mean "nearly here!" After much rumour and speculation, Sony has announced that the new PSP - formerly codenamed NGP for Next Generation Portable - will be called the PlayStation Vita.

So what are the PlayStation Vita specs, when will the UK release date be and how much will it cost?

As the more eagle-eyed of you will notice, this is a near like-for-like dollar and pounds pricing strategy, something us in the UK are unfortunately getting used to now.

There was originally a credible previously rumoured pricing. Given that the Wi-Fi only version of the new PlayStation Vita would be $249 in the US and €249 in Europe, an unnamed source told CVG that the UK price will be "in the region of £235". However, this would now appear to be untrue.

PlayStation Vita UK release date will NOT be before Christmas

Nobody expected Sony to miss the all-important Christmas shopping period, but it looks like it's going to. While the release date was originally planned for October 2011 (aflyer from Blockbuster put the PS Vita release dateat 28 October), Sony has now said that the PlayStation Vita UK release date has been pushed to 2012 - boo!

On 14 September 2011, the PlayStation Vita was given a release date of 17 December in Japan, with a promised 26 games at launch and 100 in an unspecified 'launch window'.

In addition to the Wi-Fi only version, which does 802.11b, g and n, the PS Vita will also be available with integrated 3G. This will cost slightly more money.

You also get twin analogue sticks and a ridiculously powerful quad-core processor based on the ARM Cortex A9, the same kind of processor you'll find in many top-end tablets. Expect four to five hours of battery life. 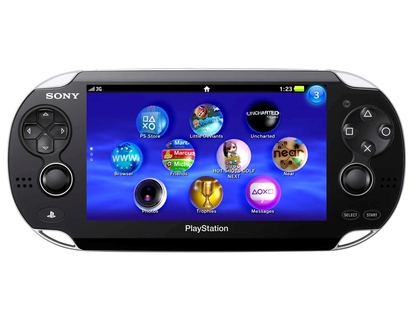 Some reports suggested that the PlayStation Vita's memory would be slashed to cut costs. But according to a Sony press release in mid-August this isn't the case as the specs reveal that it will indeed have 512MB of RAM and some 128MB of VRAM to go alongside this.

The PlayStation Vita specs include a touch-sensitive back

The PS Vita has a touch-sensitive back so you can control the on-screen action without hiding it behind your fingers. The screen's multi-touch too. The combination of a touchy front and back is fascinating - Sony talks about it enabling "touch, grab, trace, push and pull hand movements."

The new CPU for Sony's latest handheld will apparently be made using a 45 nanometre process.

The PlayStation Vita doesn't just have that nifty quad-core processor: it's got a quad-core PowerVR graphics processor too. We can summarise its spec in one word: mighty.

Other features include a screen resolution of 640x480 (VGA) and frame rates will be 60 frames per second. This can be doubled, however, to 120fps but the resolution is cut to 320x240 (QVGA).

These PS Vita screenshots show off the PS Vita's bubbly graphics. There's certainly some colour there.

The PlayStation Vita specifications include GPS

Sony promises that the Vita's built-in GPS will mean some interesting location-aware games via the PlayStation Network, and an application called Near will let you know if your friends are, you've guessed it, near you.

According to Play.tm, Sony will be putting an initial limit of 20 MB on 3G downloads on the PlayStation Vita. That's the same limit as the iPhone has over 3G.

Sony Computer Entertainment Europe R&D manager Phil Rogers told delegates at the recent Develop conference that gamers would be able to use the PS Vita to "drive a display from a PS3 game, for example."

"PS3 can send data down to Vita and Vita can display it. You could use the unique features – gyroscope, touch front and back – as a control device for a PS3 game," the Sony exec added.

The PlayStation Vita does things with rabbit ears

From the Sony press release: 'by having both Wi-Fi and 3G network connectivity, together with various applications, PS Vita will enable infinite possibilities for users to "encounter," "connect," "discover," "share" and "play" with friends wherever they are.' That "sounds" quite "good", doesn't "it"?

Other PlayStation Vita games, such as Capcom's Street Fighter X Tekken, will be available from third-party game developers and publishers.

"It's obviously a top priority," he admitted. "We're going to launch early next year and it's critical that a marketplace the size of ours has a successful launch, installs a lot of product, and that we publish all the great games that we have [lined up for it]."

Ryan believes that it will be headlining games that make the Vita a success when it arrives across the globe.