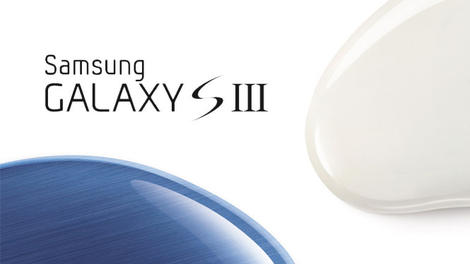 Samsung Galaxy S3: what you need to know

And it was no surprise - Samsung packed a very powerful and capable processor plus a very nice camera into an unbelievably slim case.

Samsung published endless press releases about its ever growing global sales figures, which can only mean one thing. A sequel is guaranteed for 2012.

Samsung has confirmed that the new Galaxy S3 will be launched on May 3 at Earls Court, London - will it be your next Galaxy smartphone though?.

The Galaxy S 3 (which we've also seen referred to as the Galaxy SIII) is bound to be at least powered by a dual-core processor, but there's even been rumour of a quad-core chipset in Samsung's pipeline, which may power the S3. Here's what else we've gathered so far.

Check out our Samsung Galaxy S3 photo evolution gallery - do you believe any of them?

Update: Samsung has been messing with our minds, as it firstly put up the tgeltaayehxnx.com website complete with mysterious countdown after a cryptic tweet from its mobile Twitter account - which was followed by a video teaser for the upcoming event on May 3 in London, once the countdown had ended.

The video gives little away when it comes to the Galaxy S3, however Samsung manage to get a dig in at the competition, calling them all sheep. Take a look for youself…

The Samsung Galaxy S3 launch date has been annouced as May 3. An invite sent to TechRadar confirmed the event will take place at Earls Court in London.

It's great to finally have the May 3 date in the diary. Over the past months we've seen more rumoured dates than you could shake a stick at, from the original expectation of a Mobile World Congress launch in February, to various reports from around the world including March 15, March 22, March 30, April and May 22.

What this shows is that Samsung has done a darn good job at keeping its plans under-wraps and we're still none the wiser on when the Galaxy S3 will actually hit stores.

We expect the Samsung Galaxy S3 to land in your hands soon after the launch event, in an Apple-style assault on the market, which sees a super-quick turn around from announcement to handsets getting shipped.

The Samsung Galaxy S3 launch date has been annouced as May 3. An invite sent to TechRadar confirmed the event will take place at Earls Court in London.

It's been suggested the reason Samsung has delayed the Galaxy S3 until after MWC 2012 is so it can be launched simultaneously in the US and rest of the world.

The Galaxy S2 suffered a US release delay, which saw it arrive several months after the rest of the world and Samsung is keen to avoid the same situation this year.

15 best Android tablets in the world

The US market may see different variants of the Galaxy S3 handset which is set to be revealed on May 3, as Samsung could opt to only launch 4G enabled Galaxy S3's in regions which currently support the high-speed network – thus leaving parts of Europe with a 3G version.

Obviously we don't have pricing details for an unannounced phone, so all we can do is speculate. Given the recent launch of the Galaxy Nexus, which sold for an enormous £520 around its launch and for the following few weeks and was available on contracts starting at £36, that's the high-end level we expect of the S 3.

The Galaxy S2 was put on sale for £500 at launch, and contracts for a whopping £46 per month weren't hard to find either. However, that price dropped very quickly, so we expect the same to happen again.

In fact, given the success of the S2 (pictured below), we could even see it set new highs for Android phone prices, as Samsung fans clamour for what will surely be one of 2012's must-have mobiles. 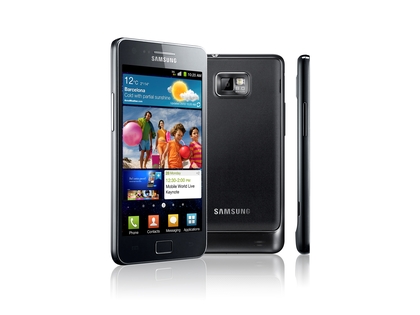 Back in November, details of a next-gen Samsung Exynos 4412 chipset were uncovered, describing it as a quad-core unit said to be clocked at 1.5GHz.

Given that Android manufacturers are all clamouring to boast about who's got the most cores in their devices, it'd make perfect sense for the S3 to be announced as a headline-grabbing quad-core phone.

If not, Samsung has officially revealed its work on the dual-core Exynos 4212, a dual-core ARM9 chipset that's claimed to be 30% more efficient and substantially faster than the unit inside the Galaxy S2. Even that lesser option would still make the S3 a great phone.

Or there's the newer Exynos 5250, an up-to-2GHz dual-core model that supports an incredible maximum resolution of 2560x1600. This seems primarily designed for tablets, but with phone specs increasing at such massive speed, who knows?

Update: Leaked information on the Galaxy S3 apparently confirms that it will pack a 1.5GHz Samsung Exynos quad-core processor.

Update: A report suggesting the Galaxy S3 will pack the "quad core exynos 4412" processor was leaked alongside a spy shot claiming to be the handset.

Update: The 1.5GHz quad-core Exynos 4412 processor rumour gets even more backing after reports of a Samsung executive revealing details to the Korea Times.

Update: A video claiming to show off the Samsung Galaxy S3 has appeared online claiming it will pack a 1.4GHz quad-core processor.

Update: Benchmarks results claiming to be from the Samsung GT-i9300 have appeared online and show the handset to wipe the floor with the competition in terms of processor power and graphical capabilities.

Nothing is confirmed yet, of course, but given the Q2 2012 launch date and the fact that Samsung is already releasing test versions of an Android 4.0 update for the Galaxy S 2, the S 3 is all but guaranteed to arrive with a version of the Android 4.0 Ice Cream Sandwich release.

Google has recently published the 4.0.3 code which it says should be considered the baseline of the Ice Cream Sandwich code, so expect that version to launch on the S 3 at the very least.

We would also expect the Galaxy S 3 to feature a version of Samsung's TouchWiz user interface skin layered over the top of Android as well, which will help differentiate the phone from the "vanilla" Android 4.0 as found in the Samsung-made Galaxy Nexus.

Update: Leaked information suggests the Galaxy S3 will run Ice Cream Sandwich - no surprise here, but if the report is legit it contains other specs about Samsung's hotly anticipated handset.

Update: An image below claims to show the Samsung GT-i9300, running Android Ice Cream Sandwich with TouchWiz overlay, and touts itself as "the real deal" - could this be the Samsung Galaxy S3?

Update: It seems pretty certain that the Galaxy S3 will run Ice Cream Sandwich, however it appears Samsung are going to stay faithful to the physical home button.

Not much to go on here at the moment, but 1GB of RAM seems to be emerging as the new benchmark for comfortably running Android while maintaining solid performance, so that's our best guess for the S 3.

In terms of onboard storage, the Samsung-made Galaxy Nexus did away with the SD card storage slot, only letting users have the 16GB the phone came with. If that's the way Samsung and Google see the future going, perhaps the S3 will bin SD card support as well.

Update: A report suggests the Galaxy S3 will be available in several varieties, giving customers the choice between 16GB and 32GB versions.

Update: A video claiming to show off the Samsung Galaxy S3 has appeared online showing a handset packing 16GB of internal storage and 1GB of RAM.

The Galaxy S2 seemed enormous with its 4.3" screen, but since then we've had the even bigger 4.7" HTC Sensation XL, the 4.65-inch Galaxy Nexus (below) and the insanely huge 5.3" Galaxy Note. The most recent mention of Galaxy S 3 screen size came in a rather dodgy-looking Samsung presentation slide, which claimed the S3 would feature a 4.6" screen. Update: During its CES press conference Samsung popped out a promotional video with a very large-looking device appearing for a fleeting second, with an edge-to-edge display and much larger chassis. Although it could be a revamped Galaxy Note, we're still hoping it was a great S3 leak.

A very dodgy-looking picture has also appeared that supposedly shows the new Galaxy S3 with a flexible screen, although we're taking that with so many pinches of salt our cholesterol levels are dangerously high.

We wouldn't be surprised to see the S3 feature a bigger display than that of the Galaxy Nexus, though, offering something nearer the 5-inch end of the scale – as Samsung will surely want to have something considered both biggest and best as its new 2012 Android flagship.

Update: BGR has reported an information leak which confirms the Samsung Galaxy S3 will pack a 4.8-inch screen with a Full HD 1080p resolution and 16:9 aspect ratio.

Update: A report leaked on Reddit suggests the Samsung Galaxy S3 will come with a 4.7-inch SuperAMOLED+ HD display.

Update: According to DDaily the Galaxy S3 will feature a physical home button, instead of the on-screen Ice Cream Sandwich navigation options.

Update: A video claiming to show off the Samsung Galaxy S3 has appeared online revealing it will sport a 4.6-inch HD (720x1184) display with 320dpi.

All we have to go on here is more news from Samsung's imaging development teams, which announced the 16 megapixel mobile sensor back in October.

The tech spec of the S5K2P1 state it can capture 60fps HD video, while the still system can take 30 8.3 megapixel shots a second, eliminating shutter lag. If that sensor makes it into the Galaxy S3, every smartphone user in the country will be blagging an upgrade on launch day.

A picture was taken apparently using the camera on Boxing Day, with the EXIF data confirming not much more than it has a flash and it was used at Samsung HQ - is this picture of a plant really the future of Samsung photography? 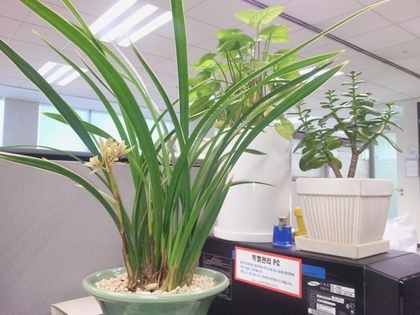 Update: A report leaked on Reddit suggests the Samsung Galaxy S3 will have a 12MP camera, built flat into the back of the handset, meaning there will be no bump as found on the Galaxy S2.

Update: Leaked images of the Samsung Galaxy S3 claim that the handset will come with a 12MP camera.

Update: A video claiming to show off the Samsung Galaxy S3 has appeared online suggesting it could pack a poxy 8MP snapper - where's the fun in that Samsung?

Update: Reports from Korea suggest the Samsung Galaxy S3 may come with wireless charging capabilities allowing you to say goodbye to that fiddly night-time plug in ritual.