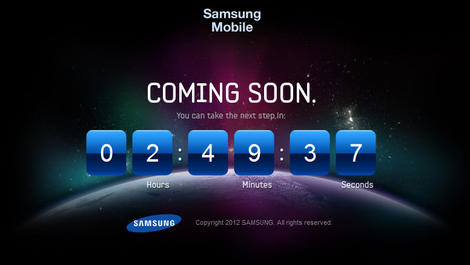 Samsung is playing up to the hype surrounding its eagerly anticipated next-generation handset, the Galaxy S3, after releasing a teaser website. 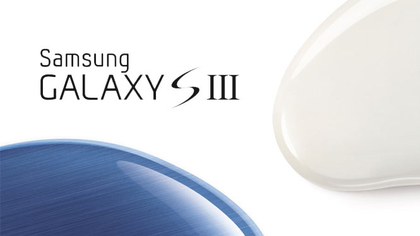 The site was spotted by The Verge, after Samsung Mobile tweeted a cryptic message yesterday afternoon.

The tweet read "Destination: tgeltaayehxnx" which, for the countdown enthusiasts among you, is an anagram of 'the next Galaxy'.

You can take the next step in...

That anagram also makes up the URL to the teaser website, which features a large countdown timer, set to expire at 12 noon London time (7am EST).

The site gives little away, merely saying that something is "Coming Soon" and that "you can take the next step in" – the title tag of the page reads "a whole new universe", so could this be a tie-in with the S-Cloud service we heard about last week?

We're hoping it will reveal some information about the Galaxy S3 handset, which is rumoured to sport a quad-core processor, 4.5-4.7 inch HD screen, 8MP-12MP camera, Android Ice Cream Sandwich and NFC technology.

Something will be revealed at midday, we just don't know what. Keep it locked to TechRadar for the latest information surrounding the Samsung Galaxy S3.