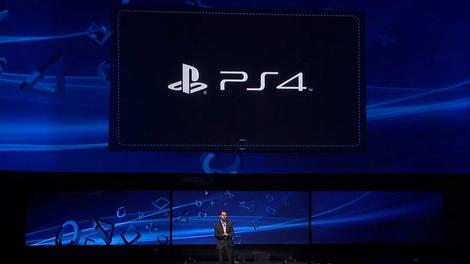 Sony has officially lifted the lid off the PS4 during its New York City event today, showing that it wasn't just gathering journos and developers for the biggest practical joke ever.

The console, which Sony weirdly enough didn't show at all during the event, should arrive by holiday time 2013.

It didn't take long for Sony's Andrew House to announce what we expected all along, but Sony took its sweet time wandering through the console's specs.

Let's take a look at the insides: the console owns an x86 CPU, houses 8GB of GDDR5 unified high-speed memory, and a "highly advanced" PC GPU with "remarkable longterm potential." The GPU features nearly 2 teraflops of performance, Mark Cerny, lead system architect, said as he ran through the innards.

There's a suspend and resume function accessible thanks to a press of the power button, eliminating (in theory) the lag in boot times.

There's a secondary chip dedicated to uploading and downloading titles, regardless of whether the system is on or off. Users can also play games are titles are getting downloaded onto the system, a definite perk for the impatient gamer.

We've also been introduced to the all-new DualShock 4 controller, a touchpad-packing controller especially designed for the new system.