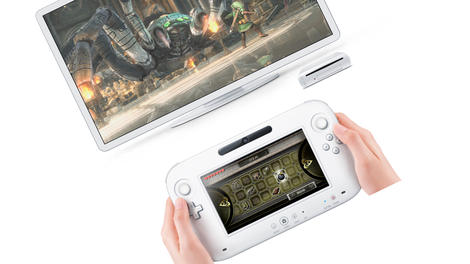 As original Nintendo Wiis gathered dust in households across the UK, Nintendo confirmed it would unveil a second-generation 'Wii 2' - the Wii U - at E3 2011.

Nintendo has sold around 90 million Wii consoles so far and is clearly keen to capitalise on that huge success with another offering that will appeal to casual gamers.

Remember when you first heard the name Nintendo Wii? Many people laughed and said it would never catch on. It did. Nintendo is hoping that Wii U will capture people's imaginations in the same way.

Since the launch at E3 2011, we've rounded up all the new details on the new console and even seen it - check out our Hands on: Nintendo Wii U review.

The original Nintendo Wii console was woefully underpowered compared to the Xbox 360 and PS3 and was thus shunned by most of the leading games developers.

But while it has been confirmed that the Wii U will be the first 1080p Nintendo console, latest rumours suggest Nintendo is once again building a console that won't match its rivals for graphical prowess.

According to IBM, Nintendo's Wii U is powered by a custom 45nm multi-core Power processor with embedded DRAM. But anonymous sources have told Games Industry Biz that the Wii U hasn't got the power to match even the current crop of consoles, never mind the PS4 or Xbox 720.

Another said: "It doesn't produce graphics as well as the PS3 or the 360.

"There aren't as many shaders, it's not as capable. Sure, some things are better, mostly as a result of it being a more modern design. But overall the Wii U just can't quite keep up."

So any Ninty fans hoping for a next-gen beast of a gaming machine are likely to be disappointed.

Wii U's graphics carry on the ATI heritage of the Wii, with a custom AMD Radeon HD GPU reports Kotaku.

Nintendo has confirmed that the Nintendo Wii U will go on sale in time for Christmas 2012. Previous reports indicated the release date might be a bit sooner than that, but you can be sure that Nintendo will be pulling out all the stops to ship the product on time - if it misses the Christmas season it's wobbly financial situation will only get worse.

Wii U has a touchscreen controller

The controller for the Wii U is, as was rumoured, a 6.2-inch touchscreen tablet that also features an accelerometer and gyroscope for motion control, dual analogue sticks, rumble feedback, a D-pad, a front-facing camera, triggers and shoulder buttons, start/select/home buttons and a microphone.

Each Wii U console will come with a new controller and can also use up to four additional Wii Remote or Wii Remote Plus controllers. The system is also backward compatible, and can play all Wii games and use all Wii accessories.

The controller has been through several revisions since it was first shown off by Nintendo, with the latest version of the device sporting official logos and a different position for certain buttons.

Can Nintendo disrupt the market - just as they did with the original Wii controller - yet again? 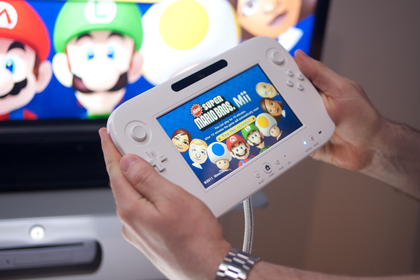 Wii U UK price and Wii U US price

Pricing is yet to be announced. But the fear is that, with the new controller, it may be a little too high. Latest rumours suggest a $600 Wii U US price which would suggest a £399 Wii U UK price . Earlier rumours close around the $250 mark were swiftly debunked.

It appears the original Wii's Gamecube controller compatibility will be binned. while there will be four USB ports under that hatch/at the rear and there will still be an SD card slot. There will also be some internal storage, though you'll be able to boost that by plugging in an external drive. And, as befits an HD console, there will be HDMI onboard, in addition to S-Video and component. Also expect 802.11n Wi-Fi.

We know Wii U will be backward compatible with all past Wii games, but we don't know for sure if there will be any upscaling - or indeed whether the unit will boast a Blu-ray or DVD drive.

However, a company exec has revealed that the system's proprietary disc format will hold up to 25GB of data, but it will not be compatible with Blu-ray.

You can play games solely on the Wii U touchscreen controller

Nintendo president Satoru Iwata agrees that the first Wii U demo video "may have answered some questions, but it probably raised several others, too".

But the key concept is clear - Nintendo hopes that you will be able to transfer the game you are playing on a TV screen in your home to the local screen, should you wish to play alone in your bedroom or study - perhaps if someone else needs the TV.

"Up until now, home console games had to occupy the TV screen in order to be played. But, the new controller for Wii U with 6.2-inch screen means you won't need to give up your gameplay when someone else comes in the room and wants to watch a TV programme." 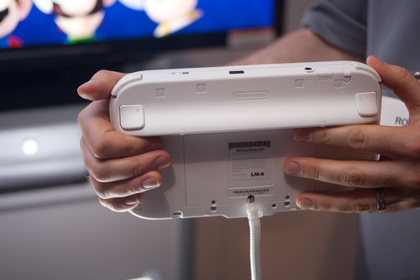 Demos show that you can move your game from the TV to the screen in your hand almost immediately.

Games can also make use of both screens - there's an ace video of this in action where a girl is using the controller as the tee in a golf game while using a standard Wiimote to actually swing - it's at 3m30s.

Here's a pic of the controller in use for baseball: 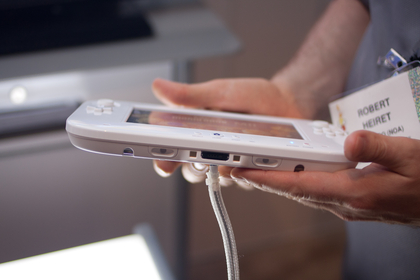 In multiplayer games the player using the new controller can have a different experience than those looking at the TV.

Wii U does video calling and more

It also looks like you will be able to make video-calls on the Wii U control pad, using its front-facing camera. Plus, you will be able to share content such as your holiday pictures and home videos from your local controller to the main television with ease.

Wii U is fully backward compatible with kit and games

Wii U is fully backward compatible, which means that you can play all of your current Wii games on the system and use your Wii Fit or any other accessories you currently use with it.

Wii U could have an app store

Wii U will go beyond the current Wii Shop offering and provide a mass of apps and other web services. Other rumours have also suggested Wii U will include ereading capabilities in the controller.

But Wii U's controller is not a standalone handheld console

The controller needs to be tethered to the Wii U console to function - it isn't a PlayStation Vita competitor.

Wii U games will be plentiful

"Wii U was created so that the widest variety of games can be supported," says Nintendo. "That means those aimed at experienced controllers that can use circle controllers using both their hands, plus those games that can be intuitively played without the need for any buttons."

Games design guru Shigeru Miyamoto says of Nintendo's new home console: "More than anything I'm really looking forward to new styles of play... There are so many we're just trying to decide where to begin."

Ninty announced new content based on its own franchises such as Mario (see below) and Zelda, but more interestingly, says our own Adam Hartley, "is that EA, Ubisoft, Sega and lots of other third-party games developers were showing off new adult-themed, hardcore games that they are making for Nintendo's Wii U."

"Graphically, many of the games look on par with new AAA titles on PS3 or Xbox 360.

"Hardcore favourites such as Tekken, Assassin's Creed, Batman Arkham City and Ghost Recon Online were also demonstrated. Clearly, Nintendo aims to push Wii U to the hardcore crowd as well as to the casual market it has so successfully won over with Wii.

"EA boss John Riccitiello took to the Nintendo stage to tell the crowd that: 'Over the years I've made E3 appearances with several console partners, but never before with Nintendo.'"

Official Nintendo Magazine reported in October 2011 that Call of Duty may also make it to the Wii U while a month later CVG said predicted that there will surely be a new version of Mario Kart to go alongside the new console.

Ubisoft says it believes the Wii U will be a big success.