Updated: Xbox 720: every rumour about the new Xbox 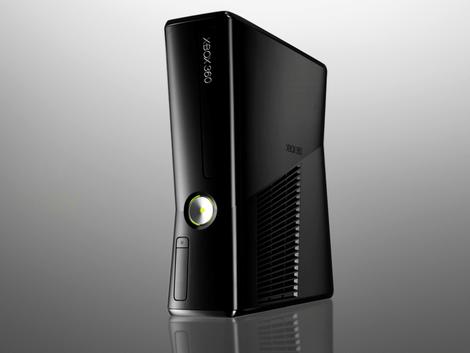 Xbox 720: every rumour about the new Xbox

Rumours about the next Xbox (or Xbox 720, as it's often referred to as) are now more than just internet gossip.

It's one thing to wildly speculate about the next Xbox console. It's quite another to find out that Microsoft is gearing up to build one.New Xbox release date

Recent job postings reveal that the Xbox Console Architecture team is hunting for new blood. Successful candidates will join a team that will be "responsible for defining and delivering next generation console architectures from conception through implementation."

ITProPortal also suggested in October 2011 that several employees were giving away their involvement on their LinkedIn profiles, such as "Xbox Next Gen Creative Director."

It also came to light in August 2011 that the next Xbox could actually overlap with the Xbox 360's lifespan. That's according to an interview from Metro with Xbox's European head Chris Lewis.

According to reports in late October 2011, the next generation Xbox console will launch at E3 in 2013. Further reports in November 2011 said that the console could be shown off at CES 2012, with a launch late in the year.

Developers claim to have been told by multiple sources, from chip manufacturers to middleware firms, to expect the console to arrive at the gaming expo in June 2013.

So let's gather together the facts, the half-whispered untruths and the wishful thinking to see what such a machine might be like…

Could it be codenamed Xbox Loop?

Noted Microsoft blogger MS Nerd outed the name Xbox Loop, claiming that the long-awaited console will be "far smaller", cheaper and quite Kinect-focused when it finally lands on our shelves.

Could it be codenamed Durango?

The Xbox 720 processor and graphics

The Xbox 360 was launched in 2005, with the best technology that 2004 had to offer. Inside, it used a custom-made IBM Power PC with a trio of 3.2GHz cores and an ATI graphics processor.

Compare this ageing specification to a 2011 PC such as the Scan 3XS Vengeance. It rocks the latest Core i7-2600K Sandy Bridge CPU, Nvidia GTX 580 graphics card, 1TB of onboard storage and 8GB of DDR3.

Cevat Yerli, the boss at Crytek, believes that the PC is effectively a generation ahead of the Xbox 360 and PS3. "As long as the current console generation exists and as long as we keep pushing the PC as well, the more difficult it will be to really get the benefit of both," Yerli spilled to Edge.

Something has got to give.

The latest rumours indicate that the next Xbox will pack graphics based on AMD's 6670 chip, which would bring support for DirectX11, multi-display and 3D. But this would be very disappointing for many gamers who are hoping for a truly next-gen console.

By the time the new Xbox is scheduled for release in 2013 AMD will have already released its entire lineup of HD 8000 series graphics chips, meaning the GPU component of the Xbox chip (code-named Oban) would be at the very least two entire generations behind.

Previous rumours had stated that the graphics portion of the Xbox chip (the CPU part probably being an IBM PowerPC) would be based on the current HD 7000 series of graphics chips which in turn are being used in AMD's next generation of APUs, code-named Trinity.

Still, this current production run of the chip with Global Foundaries and IBM is only going to be for the first initial dev kits, so there is a chance the silicon will change significantly before the final launch.

Considering that the Xbox 360 Slim now features a 'Vejle' CPU/GPU combo processor, KitGuru ponders the possibility of the new Xbox 720 getting a cutting-edge AMD Fusion chip. It's betting on the DX11-capable Krishna APU (Accelerated Processing Unit), due for release late 2012.

Semi Accurate believes the new chip will actually be called Obed and incorporate elements of IBM design - however it seems AMD is nailed on as the manufacturer.

AMD reckons it will be a beast of a machine, pumping out graphics that offer Avatar-levels of detail. James Cameron's opus used CGI and 3D capturing, with each minute of footage costing $1 million to make.

Not only will the console be capable of Avatar-style graphics, according to Neal Robison, AMD's director of ISV relationships, it will also feature improved artificial intelligence and physics capabilities.

This could mean that each individual incidental character – like the pedestrians in Grand Theft Auto, for example – could each take on their own individual personality.

EA's Frank Gibeau disagrees. "Obviously, more computing horsepower is nice, but to be honest, the Xbox 360 and PS3 still have a lot of horsepower that hasn't been tapped."

In October 2011 it was reported that developers were prepping games that could run on a new console.

Epic's Mark Rein suggests that a tablet might be the shape of consoles to come. "Imagine a future Xbox 360 that is actually a tablet you carry around," Rein told Develop last year. "It will have more power than 360 does today, with technology like Kinect built right in…"

Games are in development

It looks as though games developers are already playing with Xbox 720 hardware - a recent job advert from Peter Molyneux's Lionhead studio asks for developers with a background in DirectX 11 - a platform not used by any of the current consoles but is rumoured to be used in the AMD-powered Xbox 720.

Cloud storage? We might not be ready to abandon physical media just yet. But Steam has served PC users well for several years and OnLive is turning heads.

The most obvious next-gen storage option for the next Xbox is Blu-ray. But Microsoft has refused to add it to the existing Xbox 360. Other alternatives? You'll find flag-wavers for flash drives, Nintendo-style game cartridges, even the resurrection of HD-DVD.

The most recent rumours speculate that the new Xbox will ship without a disc drive of any kind. The report on MCV says that the console will use "interchangeable solid state storage" which would indicate that games will be both downloadable and available on PS Vita-style memory cards.

Omitting a disc drive would certainly save money and reduce the weight and power consumption of the final device.

What about the Xbox 720 controller?

Love it/hate it, gesture-control is here to stay. Expect an improved version of Microsoft's Kinect hardware to be a prominent feature of any new Xbox. Kinect is currently the world's "fastest selling consumer electronics device" with sales topping 10 million. A Guinness World Record.

But the game pad will remain the input device of choice for veteran gamers. We can't imagine playing Gears of War 4 by waving our arms around. It lacks precision.

There have been rumours cicrulating that the new Xbox console will feature a system aimed at preventing owners playing used games. That would mean no trading-in of old titles in order to fund the purchase of new ones - a move that would not be warmly received by gamers or highstreet stores like Gamestation.

Could the next Xbox run Windows 8?

Microsoft wants to create an ecosystem of apps and games that work between Windows Phone, Windows and the next Xbox. But could that mean the new gaming console could run a variant of Windows 8 as Gamerant suggests?

Microsoft has said publically that the Xbox 360 will have (at least) a 10-year life lifespan to match the PS3. That puts a new Xbox launch into 2015…

Senior execs for a big US retailer told their shareholders in July 2011 that they don't expect the Xbox 720 and PlayStation 4 until 2014.

Crytek CEO Cevat Yerli feels that we're due a "new [console] generation in 2012, 2013." While M2 senior analyst Billy Pidgeon told NowGamer that, while he expects a Wii 2 to surface by 2012, he's "not expecting a next generation Xbox before Q4 2014."

The 2014-2015 timescale looks a good bet. Square Enix is already anticipating the Xbox 720 by planning to open a second Canadian development studio by 2012. "The new consoles from Microsoft, Sony and Nintendo will require more attention and more staff," said Stéphane d'Astous. "We want to prepare ourselves."

Bethesda's Todd Howard, game director for the forthcoming blockbuster Elder Scrolls V: Skyrim, says that gamers should not expect follow-ups to the PS3 and Xbox 360 until 2014, at the very earliest.

Speaking to PSM3 magazine, the Bethesda exec said that gamers were happy with the current generation of console tech and that he didn't expect to see an Xbox 720 or a PlayStation 4 before 2014.

Backing this up is a comment made by a designer who has worked with Microsoft, who implied that a new Xbox 2015 release date is set. In his online portfolio, Ben Peterson wrote "Microsoft Xbox. Confidential / Collaboration with Microsoft's IEB design group investigating future user experiences and hardware for 2015."

Alongside an angled image that doesn't give much away, he wrote: "Microsoft Xbox. Confidential / Collaboration with Microsoft's IEB design group investigating future user experiences and hardware for 2015. *Work samples only permissible in person.* (March 2011)."

Question marks hang over such information; who is Ben Peterson? Didn't he sign an NDA when working with Microsoft? Why is there no contact information on his online portfolio? Will he be allowed to live after such a faux-pas? Or is this all a traffic-mongering lie?

Call of Duty developer Treyarch has also posted a job ad for people to work on a game "for a new console.

Also in early October 2011, an ad for the new system has also been spotted in a trailer for the film Real Steel.

But the next Xbox could be showcased at E3 2012

The successor to Microsoft's Xbox 360 console is likely to be unveiled at E3 2012, according to a "high-ranking source at Crytek". They said that TimeSplitters 4 is being developed for the next-generation console, using Microsoft's updated DX11 development tool. We're not so sure about that, but you never know...