A new update is rolling out for the Verizon model of Samsung’s Galaxy Note 5 and Galaxy S6 Edge Plus, according to listings published to the carrier’s website. That may be moderately surprising, given the age of the two devices, but these are not big firmware changes. Instead, the updates bring each device up to date with the July 2018 Android Security Patch. For the Samsung Galaxy Note 5, the new software version is bumped to NRD90M.N920VVRS3CRG1. The Samsung Galaxy S6 Edge Plus, on the other hand, will see its software version moved to NRD90M.G928VVRS3CRG1. With that said, that’s still good news for users who are still holding out before upgrading to a new iteration of the popular flagship handsets.

There aren’t many details to be pulled from the update announcements themselves and don’t appear to be any functional changes at all. Verizon simply states that each will deliver further device optimization for performance and alleviate known issues with the underlying software alongside the most recent bug and vulnerability fixes. Samsung, for its part, hasn’t offered much more of an explanation with its own notes about the July 2018 patch. With regard to the patch itself, there have been a total of four critical-level exploits, 20 high priority exploits, and approximately 40 moderate priority exploits fixed in July. Some of those won’t apply here since they are addressing hardware components that are not in use in Samsung’s handsets. Having said that, both devices are nearly three years old and there haven’t been many updates recently to either device in question. The July fixes should also include several prior improvements and bug squashes as well. So the Samsung Galaxy Note 5 and Galaxy S6 Edge Plus will be much more secure following the update and users will want to install it as soon as possible.

In the meantime, these types of updates can also take some time to roll out but users will want to get the software installed as soon as possible. A manual check can be performed by navigating to settings and then selecting “About phone” followed by “Software updates.” The button to “Check for updates” will be found in that submenu. As always, it’s best to ensure that a solid connection via either Verizon or Wi-Fi is available and that the receiving device has been charged up before getting started with installation. 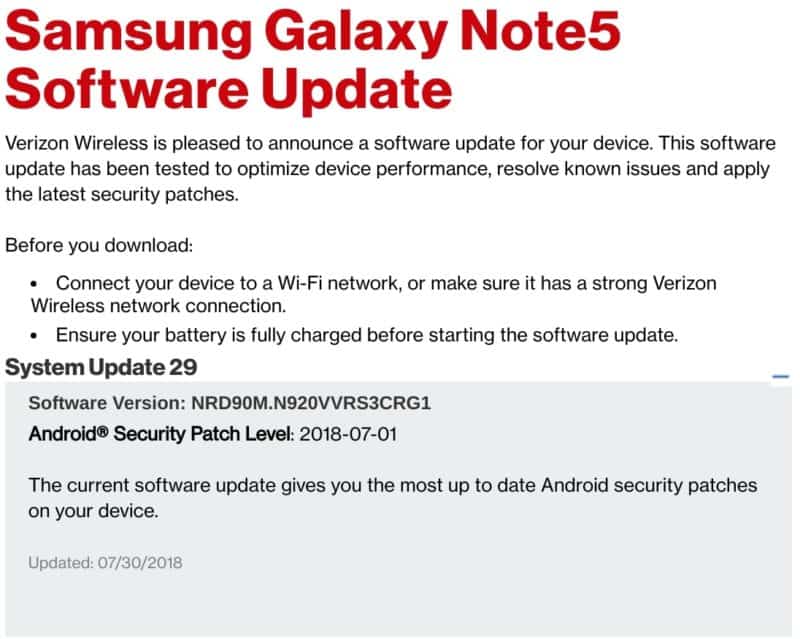 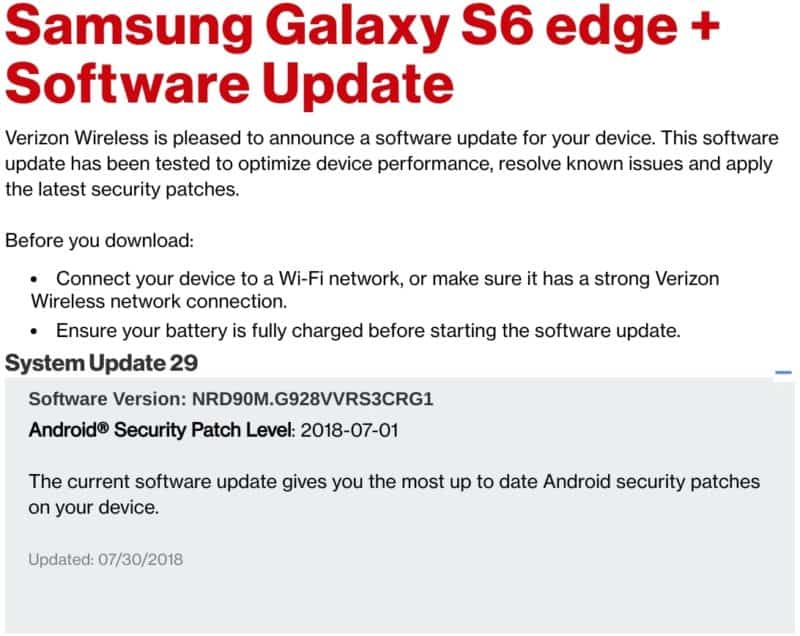