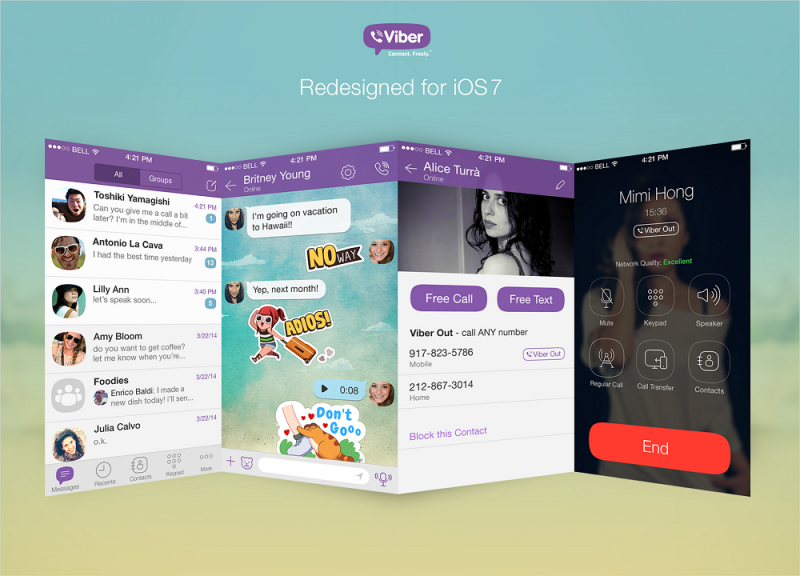 - Completely redesigned for iOS 7! The new look and feel is consistent with the aesthetic of iOS 7 that iPhone users have grown accustomed to.
- Multiple media sharing in one flow. No more back and forth media sharing! Now you can send and edit up to 10 photos and videos at a time!
- Block list. Users can now block contacts they do not know and those that they do not wish to be contacted by. To learn more about managing your block list, click here.
- Send longer video messages. You can now send videos of up to three (3) minutes long.
- Typing indicator. Know when your contacts are typing a message to you on Android tablet, Linux, Mac, PC or Windows 8.
- Bug fixes.

According to the most recent statistics, Viber has over 105 million monthly active users and receives 550,000 sign ups daily. The service was acquired by Japanese Internet company Rakuten in February for $900 million, and launched a new desktop application for Mac and PC last February.

Viber is a free download for iOS devices and can be downloaded through App Store. [Direct Link]