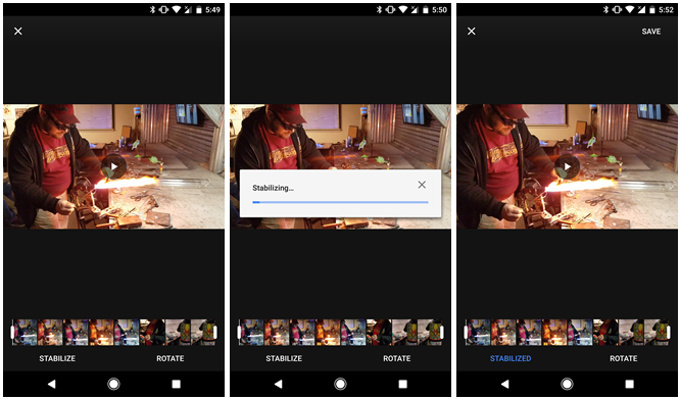 If you love shooting video with your phone or any other device, then we have good news for you. Google Photos’ latest 2.13 version adds a feature that lots of users have been waiting for, for quite some time – video stabilization.

Stabilizing a video is pretty straight forward, just open the Google Photos app, find a video, tap to select it and press the pen button at the bottom in order to bring up the “Stabilize” option, alongside the Rotate one. Press it and wait for the video to go through the process.

You can even check out an example below to see how the feature works its magic. As you can see the results are pretty great. However, we have to note that after stabilization you’ll probably see a slight decrease in the quality of the video, since the feature works by cropping the original clip. However, the app will save the original video as well, so you have both.

If you haven’t downloaded Google Photos 2.13, you can head on to the Google Play Store download or update the app and start stabilizing your videos. It’s quite easy and as you can see in the videos above, it makes quite a difference.