Videotron Adds The Low Cost Moto G To Their Line Up 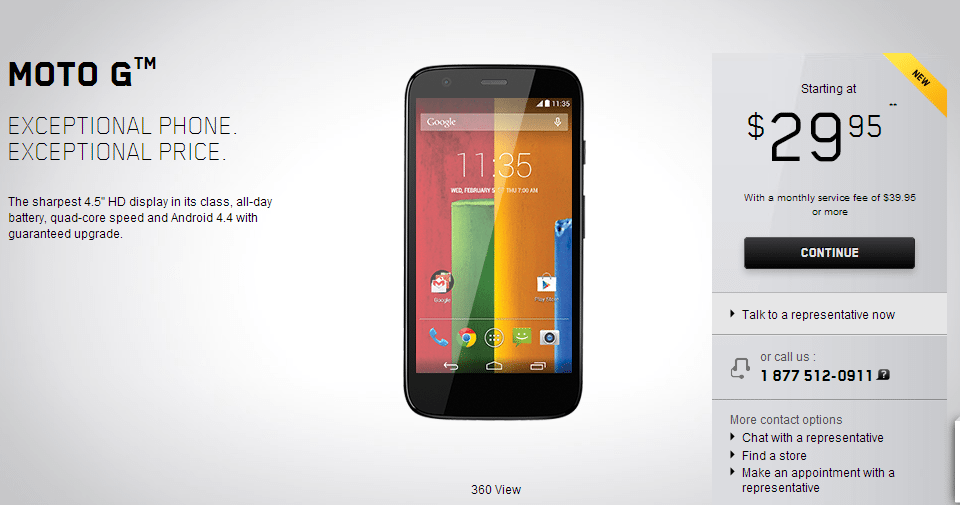 Another great device from Motorola has found another home on a Canadian carrier as Videtron has added the super bang for buck device known as the Moto G to their line up.  Just like with WIND’s device, this is a 16GB model and not the 8GB that launched on carriers like Telus, Koodo and Virgin.

In terms of a price, you can pick it up for as low as $0 on a 2-year term with a plan of over $49.95 or purchase it outright for just $230.  Don’t be fooled by the low price tagt this device is a very capable smartphone with great battery life and a very fluid performance.  The design is nearly identical to the Moto X which means it’s super comfortable in the hand.  You do miss out on some of the features from the Moto X, such as Touchless Controls, but it’s still a darn good device, especially if you don’t want to spend too much!

Videotron Adds The Low Cost Moto G To Their Line Up is a post from: Android in Canada Blog

The post Videotron Adds The Low Cost Moto G To Their Line Up appeared first on Android in Canada Blog.