Was Google hiding Nexus 5 under our noses this entire time, inside the Android 4.3 camera app?

Back before we ever caught our officially unofficial first glimpse of the Nexus 5 in the now infamous KitKat unveiling video, really we had no idea what to expect. Really, the Nexus 5 could have been a triangle shape with dual-5MP 3D cameras slapped on the back for all we knew. The unique corner camera placement, the strange circle earpiece — none of that was known until later leaks. But is it possible Google was hiding the phone right under our noses this entire time… and we didn’t even know it? 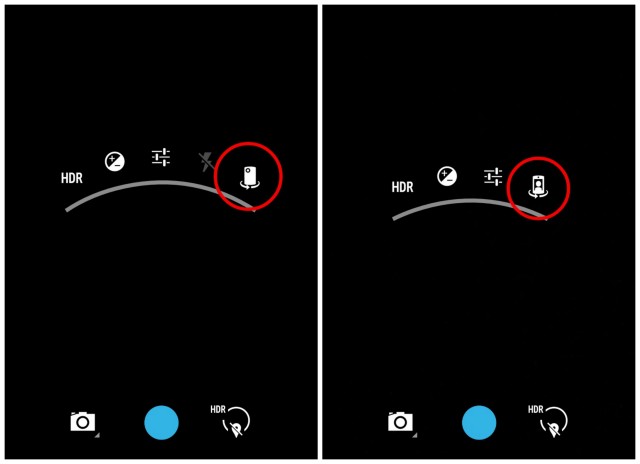 What you’re looking at is the recently updated Android 4.3 camera app, the same camera app that was initially extracted from the Google Play edition devices and made available for download back in June. In the new menu system, you’ll notice the icon of a device used for switching between rear and front facing cameras. Take a closer look and you’ll see that it is, in fact, the upcoming Nexus 5. The general shape is there, slim top bezel, large corner camera placement, and after selecting the front facing camera view — lo and behold, the Nexus 5′s (odd) center earpiece. Wow, who’da thunk it?

Well, this this guy from Reddit actually. He knew the entire time, even submitted a thread about it almost a month ago. Most everyone dismissed him as a looney, a crazy person looking for something that really wasn’t there. Well, good sir, a thousand internet points to you.