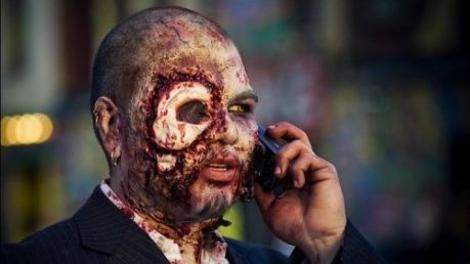 We're pant-wettingly excited about Valve's plans for our living rooms and after seeing this demonstration of the Steam controller in action TechRadar is at bursting point. From Counterstrike to Papers, Please to Civ 5 to Portal 2, it might even persuade UK Editor-in-Chief Patrick Goss to finally stop clinging onto his mouse and keyboard.

Is it weird that we might more excited about a controller than we are about anything else next-gen? Possibly. We need a change of underwear, so here are some other happenings from the last seven days.

This Friday marked the release of Beyond: Two Souls, the latest game "directed" by Heavy Rain's David Cage. Is it any good? Well, the critics are split, but what we know for sure is that it reveals a lot about the technology of the PS4.

And we know so because David Cage told us so in our interview which you can go read over here.

There may be a glimmering Triforce of hope for those of us hoping to see Wii U turn itself around, with sales of the console jumping 685% in the UK thanks to the release of The Legend of Zelda: Wind Waker

Annoyingly it's not known how many units were actually shifted so although that percentage looking mighty nice, we're still waiting to find out how much of a boost Link has really given the suffering console.

Nintendo said this week that it thinks awareness is the real issue with the Wii U and not the price, but we think this just proves it's neither. The problem is software, so get some more on there. Stat. [MCV]

This week, TechRadar's been playing...
TIMEframe (try it here)
An environment simulator in the style of Proteus, except you only have 10 minutes until...well, we won't spoil the surprise. Best enjoyed with Oculus Rift.

The GTA Online woes have caused a lot of frustration but Rockstar has compensated gamers this week by saying it will deposit a cool GTA$500,000 into their in-game bank accounts. That comes to a real-world amount of £6.25.

There will be two injections of GTA$250,000 made over the course of October, the first of which should be coming next week.

Just think how huge the inflation is going to be. It'll be chaos. There'll be looting, store robberies, car jackings...

Ready to return to the depths of Andrew Ryan's utopia-turned-dystopia? The Burial at Sea DLC for BioShock Infinite is coming and you can check out the first five minutes of gameplay below. Then wait a few weeks to see more because unfortunately this won't be arriving until the end of the year.

Elizabeth and Booker are back, but very, very different.

Here's an odd one: Dead Rising 3 will not be sold in Germany when it arrives everywhere else. The game was refused classification by Germany's ratings board and no one knows exactly why, although the original Dead Rising and its sequel were banned in Germany too.

But if World War Z taught us anything it's that Germany's highly populated cities make it extra vulnerable in the case of a zombie outbreak. So we can understand the thinking here.

Something else we've learned about the PS4

Things have been going almost too well for the PS4 so we knew it was due some bad news soon. There was trouble this week after it was reported that manufacturer Foxconn had unpaid student interns working overtime to assemble PS4 consoles.

Even worse, the internship programme was somewhat forced on the students - they were allowed to leave but they wouldn't get the college credit they needed if they did.

Of course we all know that Foxconn has hit the headlines for the wrong reasons in the past following various Apple-related incidents. Foxconn said it's now taken "immediate action" but the extent of that is a little unclear. This isn't directly Sony's fault but let's just hope it's keeping a more watchful eye from now.

After all of last week's Half-Life 3 excitement, that trademark filing has disappeared from the registry, suggesting it was all one massive, mean, horrible, devastatingly unkind hoax.

And as there was only a European filing for the trademark, it seems even more likely that this was a case of some turbo trolling. We're not saying who we think did it, but his name rhymes with Babe Yule.

You know the drill...

David Cage's follow up to Heavy Rain is finally here, but is it any cop? Find out in our Beyond Two Souls review

We can't stop trying to get knife kills in the Battlefield 4 beta. But that's probably because Battlefield's dogtags are the most satisfying rewards in video games.

Most of Pokemon X and Y's Pokemon might look cute and cuddly, but some of them have some pretty horrifying back stories. Find out which ones in our Most desturbing Pokemon of all time article.

Find out how Naughty Dog made The Last Of Us with art director Erick Pangilinana. Here's an amazing look at unseen concept art & the thought process behind the game's development.

GTA Online tips: how to make a million dollars in GTA 5 multiplayer