Once again, we’re surprised at you, investors.

How are you not impressed by the lineup of new iPhones in kaleidoscopic colors? Why do you still stubbornly cling to Microsoft and Nokia and Google while Jony Ive parades his new creations before a surprised and delighted world?

You’ve shown us in the recent past that you love the newest Lumia and you’re more than ready to scale Ballmer peak again.

Whatever, man. Perhaps, like, us, you’re waiting to see how the first quarter of iPhone 5C/5S sales go before you make a financial commitment.

With the new iPhones going on sale this past Friday, we were sort of expecting a small spike in Apple stock. This we did not see. Actually, Nokia picked up some steam, growing by 2.7 percent for the week, while Apple gained about a half of a percent.

Both companies saw nice, happy pops at their debuts on the market; however, the glee was short-lived as both ventured into negative digits by the end of the week. I believe this is what is known on the Internet as a “womp-wah” moment. 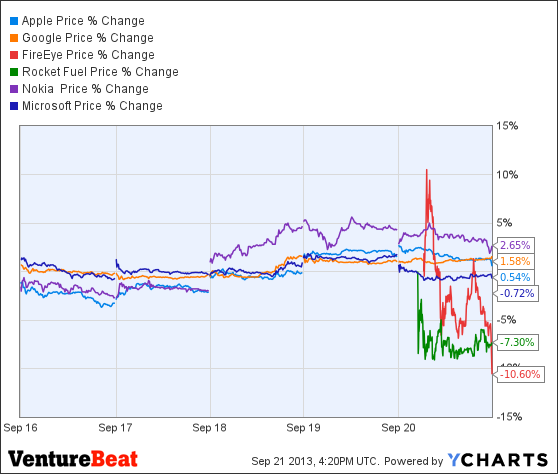