Facebook‘s WhatsApp is presently developing a new functionality of its popular communications app that will allow users to mark any messages they receive as read directly from their notification shades. References to the feature have been discovered by blog WABetaInfo in the latest experimental build of the app, version 2.18.214 version. The capability itself still isn’t live and it’s presently unclear when WhatsApp may start rolling it out to users, though it will almost certainly hit the beta build of the app at least several weeks before being deployed to the stable channel, as is almost always the case with all new additions to the mobile tool.

The current stable version of WhatsApp only allows quick replies from the notification shade, provided it’s running on a device with Android 7.0 Nougat or later versions of Google’s operating system. The “Mark As Read” button that the firm is presently preparing for a stable rollout is positioned more toward the right of the notification card and pushes the “Reply To” option further toward the left. The Menlo Park, California-based company hasn’t confirmed the existence of the feature in any official capacity and with the functionality being spotted in an experimental build of the Android app, there’s still a small chance it gets scrapped from development plans. That scenario still appears unlikely seeing how the ability to quickly mark messages as read has been one of the most requested features among WhatsApp users for some time now.

The same button is likely to eventually make its way to iOS, albeit probably not at the same time. WhatsApp is currently also working on an option to mute conversations from the notification shade, according to the same source, though that feature is said to be in an even earlier phase of development as no related visual assets have been discovered in the newest beta build of WhatsApp for Android. 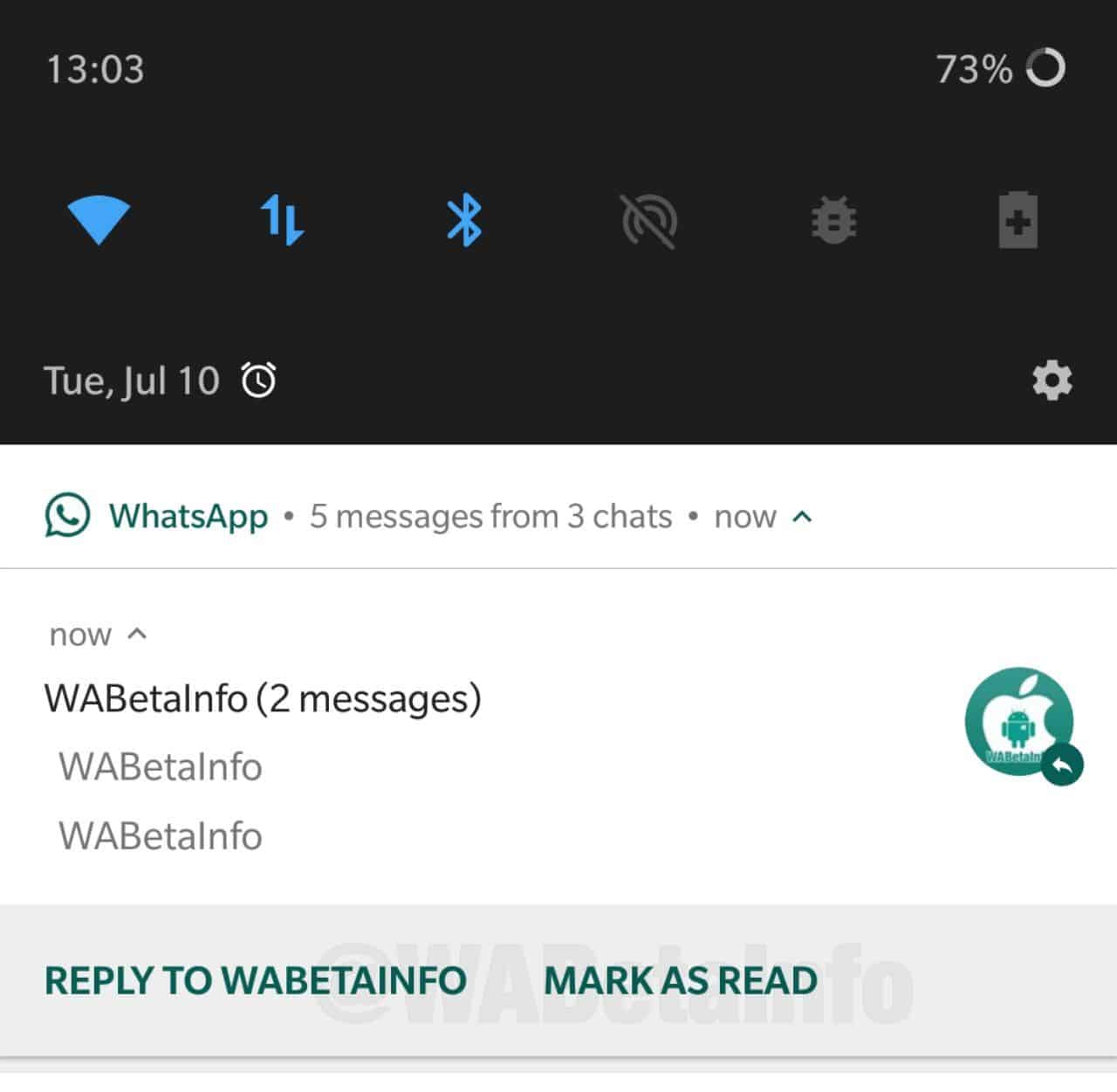