The Moto X has the upper hand on the new iPhones when it comes to durability, at least according to testing by gadget insurer SquareTrade. 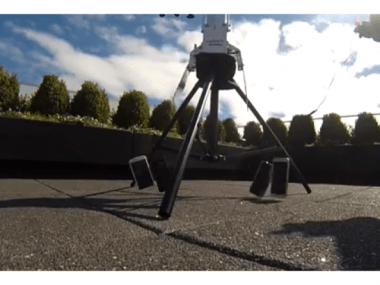 Its testing showed both new iPhones underperforming the iPhone 5 model they replace.

“When it comes to breakability, Apple takes a step back with its latest offerings,” SquareTrade said in a report being released on Monday. “The iPhone 5S fared worse than its predecessor, the iPhone 5, in our slide test and the iPhone 5C suffered from increased smash-ability in our drop test as well as reduced grip-ability.”

The Moto X outpaced both new iPhones, while Apple’s new phones finished ahead of the Galaxy S4 which fared worst in the four-way comparison.

“We were expecting that at least one of the new iPhone models would up its game but surprisingly, it was the Moto X that proved most forgiving of accidents,” SquareTrade marketing chief Ty Shay said in a statement. “This is the first time we’ve tested the breakability on a Motorola phone, the only phone we’ve ever tested that’s made in the USA. We were pleased to find that it withstood our drop, slide and dunk test with only the slightest dent. It looks like Google is giving Apple and Samsung a run for their money.”

To see the drop test in action, check out this YouTube video: