Who thinks the world needs another celebrity news outlet?

A bunch of celebrities, who will make money if they’re right.

Here’s their app, which is produced by WhoSay, a startup whose investors include Amazon, Comcast and CAA, the Hollywood talent powerhouse. WhoSay started out as a social media dashboard, which was supposed to make it easier for celebs – or their teams – to publish stuff to Twitter, Facebook, and other outlets.

Now they’re using that same output to put together what they’re calling a “digital magazine”. 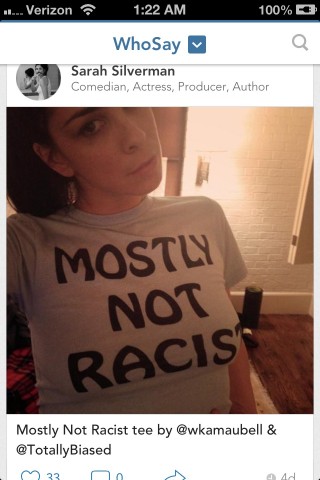 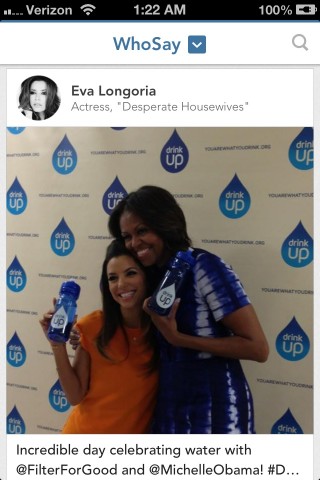 There will eventually be ads in there too.  Celebrities who contribute stuff to the app will get a piece of that, based on the amount of interest they generate.

My hunch is that people who are really interested in Tom Hanks, or Tom Cruise, or Eva Longoria, or other WhoSay participants, want to know everything about their favorite celebrities — and not just the stuff the celebrities would like them to know. Which is sort of the premise of every other celebrity-focused media outlet, ever.

But the WhoSay team, led by entrepreneur Steve Ellis, argue that while there’s lots of places to find unofficial celebrity coverage,  he’ll have the market cornered when it comes to celebrity-sanctioned celebrity coverage. He says fans will appreciate the clean and well-lit space he is providing. So we’ll see.

But WhoSay does make plenty of sense from the talents’ POV: Their faces, and bodies, and exploits, fuel an enormous infotainment industrial complex, and they usually only benefit from this stuff indirectly, at best. Now, in theory, they can control at least part of the output their personalities generate, and maybe even profit from it.

Earlier this month, for instance, Silverman posted a tear-jerking memorial for her dog on her WhoSay-hosted blog, then linked that to her Facebook, Instagram and Twitter accounts. A cheerier WhoSay-hosted viral happening: A tweet from Jim Carrey, promoting a “Dumb & Dumber” sequel, duly noted by people whose job it is to note these things.

If WhoSay’s app really does take off, I wonder if it’s going to run into problems with Twitter or Facebook, both of which are very interested in getting their hands on celebrity postings. No worries, says Ellis — those guys just want content, and WhoSay is happy to help.

But there are lots of people who used to work hand-in-hand with Twitter and Facebook, and don’t anymore, because their platform partners’ priorities changed. No worries, says Ellis. He made his argument to me last week: