Why both the Nexus 5 and Android 4.4 are likely to have an “always listening” function

Among the many leaked screenshots, videos and lists of specifications for the Nexus 5, the most interesting anticipated feature to me is the rumored “always listening” functionality. After all, most of the hardware and user interface tweaks are expected improvements in Google’s flagship phone: a better camera with optical image stabilization, transparent notification bar and speedy Snapdragon 800 chip wouldn’t be surprises.

As the Moto X and Moto Droid Ultra phones show, however, there’s real Google innovation going on when it comes to turning a smartphone into a hands-free personal assistant. That’s why the suggestion of touchless controls on the Nexus 5 from TuttoAndroid, an Italian blog with loads of reported Nexus 5 and Android 4.4 information, has me intrigued and expecting the feature to be a highlight of both the Nexus 5 and the next version of Android.

Not everyone sees value in the touchless controls on the newest Motorola phones; the first with Google design input. I can understand: Some folks may not want to speak to their phone in a public setting or would rather type and swipe through Android to get things done. I personally find the feature innovative and empowering, using it a dozen or more times each day.

From a hardware standpoint, it’s actually plausible that the Nexus 5 does include the feature. The handset is all but certain to run on the Qualcomm Snapdragon 800 system on a chip (SOC) and that silicon natively supports something called “Voice activation enabled by Snapdragon“. Here’s a video demo captured by FoneArena earlier this year:

It’s likely that the functionality comes from a low-powered Digital Signal Processor, which is how it’s implemented on the new Moto phones. And from Qualcomm’s perspective, it’s simply the entry point for voice activation, meaning: Developers will have to decide what to do with the voice commands.

Google has already done that, first through Google search and Google Now and more recently, with the touchless controls on its new Motorola phones. Samsung could leverage this with its S-Voice feature as well, and it wouldn’t surprise me to see HTC add such a function to its Sense software.

The point is Google has this technology working well now. And I think the company feels it’s a showcase feature as we move beyond the standard user interface and towards more natural methods of input. That’s what the Nexus line is all about: Providing a showcase of Android technologies for hardware partners to take and use going forward. 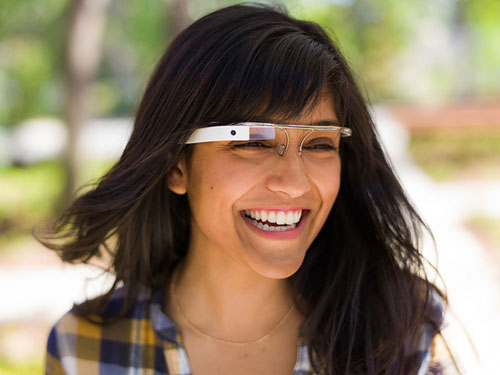 Intelligent voice interaction also ties into Google’s other current and potential products: Voice is a main input for Google Glass and I’m anticipating it would also be a big part of any Google smartwatch initiative. It’s also vastly improved from early approaches where phones would listen for key commands and could only interpret pre-programmed or recorded phrases.

If I were a betting man, I’d lay odds on the Nexus 5 always listening for your spoken command. And it won’t likely be the only phone to add that feature because I expect it be a part of Android 4.4: Google’s next step towards bringing more smarts to your smartphone.