The Wi-Fi model (SM-T813) of the Galaxy Tab S2 9.7 running Android 7.0 Nougat appeared in the database of popular mobile benchmarking tool Geekbench. While the latest major stable build of Google’s operating system started rolling out to the Galaxy Tab S2 product family last month, the rollout was only limited to select European countries and it’s still unclear whether it was also restricted to particular models. As things stand right now, many variants of the Galaxy Tab S2 still aren’t running Nougat, but the Geekbench listing that appeared online on Friday indicates that the South Korean consumer electronics manufacturer continues to test the OS for its devices and will likely start distributing it relatively soon.

The SM-T813 that appeared on Geekbench running Nougat is the second edition of the Wi-Fi variant of the Galaxy Tab S2 that entered production in 2016 and officially hit the market in May 2016. While this particular model bears the same product name in most markets, Samsung opted to advertise it as the Galaxy Tab S2 VE in some territories. The VE in its name is meant to stand for “Value Edition” and refer to the fact that the device is running the Qualcomm Snapdragon 652 system-on-chip (SoC), a more powerful piece of silicon than the Snapdragon 650 that was powering the 2015 edition of the Galaxy Tab S2 lineup. Likewise, the Galaxy Tab S2 9.7 (2016) was released with Android 6.0 Marshmallow running out of the box, as opposed to Android 5.0.2 Lollipop, and was around $100 cheaper than its predecessor.

The Geekbench listing of the device indicates that the newly benchmarked model is indeed the 2016 variant of Samsung’s last-generation tablet family, though it doesn’t shed any more light on when the Seoul-based original equipment manufacturer (OEM) might be releasing its Nougat build in more territories. Still, the latest turn of events indicates that Samsung is in the process of doing so, and more details on the matter may be available in the near future. While the Galaxy Tab S2 series was technically revised last year, it’s still unlikely to receive any more major OS updates after Nougat as Samsung will presumably shift its focus to the Galaxy Tab S3 lineup going forward. 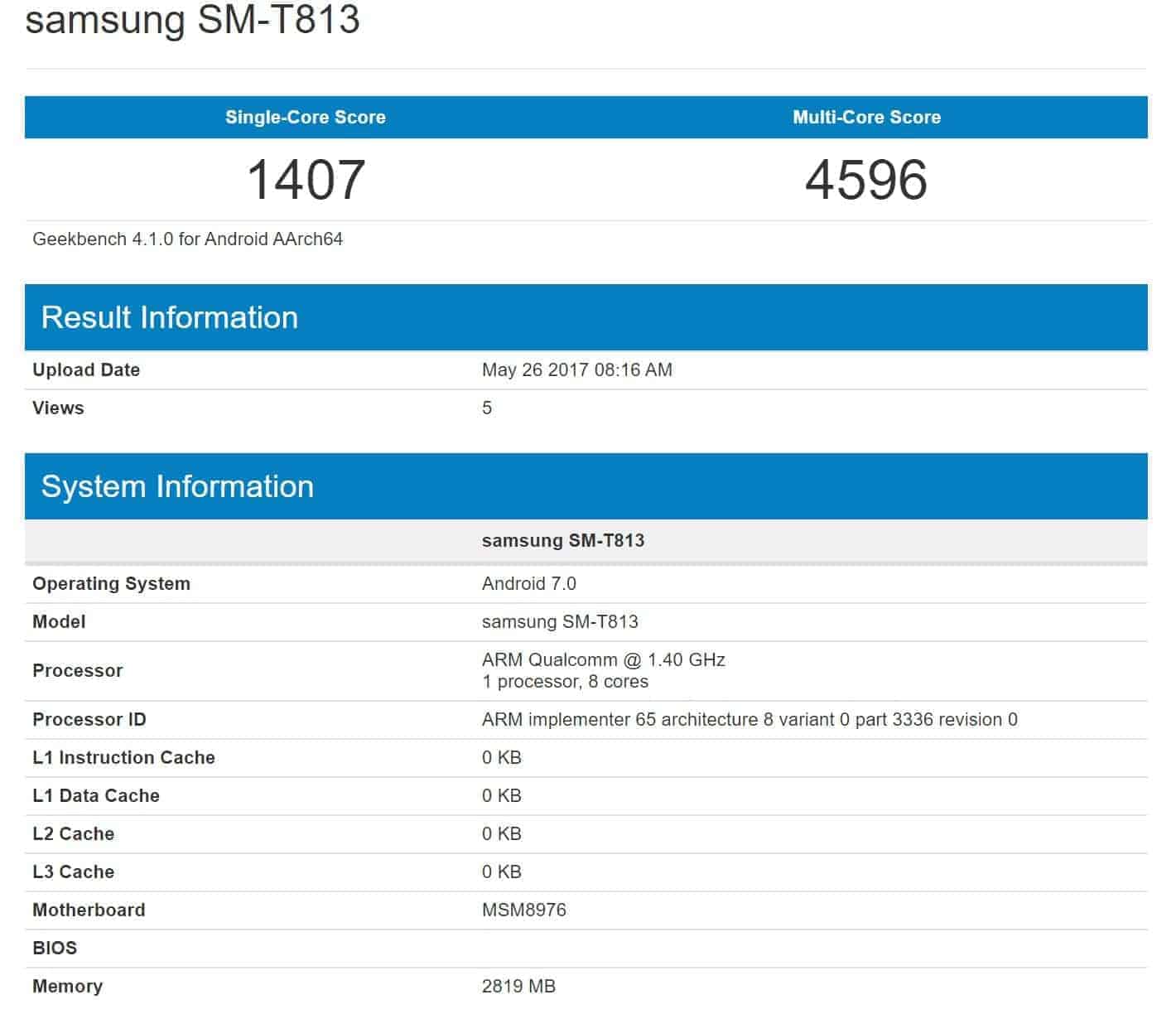