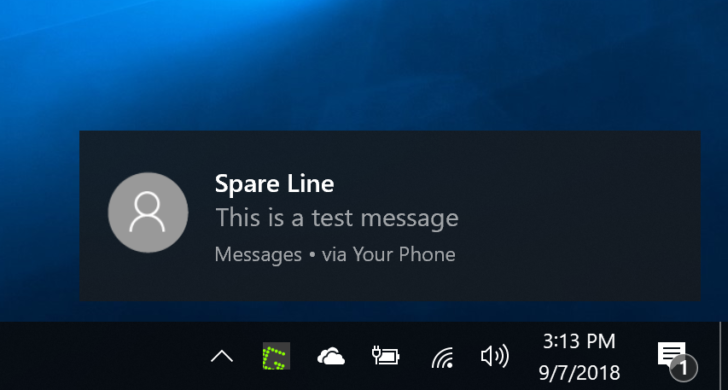 Now that Windows 10 Mobile is pretty much dead, Microsoft has been focusing more on making iPhone and Android devices work with desktop PCs. The company announced a 'Your Phone' app for Windows 10 earlier this year, which promised to send notifications and messages from an Android device to a PC. That functionality has finally gone live in the Windows 10 Insider builds.

Windows 10 build 17755 has been rolling out to Insiders over the past few days, and it includes the long-awaited Your Phone app. Once you open it, it will ask you to install 'Microsoft Apps' on your Android device. Once both your PC and phone are logged in with the same Microsoft account, and you accept a few permissions on Android, everything should start working. 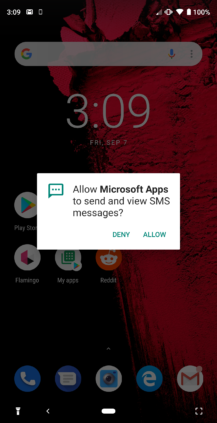 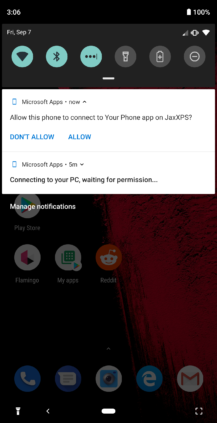 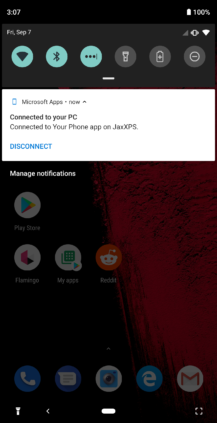 From the desktop application, you can send and receive SMS messages, as well as download photos. Shane, a tipster who was kind enough to try it on his Insiders PC, mentioned the experience still feels beta-like. The Messages tab might not be visible until you restart the app (or wait for SMS messages to sync), you can't reply from the desktop notifications, and sending/receiving media attachments is broken. 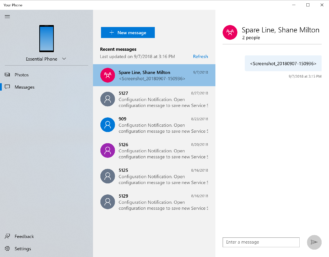 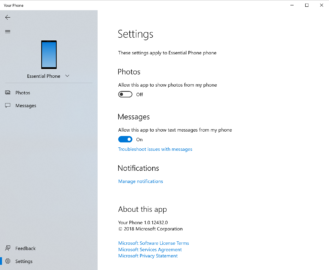 The phone application also requires a persistent notification, which is definitely annoying. This is still under active development, so hopefully some of these issues will be resolved before the public release. At the very least, it's nice to see Microsoft develop its own Pushbullet competitor.