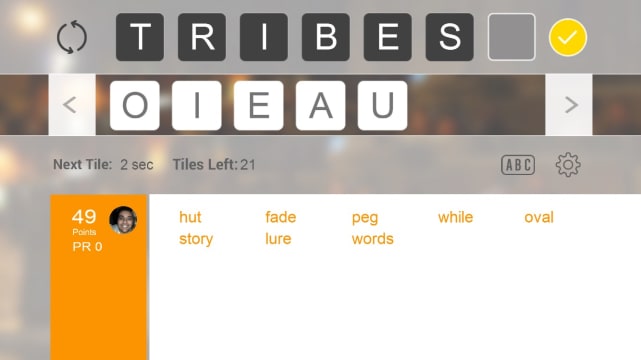 WordHeist is a multiplayer word game that encourages theft for your own personal gain. Using your own letter bank, create words with up to three other players. Then steal each other's letters to create your own words and protect yours from being stolen. When the timer runs out, whoever has the most words piled up wins. WordHeist has two modes and a practice mode as well to get started. It's free for iPhone and iPad with in-app purchases.

This game heavily integrates Game Center because it doesn't include options to just play against a computer, which may prove to be a bit of a weakness. Upon selecting a game mode, you must choose two, three or four players for your game. Then Game Center takes over for you to select existing friends with the game to play against or get auto-matched with other online players.

I had a hard time during my first few attempts to get matched with anyone, unfortunately because it doesn't seem like WordHeist has enough users playing at any given time to match with those who do want to play. That's why I mentioned that the lack of a versus computer mode is a con here because it would least ensures the ability to play whether someone else wants to or not.

It was easier to start playing by choosing turn-based mode. The live game means two people have to play simultaneously, while turn-based means opponents can go offline and play their turn whenever they're ready as can you. 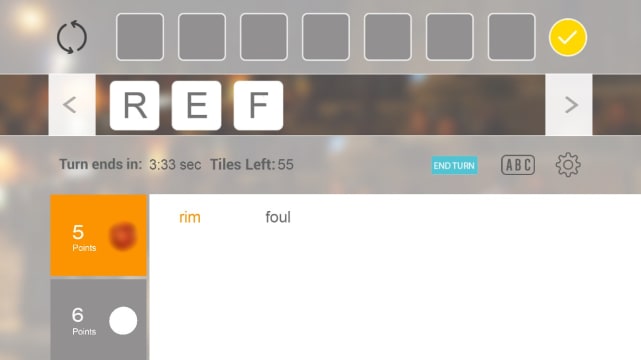 As soon as I started playing, WordHeist felt a bit familiar. Select letters from a pool to create words, guard the words you use from being stolen and steal from the others to ultimately win the game. Where have I heard of this before? Oh that's right, it's a very similar concept to the one WordXchange deploys, a game we reviewed on TUAW in October.

It does have its differences but for the most part, WordHeist reminds me of a cross between WordXchange and the more conspicuous Letterpress game. More often than not it's not necessarily a negative to make comparisons, but in this case WordHeist does lose some originality points that I was seeking in a new word game. The design of the app is definitely more on par with Letterpress though, so that's one plus worth mentioning.

The game includes an in-app purchase option for WordHeist Pro. Upgrading removes ads, unlocks access to "future tournaments" and explains that by purchasing you are supporting the development of the game, i.e. its developers. WordHeist Pro costs US$1.99.

WordHeist overall is fun, but a tad forgettable. It pains me to say that because I love word games and society could probably benefit from playing them a bit more often, but it's too similar to other word games already in the App Store. It lacks drawing power on its own, which is clear by the paltry amount of players typically online.

Free with in-app purchases, get WordHeist for iOS in the App Store.

WordHeist brings good design to uninspired word game originally appeared on TUAW: Apple news, reviews and how-tos since 2004 on Sun, 30 Nov 2014 12:30:00 EST. Please see our terms for use of feeds.