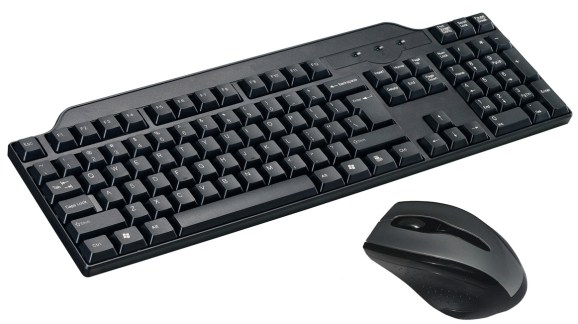 For this round of consoles, both Sony and Microsoft went with internal chip architecture that behaves much more like a traditional gaming PC. But a potential addition to the Xbox One may make it almost indistinguishable from a computer.

Microsoft’s gaming boss Phil Spencer implied on Twitter that the Xbox One is getting keyboard-and-mouse support. Really, that means the system will work with a USB mouse because the system already has keyboard support. Sure, a few companies like Th have released adapters for systems like the PlayStation 4 to enable you a way to plug in a keyboard and mouse setup, but Microsoft is talking about adding official support.

We’ve asked Microsoft if this means you can use the keyboard-and-mouse setup to play games or just navigate the interface. We’ll update this post with any new information.

@lgriao @PNF4LYFE @Tak225Th Yep, keyboard and mouse support for Xbox would need to be there for this to work, those aren't far away.

Spencer brought up the possibility in response to the idea of streaming a Windows 10 PC to the Xbox One. Right now, in preparation for the release of the newest operating system later this month, the Xbox team is working on enabling gamers to stream their Xbox One on a PC. That feature will go live when Windows 10 goes live.

But Spencer says he’s interested in doing it the other way as well.

“Still finishing Xbox-to-Win10 streaming right now,” he said. “I like the idea of Win10 to Xbox One streaming but don’t have a plan yet.”

Obviously, in order to use Windows 10 on an Xbox One, you’re going to need to support the most common input devices for PC.

“Mouse is what we’d need to add,” said Spencer.

The Xbox One is on an update schedule that sees Microsoft release a patch about once a month. The aforementioned Windows 10 streaming is the big feature for July, but in previous months Microsoft has used this monthly improvement cycle to add features like screenshot capturing.

It’s possible, with these rapid additions, that we could see official mouse support on Xbox One before the end of the year.