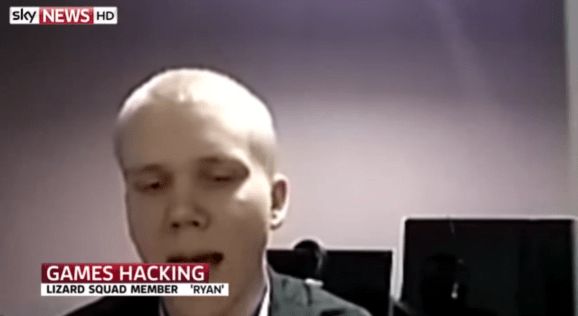 If you were unable to enjoy your online video games on PlayStation 4 or Xbox One during late December, well you should know that the Finnish government just exacted a bit of revenge on your behalf.

One of the kids that claimed responsibility for taking down PlaySation Network and Xbox Live during the Christmas holiday was found guilty in Finland of more than 50,000 counts of Internet-related crimes, according to the Finnish newspaper Kaleva (via Daily Dot). A court in that country sentenced Julius “Zeekill” Kivimaki, who said he was a member of the Lizard Squad cyberattack group, to a two-year suspended sentence. This means he will not go to prison, but he will face that jail time if he commits any further crimes. He will also have to help “fight against” cybercrime.

We’ve reached out to Microsoft and Sony for comment, and we’ll update this story with any new information.

The convictions against Kivimaki include data breaches, telecommunication harassment, and various fraud violations.

The youth made it easy for the authorities to track him down when he publicly came out and did an interview explaining why he brought down the gaming services. He showed his face in a discussion on the U.K. cable channel Sky News.

Kivimaki is at least partially responsible for one of the bigger cyberattacks on a gaming target. The Lizard Squad group used a botnet to remotely send data requests to the servers that run Sony’s and Microsoft’s respective online operations. This is known as a distributed denial-of-service assault, aka DDoS.

The barrage of information was too much for the networks to handle, and it knocked Xbox Live offline for nearly 24 hours on Christmas Day. Sony’s PSN was hit even worse, and it did not come fully back online until five days after the outage started.