Microsoft may be offering an Xbox One Elite Console, according to a listing spotted on Walmart.

The Walmart listing shows the Elite console would ship on December 31st, although this date is probably a placeholder for its real release date. 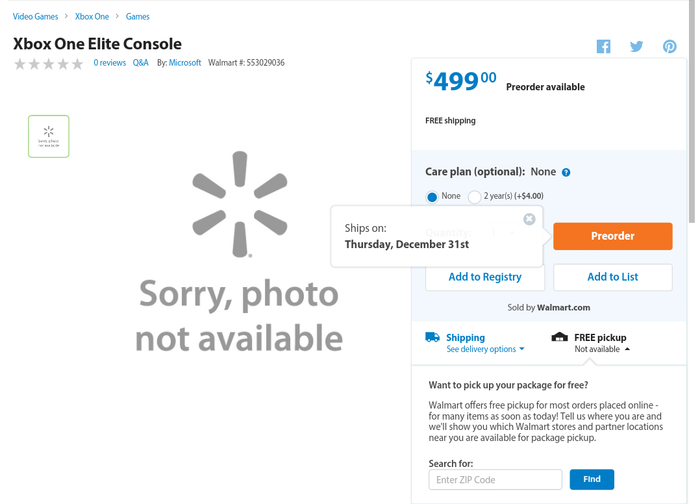 If we had to make a guess as to what would be included in the Xbox One Elite Console, we’d say it would most likely include an Elite Controller and possibly a larger hard drive. Outside of those two inclusions, we can’t think of Microsoft making any drastic changes to the console that doesn’t include tweaking its aesthetics to make it look unique to the original console. As for when Microsoft will announce it, we wouldn't be surprised if it makes its debut at Gamescom.