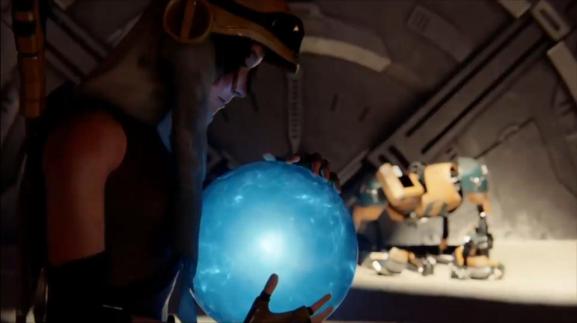 The publisher revealed Recore, an action-adventure game, which will debut exclusively on the Microsoft system next spring. The game is a first-party release from Mega Man creator Keiji Inafune and some former Metroid Prime developers that started a new studio.

“We’re proud to work with Keiji Inafune as well as the people at Comcept and Armature Studios,” Xbox boss Phil Spencer said when he took the stage.

This joins Mighty No. 9 in Comcept’s development pipeline. That game, a new take on the Mega Man formula (without Capcom’s Blue Bomber, of course), was one of the top Kickstarter projects of all time.