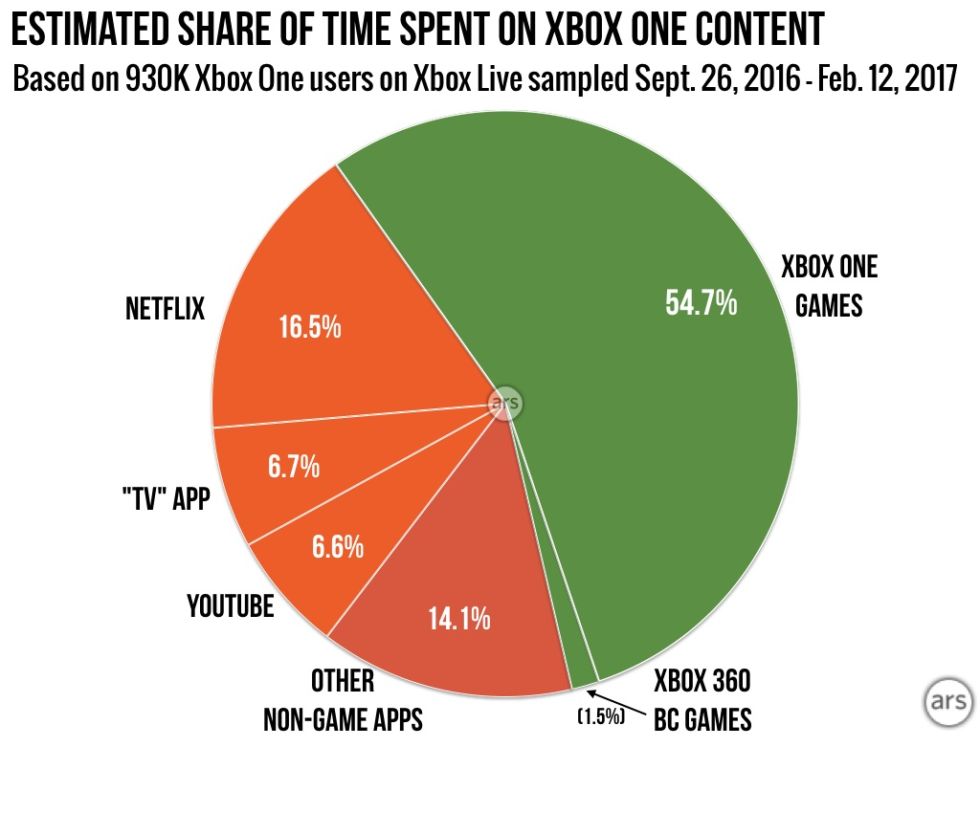 In an interview with Time earlier this week, Sony Head of Global Marketing and Sales Jim Ryan said that "when we've dabbled with backwards compatibility, I can say it is one of those features that is much requested, but not actually used much." An in-depth Ars Technica analysis of Xbox Live user data shows that sentiment is definitely true, at least when it comes to Microsoft's competing consoles.

Our analysis used a third-party API to randomly sample usage data from nearly one million active Xbox One Gamertags over a period of nearly five months starting last September (read the introductory piece for much more about the data and methodology). In the end, only about 1.5 percent of the more than 1.65 billion minutes of Xbox One usage time we tracked was spent on the 300+ backward-compatible Xbox 360 games, in aggregate. That translates to an average of just 23.9 minutes per sampled active Xbox One user spent on Xbox 360 games out of 1,526 average minutes of Xbox One usage during the sampling period.