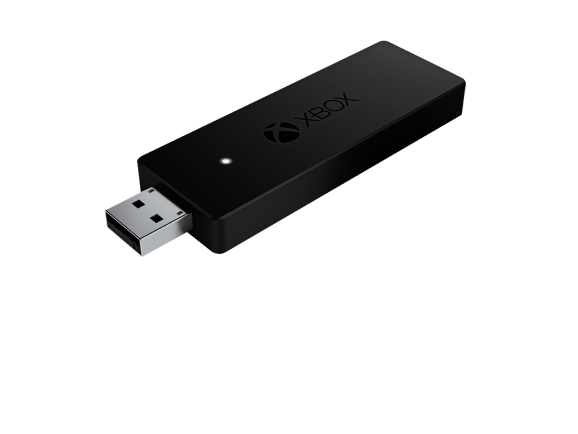 Microsoft has claimed for the last year or so that it plans to rededicate itself to PC gaming, and one of the results of that is an upcoming dongle.

The company plans to release the Xbox Wireless Adapter for Windows, as it is officially known, this fall for $25. This USB stick will enable you to connect an Xbox One joypad to your PC rig without an extra USB cable. You’ll just need to plug the adapter into a USB 2.0 or 3.0 port on your system. In addition to the standalone adapter, Microsoft also plans to sell it with the new version of its Xbox One controller.

Releasing this device is an important step for Microsoft. It previously provided a similar dongle for wireless gameplay with the Xbox 360 controller during the last generation, which was part of that joypad turning into the standard input device for both Xbox 360 and PC releases. The difference this time is that the Xbox One controller will only work with Windows 10. If you’re on Windows Vista, 7, or 8, you’ll need to upgrade. Thankfully, anyone on 7 or 8 will have the option to get Windows 10 for free.

The new adapter will not work with the Xbox 360 controller.

This is all part of Microsoft’s plan to further support PC gaming. The company will release DirectX 12 along with Windows 10, which will bring a bump in performance to people playing games on that operating system. Additionally, Windows 10 will feature built-in gaming options and an Xbox store that will serve up many of the same games and apps you can get on Xbox One.

Microsoft is even planning to present at the first ever PC Gaming Show at the Electronic Entertainment Expo trade event next week. It will likely try to continue to position itself as a supporter of this corner of the market, and it may even reiterate the info it shared today about its wireless controller dongle.