Xbox Is Recruiting Hollywood to Make the Next House of Cards 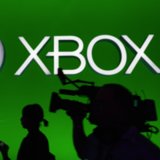 Netflix hit the jackpot with original series like House of Cards and Orange Is the New Black, and Xbox Entertainment Studios will attempt to do the same with a slate of new programs headed by Hollywood celebs like Steven Spielberg, Sarah Silverman, Michael Cera, and Seth Green. The shows will be streamed exclusively through Xbox Live on the Xbox 360 and Xbox One consoles.

Microsoft has a handful of shows in the works:

The entertainment announcements don't stop there. New updates for GoPro and YouTube on the Xbox platform are now available. The YouTube app works with Game DVR to upload gameplay video directly to your channel, just like the Share button on the PS4's new DualShock controller.

The newly launched GoPro Channel has arrived on Xbox 360 and will come to Xbox One soon. Xbox users will be available to view two exclusive videos on their consoles a week before they're available anywhere else. Footage captured on the body-mounted HD action camera will now be available for viewing.