Xiaomi has just confirmed via its official “Redmi” page on Weibo (Chinese social network), that the Redmi 6, or the Redmi 6 series is coming on June 12. If you take a look at the provided image, you will notice a huge number “6” on it, and in addition to that, Xiaomi did mention the “Redmi 6” in the caption of its post on Weibo, so the Redmi 6 will launch for sure, but we may see more than one smartphone launch on that day.

Xiaomi’s Redmi-branded smartphones have been extremely popular in some countries out there, especially emerging markets, like India, for example, as Redmi-branded phones managed to push Xiaomi to the very top of the food chain in India. The Redmi 6 will be announced on the same day as the Vivo NEX it seems, though those two phones will probably cater to a whole different market, as the Vivo NEX is expected to be a flagship phone, even though a mid-range Vivo NEX S variant with the Snapdragon 710 is also expected. The Redmi 6, on the other hand, will be a budget phone, and that applies for other Redmi 6-branded phones that may arrive. The Redmi Note 6 is also a possibility, but chances are Xiaomi will host a separate event for that handset. For those of you who do not know, Xiaomi had actually hosted a huge event not long ago, an event in Shenzhen during which the company introduced three Xiaomi Mi 8 smartphones, its new Mi Band fitness tracker, and a new version of its Android skin, MIUI 10.

Mysterious Xiaomi M1804C3CE, M1804C3DE, and M1804C3CC smartphones got certified by TENAA (China’s equivalent to the FCC), and those variants could represent the upcoming Redmi 6 handset, or one of the Redmi 6 variants, as the Redmi 6A and / or Redmi 6 Pro / Plus may also launch during the Redmi 6 event. In any case, the Xiaomi M1804C3CE, M1804C3DE, and M1804C3CC got certified by TENAA with an all-metal build, and without a display notch. Those devices got certified with a 5.45-inch HD+ display, and in three variants, 2GB, 3GB, and 4GB RAM variants. A 12-megapixel camera is included on the back of those phones, while a 3,000mAh battery was also mentioned. 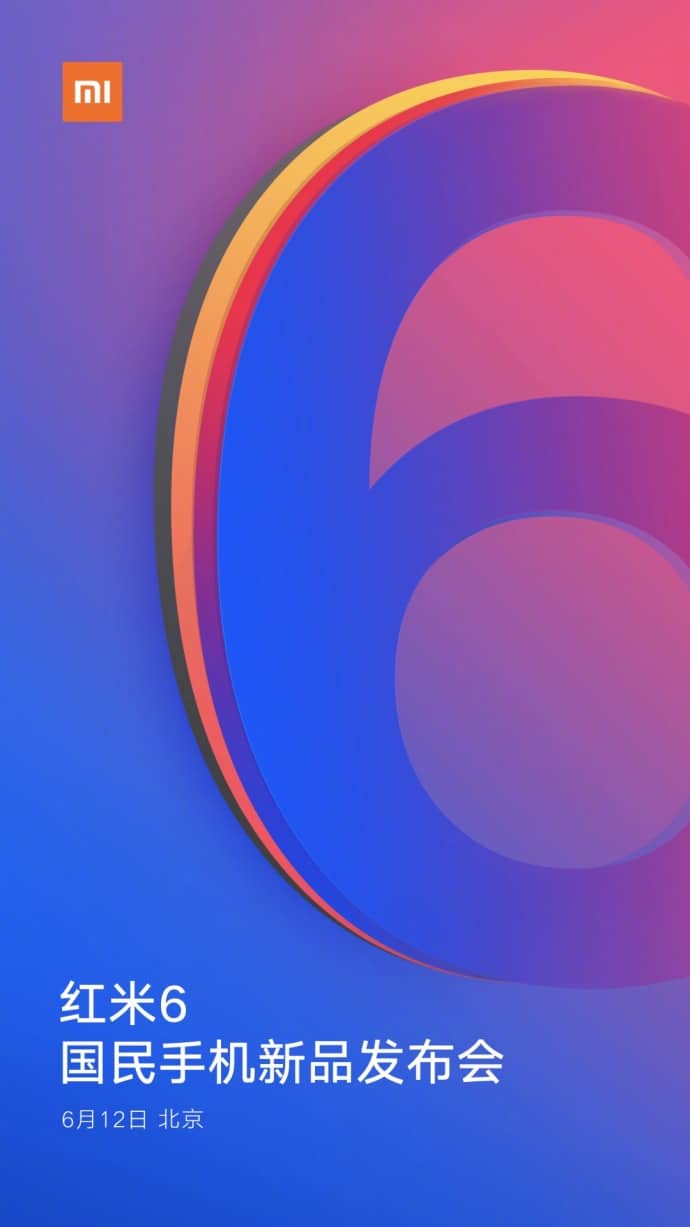