You May Notice Some Changes In Google Maps On Android Auto 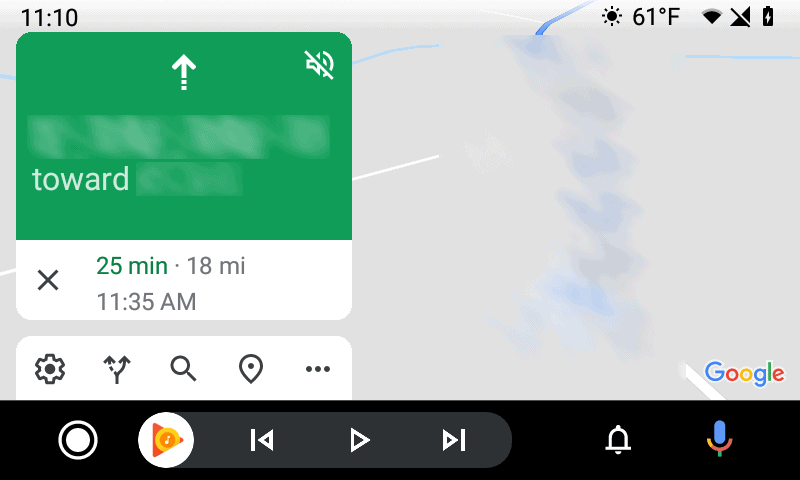 Google Maps on Android Auto just got a pretty minor facelift. Essentially, all of the icons in Google Maps have gotten the Material Design treatment.

Most of you likely already have the update, and didn't even notice that the icons had changed. Since it is such a small change, but it does make the app look a bit more modern.

Not all of the icons have changed

Not all of the icons within Google Maps have changed to get this new wireframe Material Design look. It's only the icons below the directions screen in Google Maps.

These are the Settings, Route Overview, Search Along Route, Destinations and the overflow button. And if you are not in navigation mode, there is only a single button for settings there, that has been changed.

So if you are just using Google Maps to see what the traffic is like on your route and not actually getting directions, you likely won't even see this change.

This was a server-side update as well, as there is no new Google Maps or Android Auto update available. And it looks like Google is pushing it out rather quickly. Which is pretty rare for Google, but nice to see nonetheless.

Now the icons finally match the rest of the app as well as the rest of Android Auto, seeing as the entire system had already been updated with these new icons a couple of years ago. But as is the case with cars, updates always take a very long time to reach them.

It's not a big UI change, but it does look good

This isn't one of those changes that is going to make Google Maps easier to use, or change the functionality at all. Google literally swapped out the icons for newer, Material Design ones. The icons are not even moving around or changing, which is good for muscle memory.

So that means that you won't need to change how you use Google Maps in Android Auto thanks to this icons update.

it's good to see that Google is still pushing out updates to Android Auto though. Seeing as it had been a little while since it had seen an update, some might have thought that it could be hitting the Google graveyard soon. Like so many of its other products out there. But no, Google is still keeping it around, and honestly, Android Auto is likely not going anywhere, anytime soon.

The post You May Notice Some Changes In Google Maps On Android Auto appeared first on Android Headlines.