Zagat app gets a complete UI overhaul in latest update 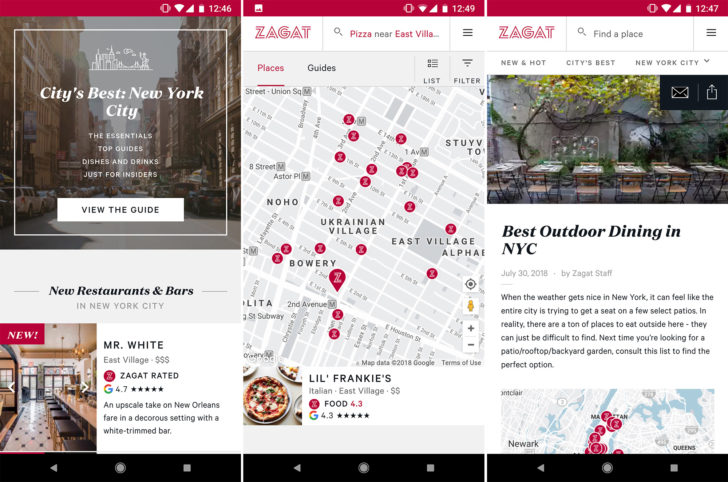 Google bought Zagat about seven years ago, but it let the company go earlier this year after basically ignoring it. Such sales often involve purchasers that only want a company's brand, but Zagat appears to be chugging along. There's even a newly refurbished Android app today.

This is the first significant update to the Zagat app in almost four years, which was early in the Material era. Here's the changelog. It's not very detailed.

So there you go—revamped UI. It's less of a "cookie cutter" app now. After selecting your city, you can navigate around using the shortcuts at the top of the app or the navigation menu on the right. The app includes various guides and lists for all supported cities as well.

Zagat might not be an essential repository of restaurant info anymore (Google Maps has beefed up its listings considerably since the Zagat purchase), but it might still have some useful insights.