Zelda spinoff Hyrule Warriors is coming to the Nintendo 3DS 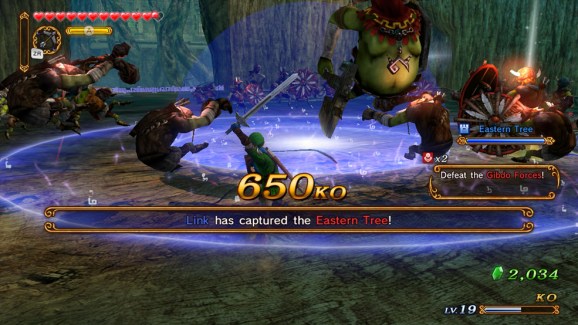 If you wanted to play the Zelda/Dynasty Warriors crossover but didn’t have a Wii U, you’re in luck.

Hyrule Warriors was a Wii U exclusive that took a more action-based approach to Nintendo’s popular Legend of Zelda series. However, a leaked video shows us that the game is soon coming to the 3DS.

So, an unlisted Techmo Koei video confirms that Hyrule Warriors is coming to 3DS https://t.co/nLDY8cZ2ne

Expect to see more about this port at the Electronic Entrainment Expo, especially during Nintendo’s digital event on June 16.