Some things are too good to be true, which may be the case with the ZTE Grand S II. Though it didn't come with the rumored 4 GB of RAM, the actual device that landed in Beijing isn't disappointing at all.

Unveiled as CES 2014 last January, the Grand S II represents ZTE's best, sporting topnotch hardware and bearing interesting features. You have a 5.5-inch 1080p Full HD screen that employs techniques to reduce power consumption. You have an ample 2 GB of RAM and 16 GB of storage. You also have support for 4G networks, at least of the Chinese variety. Finally, there is a 13 megapixel rear camera paired with a 2 megapixel shooter in the front. Let's not forget the voice features being advertised in this smartphone, such sa voice unlock, voice photography, and My-Drive.

Apparently, there have been some changes between that announcement and the actual product launch. First, the processor has been changed slightly. You still have a 2.3 GHz quad-core, but now it's a Snapdragon 801, which has support for a faster eMMC standard, dual SIM. Hopefully it is also the variant that has a faster GPU frequency. And although the 4 GB RAM rumor didn't pan out, it seems that ZTE is offering an exclusive version that sports 3 GB of RAM, 32 GB of storage, and a leather cover.

But perhaps the biggest, and probably best, surprise of them all is the price tag. ZTE is selling the Grand S II in China for 1,699 RMB, roughly $274, while the exclusive version is priced at 2,499 RMB or around $403. Definitely a bargain for those specs. Unfortunately, no global availability has been announced yet, but company's Weibo account reveals that the price will mostly be similar. 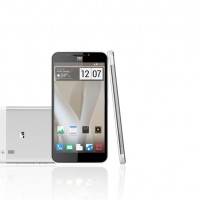 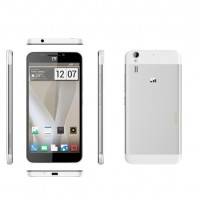 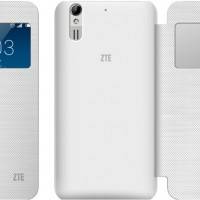