The ZTE Max Pro impressed us with just how much phone you can get with so very little money. This year, ZTE is back with the Max XL, which improves on the formula with a few notable upgrades and keeps the ridiculously low price of $130.

Although the Max XL looks nearly identical to the Max Pro, ZTE insists that the XL isn’t an updated Pro. The company sees the phones as separate product lines because of the amount of customizations needed to work on different network. Whereas the Max Pro was a MetroPCS and T-Mobile exclusive, the Max XL is a Boost Mobile (a Sprint MVNO) exclusive. However, the designs are nearly identical and it’s odd that ZTE isn’t marketing the phone as the same model.

At its price point, you would expect a bunch of compromises in features and performance but the ZTE Max XL actually gets you a lot for the money. You get a 6-inch IPS Full HD (1080p) display, 2GB of RAM, 16GB of storage (expandable up to 128GB via microSD), 4G, fingerprint sensor and a huge 3,990mAh battery. 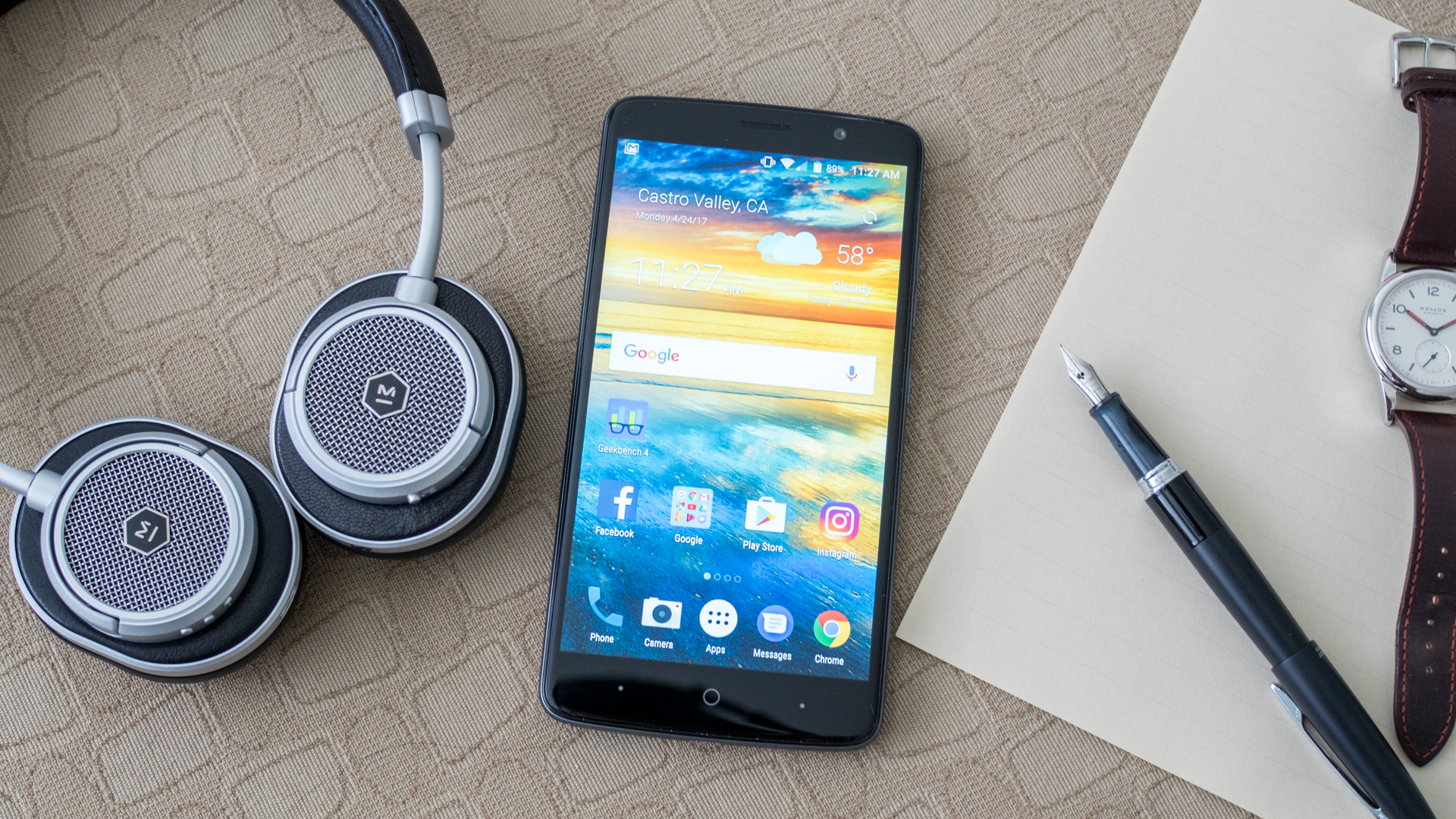 The ZTE Max XL will cost $130 starting today, April 25, from Boost Mobile exclusively. The ZTE Max XL is a US exclusive and will not be coming to the rest of the world.

The ZTE Max XL looks and feels nearly identical to last year’s ZMax Pro. That means the phone is still made entirely of plastic but still feels well put together. The plastic frame and large, hard to grip size makes the Max XL one of the slipperiest phones out there and we’ve already nearly dropped the phone a few times. The plastic back is nicely textured in an austere matte gray which feels nice to touch. 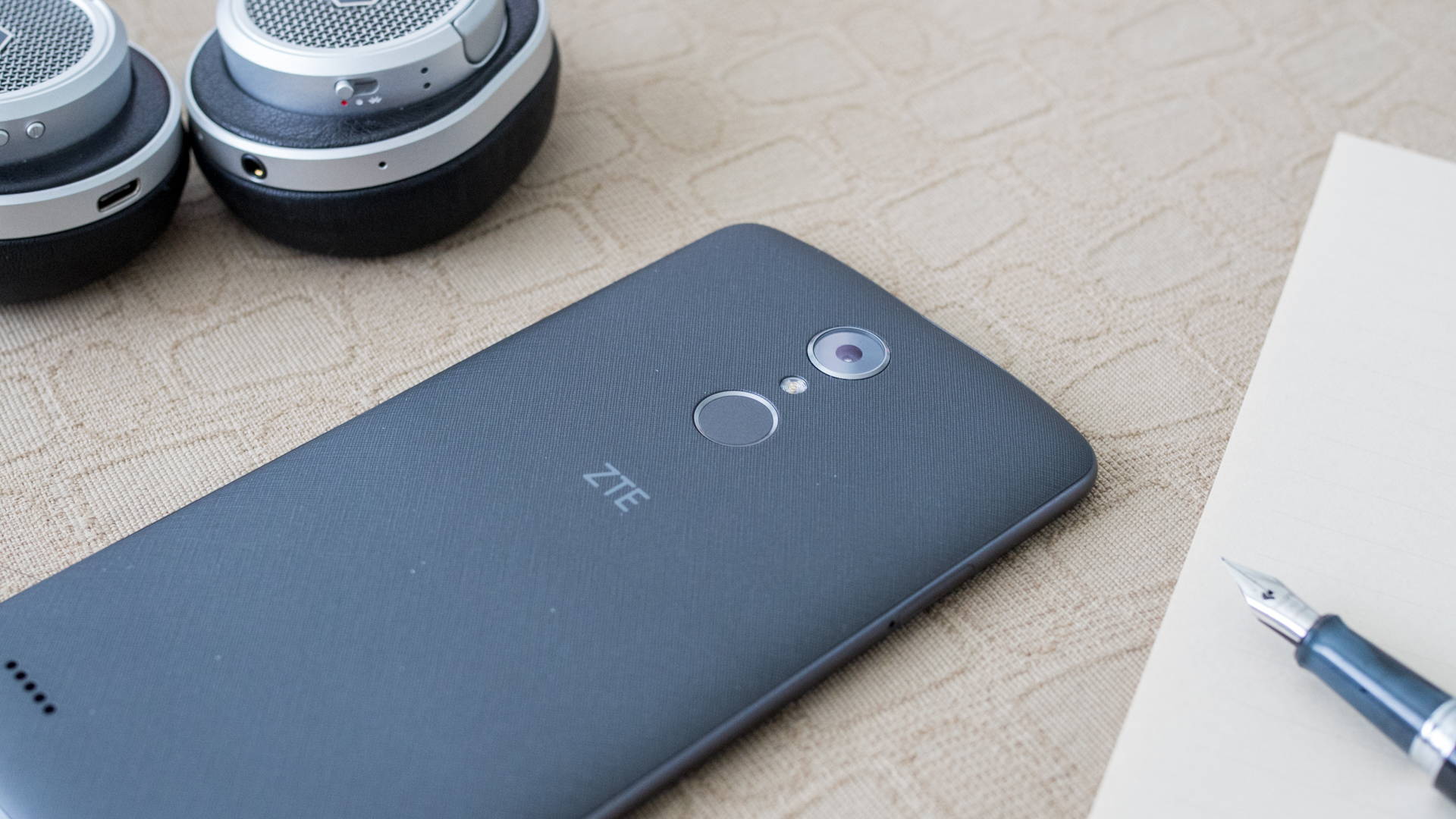 Looking outside of the ZTE umbrella, the design harkens back to the Motorola-made Google Nexus 6, with a large 6-inch display that feels unwieldy in one hand. This is a phone you’ll need to use two hands with.

On the front of the phone you’ll find the 5MP front facing camera, and capacitive touch buttons at the bottom. The home button doubles as notification light with a pleasing white glow. ZTE thoughtfully allows users to swap the back and multitasking buttons in the settings if you prefer Samsung’s reversed orientation. On the rear you’ll find the Max XL’s 13MP rear camera, LED flash, fingerprint sensor and rear-firing speaker. The speaker sounds pretty bad and is in the worst position possible on the phone as it’s easily covered up by your hand and any sound that leaks out is pumped away from you.

For a budget phone, it’s nice to see the inclusion of USB-C charging. This means the large battery of the Max XL can be charged relatively quickly with Qualcomm’s Quick Charge 3.0 technology. You also get a 3.5mm headphone jack at the top of the phone.

All of the phone’s buttons are located on the right with volume up and down rocker above the nicely textured power button. The button placement is comfortable for such a large phone with buttons nearing the beltline of the phone. 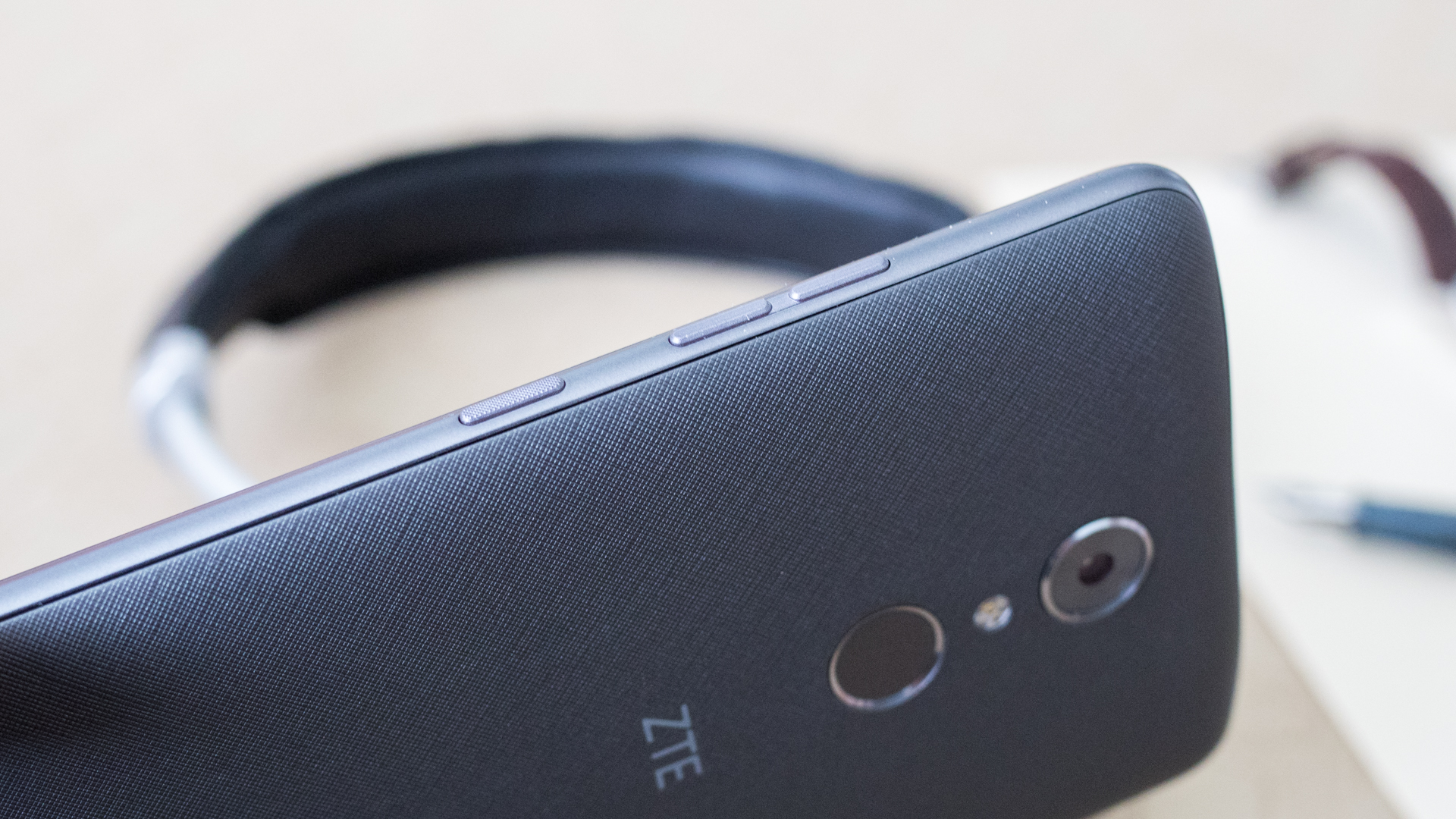 The ZTE Max XL comes preloaded with Android 7.1.1 Nougat, the latest version of Android at the time of this writing. Surprisingly, ZTE opted for a nearly stock Android experience with the only modifications being the ability to swap the back and multitasking buttons and a few pre-installed apps. The Max XL’s mid-range sibling, the ZTE Blade V8 Pro features a much heavier skin, so it’s refreshing to see an almost stock experience.

A Qualcomm Snapdragon 435 chipset and 2GB of RAM work in tandem to power the phone and overall, it’s adequate for browsing the web, listening to music and watching video but it won’t win any benchmark battles. In our short time with the Max XL, the phone felt snappy navigating through menus but stuttered when using split-screen multitasking. We also notice split-second lag when opening apps and opening web pages. 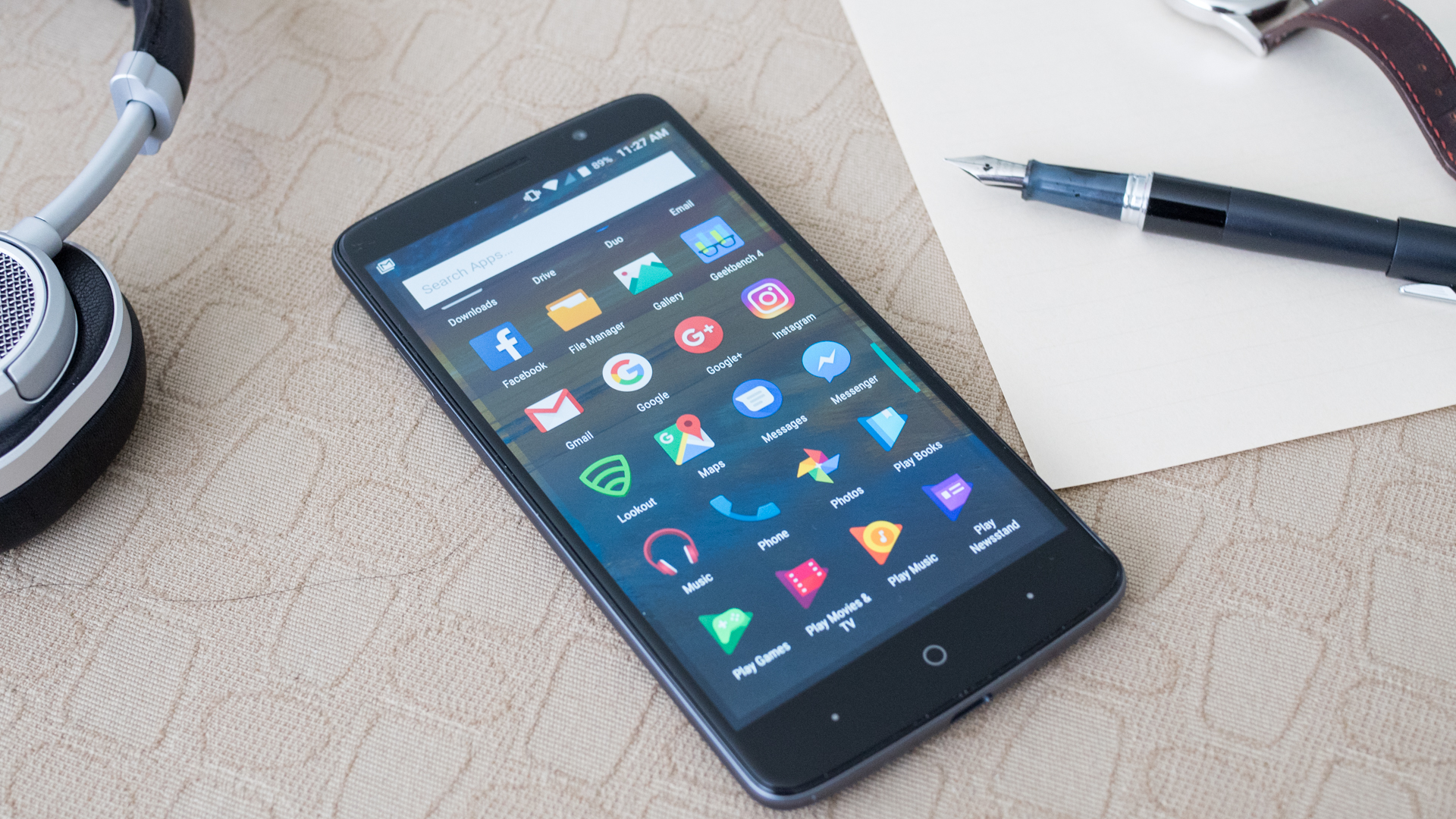 There’s 16GB of onboard storage with the ability to expand up to 128GB via microSD. This is a great option to have, especially if you take a lot of photos or have a big local music library.

While the our tester phone didn’t come with Boost Mobile’s bloatware, there most certainly will be on the finalized version. ZTE also pre-installed some apps like Facebook, Instagram and the antivirus app Lookout. It’s annoying they can’t be uninstalled but they can be disabled and hidden, which is the next best thing.

One of the biggest selling points of the ZTE Max XL is its huge battery. ZTE wanted to make sure users could stay away from the outlet for extended periods by cramming in such a large battery into an equally large chassis. The inclusion of Qualcomm Quick Charge 3.0 at this price point is impressive and will help top up such a huge battery quickly.

We haven’t spent much time putting the 13MP rear camera through its paces but don’t expect any miracles here. Last year’s ZTE ZMax Pro’s camera lacked dynamic range, sharpness and struggled with low light. This is all expected from a phone at this price point. 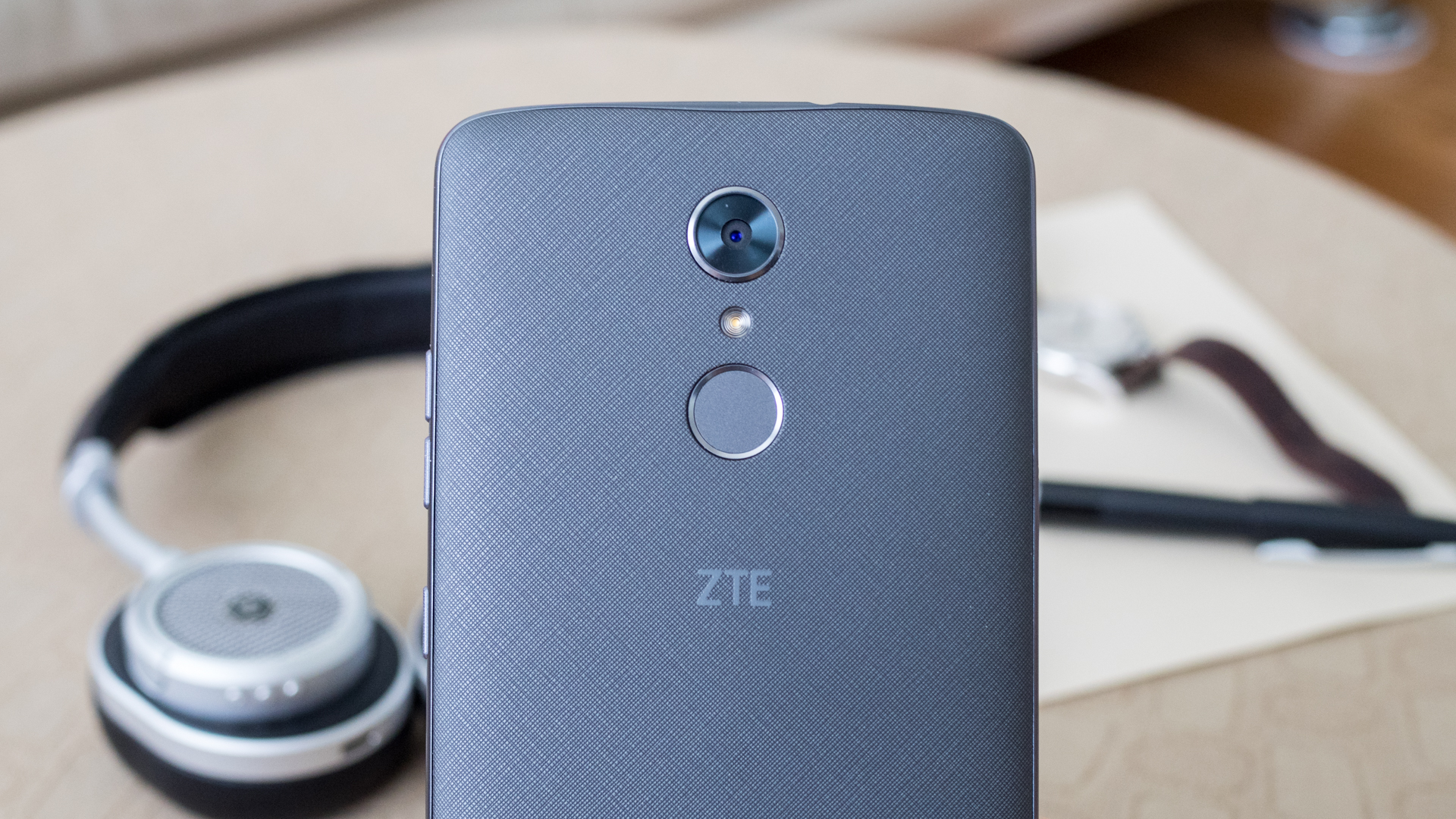 It’s pretty incredible to think you can get a full-featured smartphone for just over $100 today. At this price, you can feel comfortable giving the ZTE Max XL to clumsy kids or someone who doesn’t care about maximizing gaming framerates.

From our brief time with the ZTE Max XL, we were left impressed by just how little compromise there was to in terms of features and built quality. Performance will be tested in-depth for our full review but the slight stutters performing normal task don’t bode well for hardcore users. The ZTE Max XL appears to do the basics very well but we’ll reserve judgement until we can fully put the phone through its paces.