ZTE, best known for its excellent budget-priced phones like the ZTE Axon 7, is back to shake up the smartwatch market. The ZTE Quartz is the company’s first Android Wear smartwatch and on paper, it offers a lot for the money.

For under $200, you get a 1.4-inch circular AMOLED display (without a flat tire), the latest Snapdragon 2100 wearables chip, a 500mAh battery and 3G cellular service. That’s right; you can use the ZTE Quartz without needing your phone nearby to provide data or location services.

This means most women and men with smaller wrists won’t like how the Quartz wears, unless you plan to eat off of it. Of course, if the Quartz fits you taste and needs, you’ll be very happy with the amount of features you get for the price.

The ZTE Quartz costs $192 (about £155, AU$256) and will be a T-Mobile exclusive for the time being. ZTE says the Quartz will eventually come to other carriers but did not specify a date, nor did it state which carriers will stock the wearable. 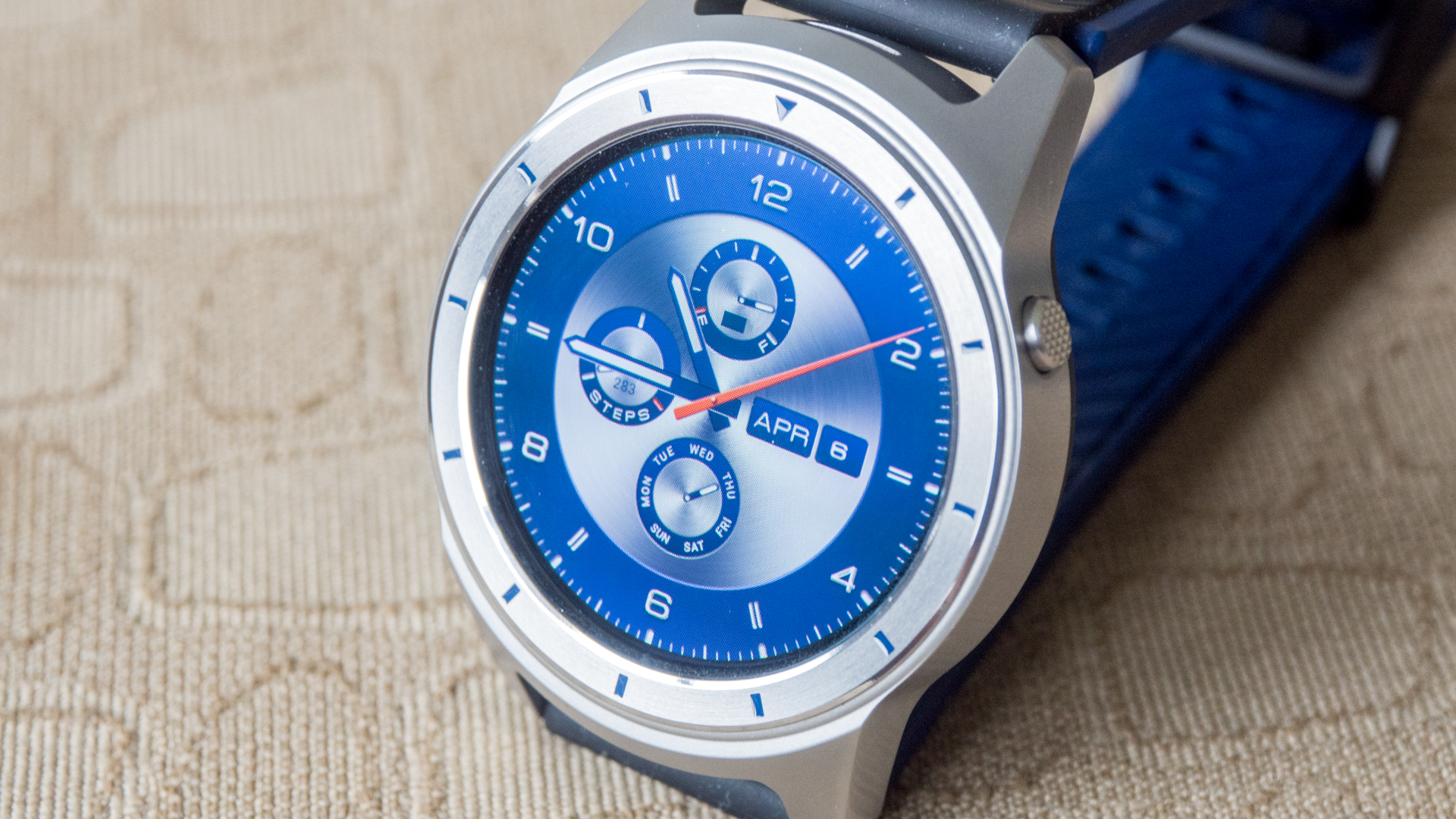 The ZTE Quartz will only be available in the US and there’s no word if ZTE plans to bring the smartwatch over to international territories.

It’s clear ZTE didn’t prioritize design and wearability with the Quartz. Compared to the large number of Android Wear smartwatches,the design is competent, but it doesn’t bring anything new to the table.

While we weren’t fans of the Asus ZenWatch 3’s proprietary straps, we liked that the company took the liberty to experiment with design with chronograph buttons and rose gold accents. 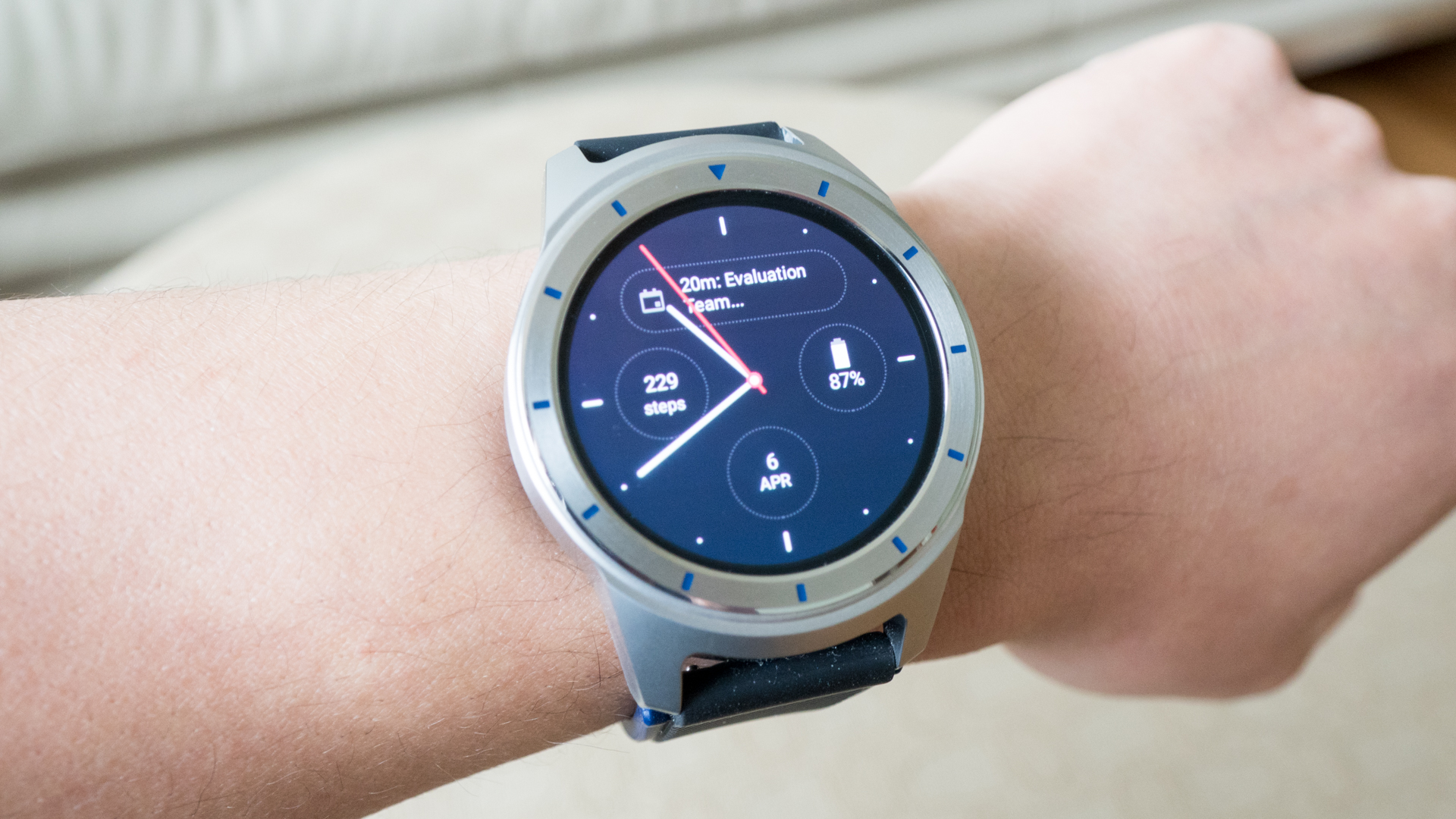 Speaking of buttons, the ZTE Quartz features a single button at 2 o’clock that offers quick access to your installed apps and Google Assistant. A single click brings up a list of your apps while a long press will activate Google Assistant without the need to use the “OK Google” hotword.

The Quartz features a stainless steel case with a plastic back that houses the charging pins. Notably absent here is a heart rate monitor, so fitness buffs won’t be pleased.

ZTE told TechRadar that it chose to omit this sensor to keep the cost down and because it thinks most fitness oriented users already own fitness trackers. It’s a choice we’re okay with since we don’t usually track our heart rate and it can be forgiven at its price range.

Thankfully, ZTE makes up for it a bit with standard 22m lugs that can accept regular watch straps. The included silicone black and blue strap is comfortable but not very stylish. Users can quickly take off the strap thanks to its quick-release spring bars.

The ZTE Quartz ships with Android Wear 2.0 out of the box and it’s a huge improvement over older versions of Google’s smartwatch operating system. Overall, Android Wear 2.0 offers a lot of nipping and tucking to make the whole smartwatch experience more fluid, requiring fewer taps and swipes to accomplish the same tasks. 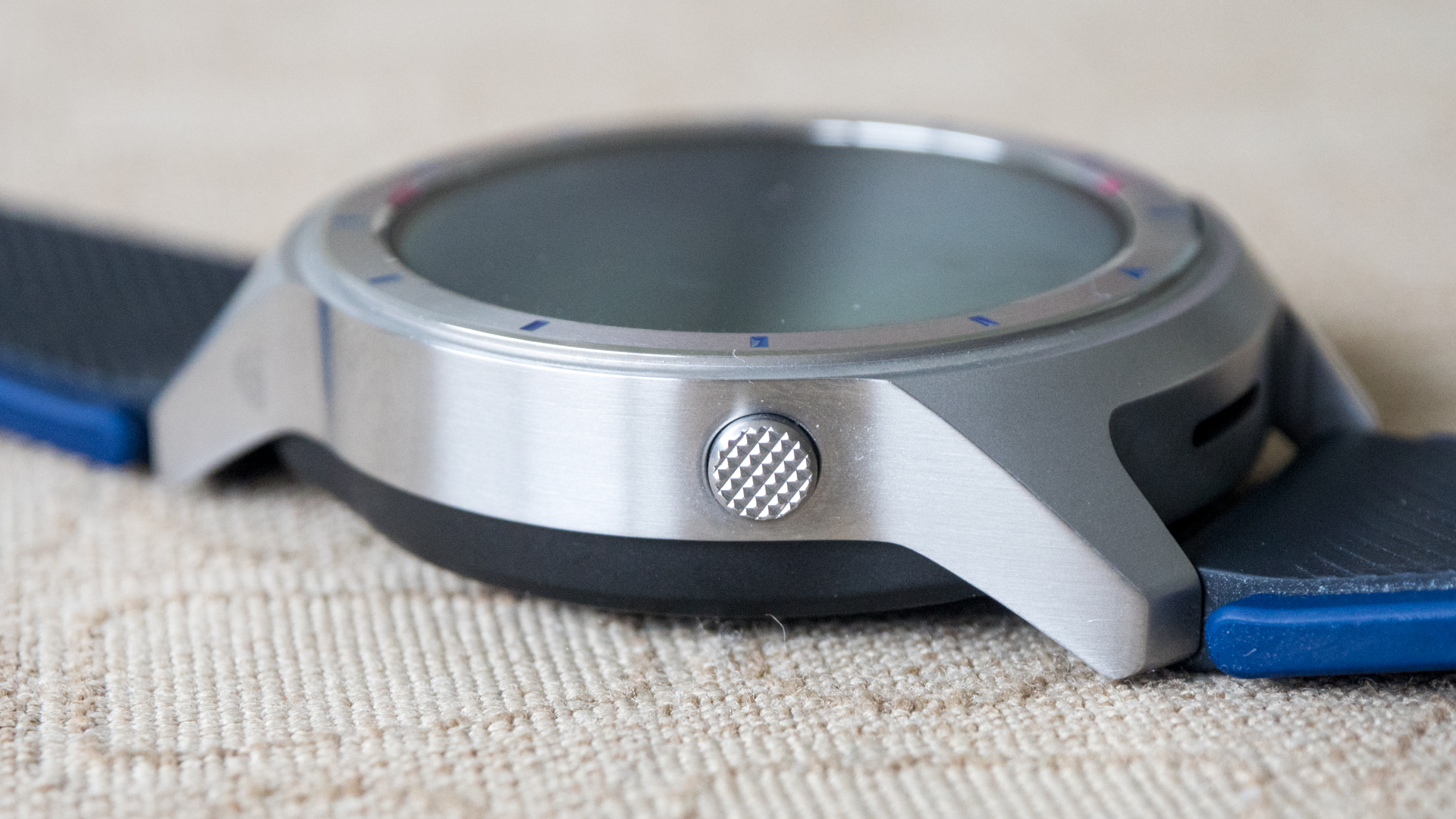 Combined with the latest Snapdragon Wear 2100 chip, the ZTE Quartz just flies through tasks. The smartwatch rarely stuttered, no matter how hard we pushed it by jumping between apps. Apps loaded quickly and the only app that showed lag was Google Maps, which struggled to load textures at first launch.

Android Wear 2.0 brings with it Google Assistant, which acts the same as Google Now did. Voice recognition is excellent though the Quartz, though it sometimes fails to register our commands because of connectivity issues.

Speaking of connectivity, the Quartz comes with Bluetooth, Wi-Fi and 3G built into the watch. This means you can take the Quartz on a workout without the need to bring your phone. 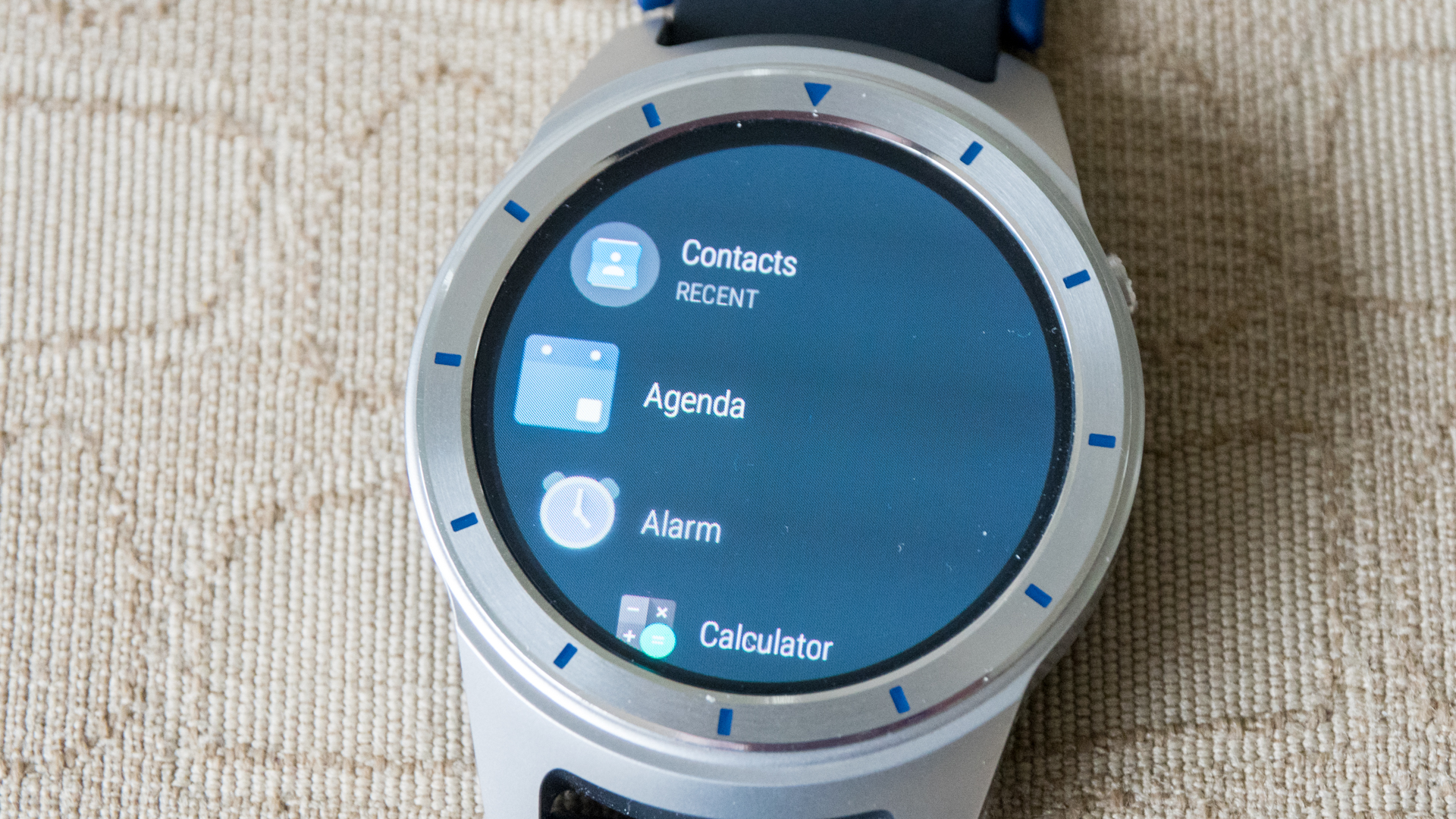 We tried this feature by going on a 22 mile bike ride while tracking our progress using Google Fit and it worked flawlessly. The watch provided us with notifications, mapping data and the ability to listen to Google Play Music without needing a phone nearby.

One of the ZTE Quartz’s biggest selling points is its 500mAh battery, which is larger than most of the competition. For example, the LG Watch Sport features a 430mAh battery and the Samsung Gear S3 has a 380mAh pack. The only smartwatch that boasts a bigger battery is the LG Watch Urbane 2 which has a 540mAh battery. 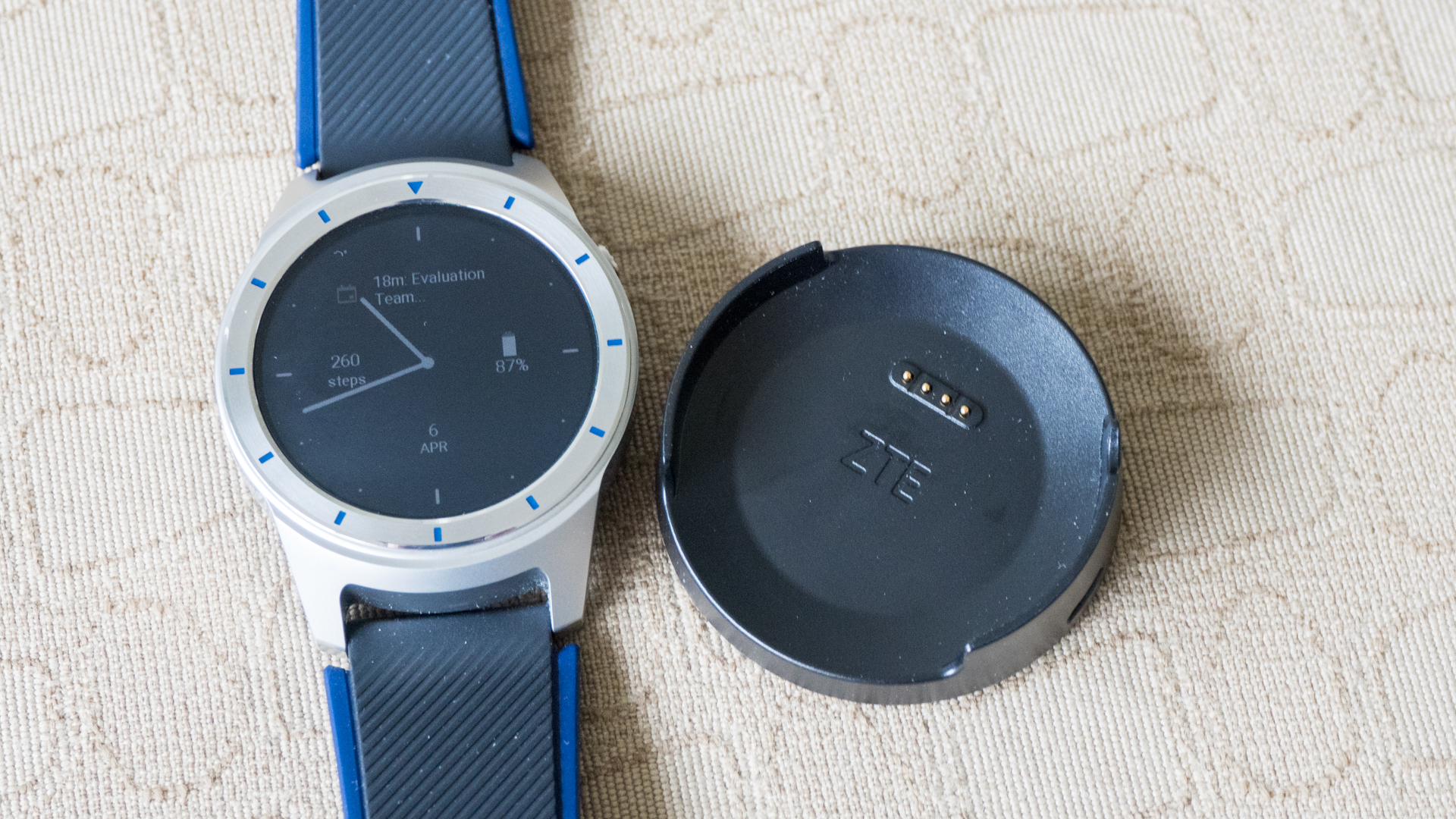 Equipped with its efficient Snapdragon 2100 and Android Wear 2.0, battery life is great for a smartwatch. ZTE claims the Quartz will last up to 36 hours on a charge which we never saw on our testing. To be fair, we had all of the radios enabled with the always-on display active.

Users could probably stretch battery life to the claimed 36 hours by disabling features, but we don’t feel that’s a real-world experience. On a typical 7AM to 10PM day, we saw the Quartz lasting without issue with 20-30% battery life when we put it on the charger for the night.

However, making calls, using GPS or using the 3G radio results in severe battery drain. Our 22 mile bike ride with GPS tracking resulted in a dead watch after just 4 hours.

The ZTE Quartz is a great value when it comes to Android Wear smartwatches. It packs so many features for the price and is a pleasure to use with the new Android Wear 2.0 software. It flies through tasks, lasts all day under typical use and can be used away from your smartphone thanks to its 3G capability.

It’s Achilles’ heel is its size, as many users will find the watch too big and heavy to be comfortable on the wrist. The design of the Quartz isn’t doing it any favors as well, as it looks like every other generic smartwatch on the market.

If you have large wrists and value function over form, the ZTE Quartz is a great choice. For every one else, there are better looking — and wearing — smartwatches out there, but expect to pay more. 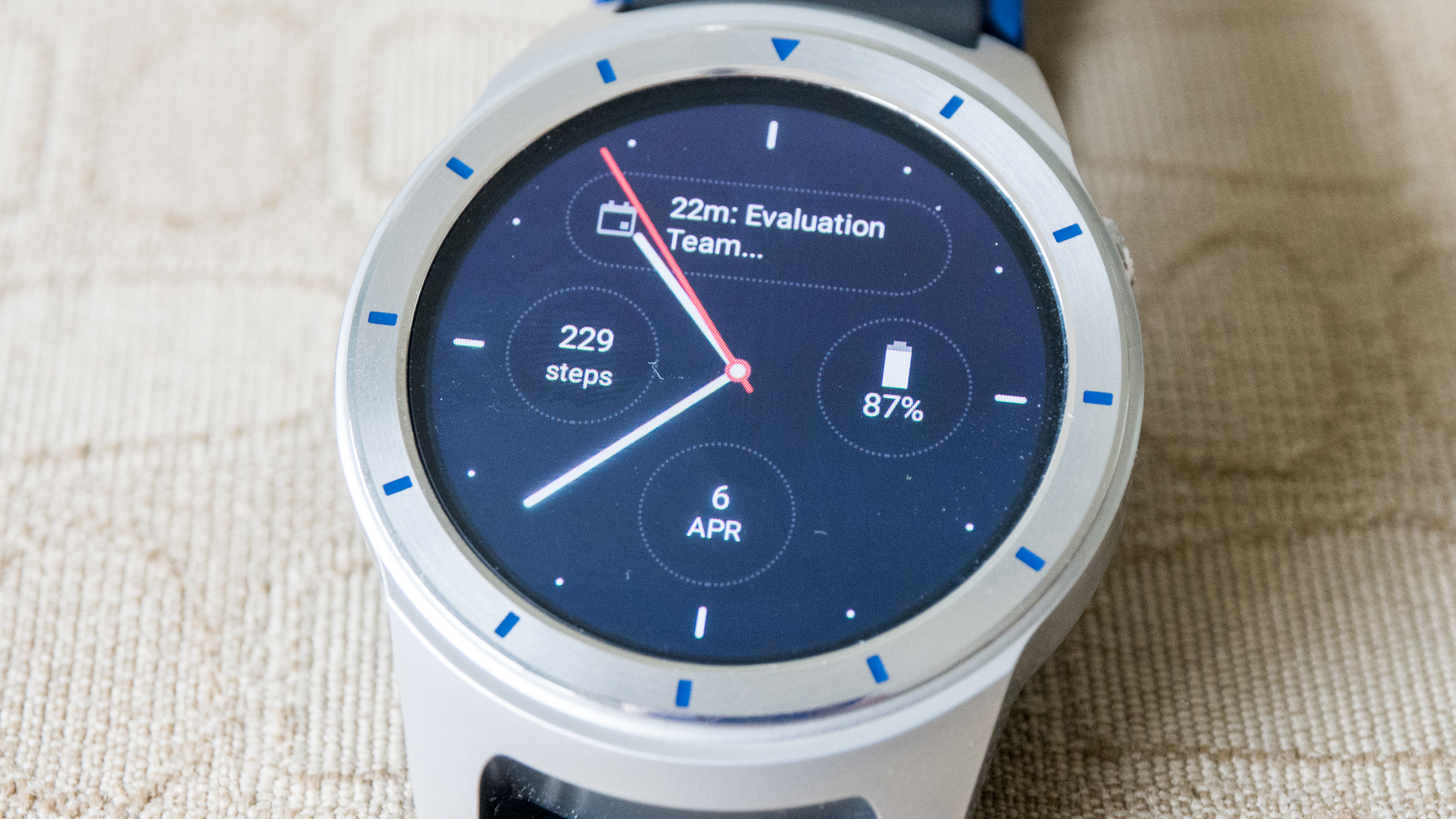 The ZTE Quartz is for the person who wants a smartwatch but doesn’t want to pay over $200. This smartwatch is built for those who care about function before form with wrists to match the Quartz’ behemoth size.

While the Quartz certainly won’t win any design awards, it looks understated and handsome enough and packs in a ton of features for the price. This is the smartwatch for value-conscious shoppers.

For the money, the ZTE Quartz offers great battery life, a large AMOLED display, 3G connectivity and the latest Android Wear 2.0 software. It may not be the best choice for a workout companion but it does a good job tracking distance and steps, which is enough for most users.

We’d like to see ZTE make a smaller but equally value-forward watch. If the company could make a smartwatch without 3G and GPS in a smaller body for under $200, it’d have something very special and competitive to offer. 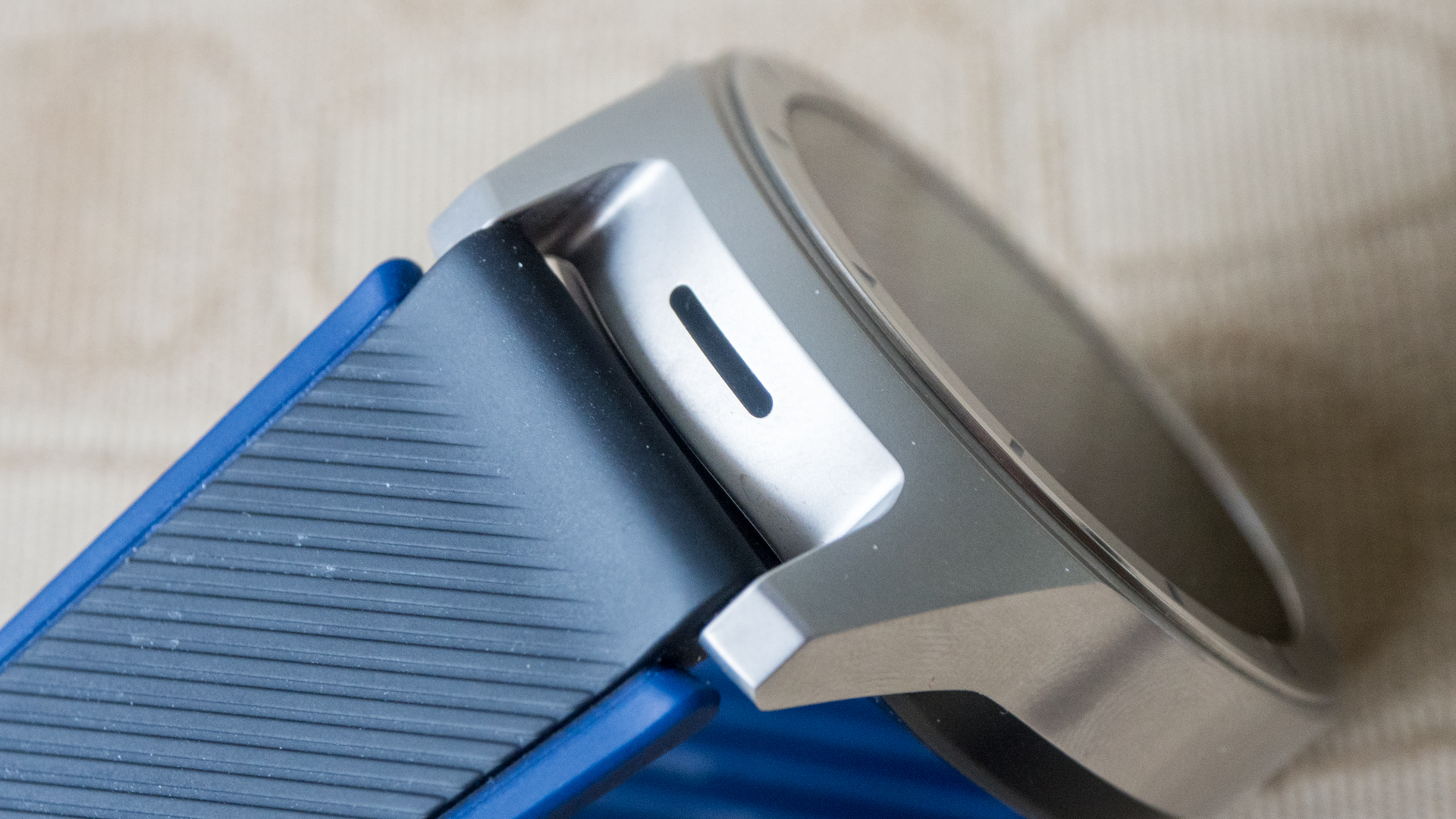 Should I buy it?

If you have big wrists and want a feature packed smartwatch for not a lot of money, the ZTE Quartz is a smart choice. It packs so many features at its price that it’s really hard to fault it.

But if you have average to smaller sized wrists, you’ll want to try on the Quartz in stores before deciding if you can live with the watch. The biggest issue with the design of smartwatches is that if you don’t like how it fits, you’re not going to use it and unfortunately, the Quartz won’t fit a lot of users. 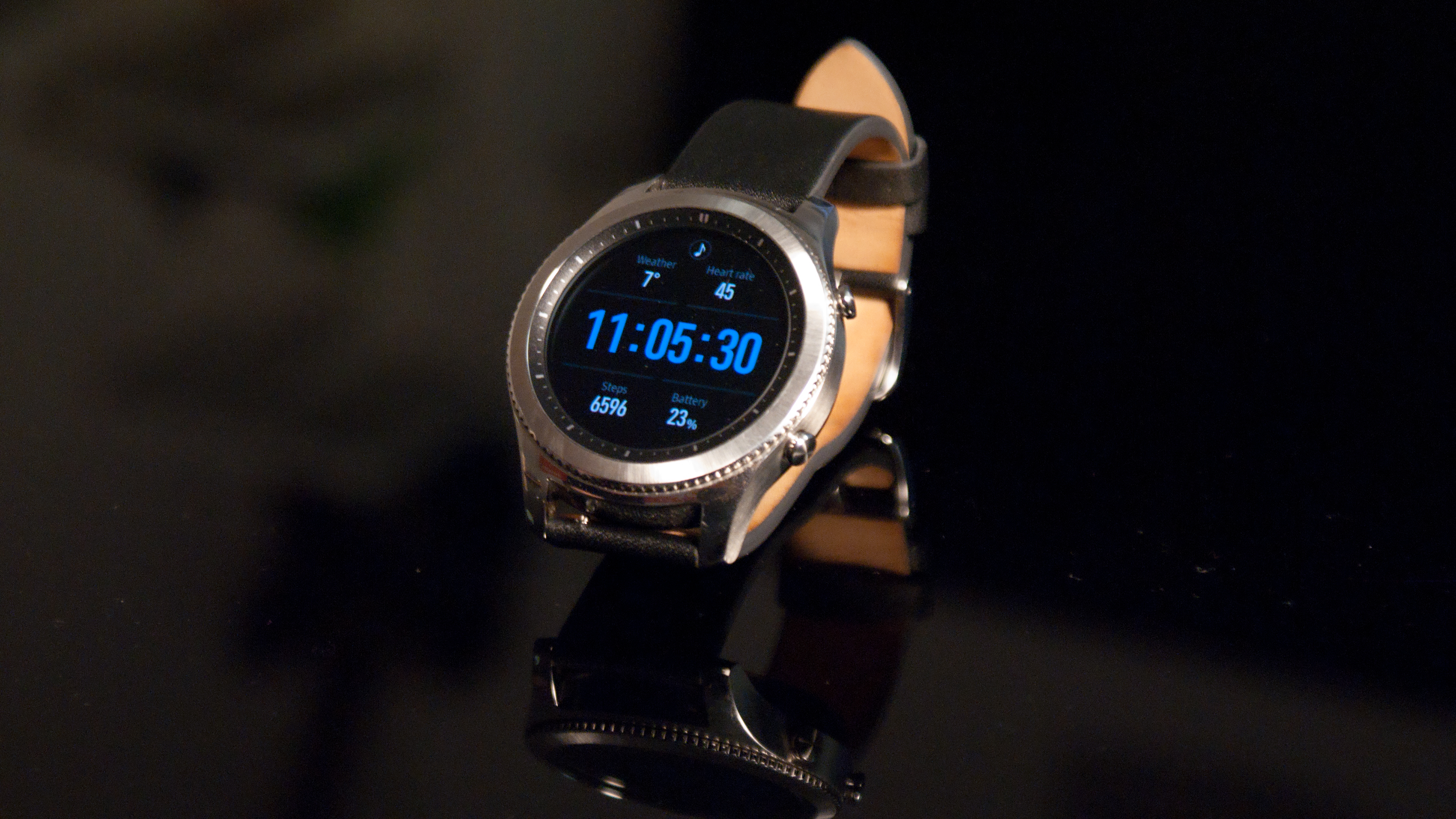 The Samsung Gear S3 is one of the best smartwatches you can buy. We liked it for its always-on display, activity tracking abilities and intuitive rotating bezel interface.

However, its Tizen operating system means there are far fewer apps for the Gear S3 than what’s available on Android Wear devices. It’s also quite large but is still smaller than the Quartz, so try it in stores before buying. 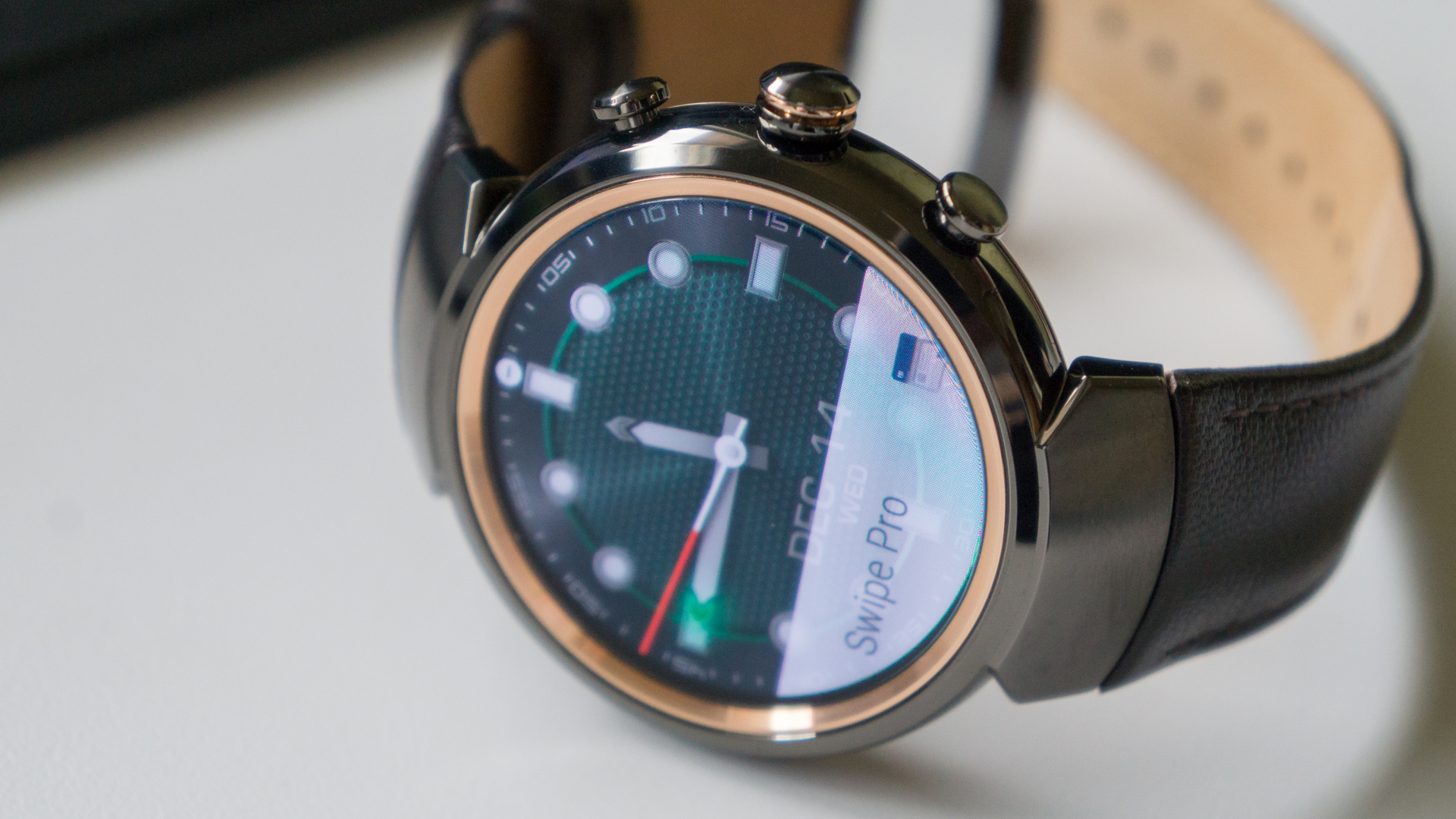 If you want a more fashion-forward smartwatch around the same price, the Asus ZenWatch 3 is a great choice. The ZenWatch 3 actually looks like a traditional watch with its faux-chronograph buttons that can be remapped to quickly launch apps.

It wears much smaller than the ZTE Quartz but lacks the 3G and GPS radios. As a result, the Asus is not great for those looking to use a smartwatch by itself during a run. It also has a much smaller 341mAh battery, so expect to top off throughout the day if you get a lot of notifications.